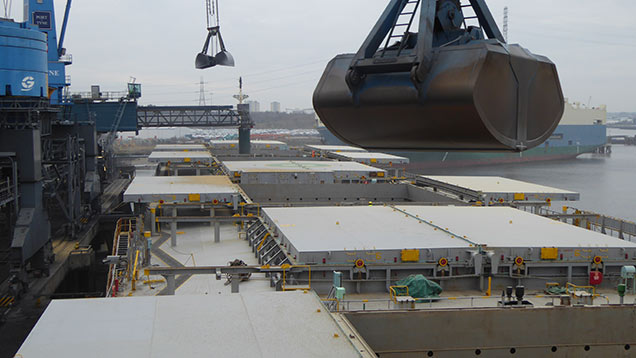 UK wheat prices held towards the end of the week, firming in some regions, with growers reluctant to sell.

Ex-farm spot feed wheat values on Friday ranged from £115/t to £125/t compared with a midweek range of £112/ to £120/t. Barley values were discounted by anywhere between £1/t and £10/t compared with wheat, depending on region.

There was good spot demand from domestic buyers and shippers, said Gleadell Agriculture trader Dave Woodhead. However at this stage in the season traders would expect to see more grain being offered by farms, he said.

UK wheat exports reached almost 938,000t by the end of 2014, with 225,000t going out in December. More than 30% of this went to non-EU destinations, the highest proportion of July to December wheat exports outside the EU for almost 20 years.

However stronger exports are needed – the volume shipped by the end of 2014 represents about one-third of our exportable wheat surplus and imports still just outweighed export volumes by the end of the year.

The strong pound has made exports to eurozone countries difficult but the strong US dollar has allowed greater access to less common destinations for UK grain, such as Thailand, Japan and the US, and for increased business with other third countries from some eurozone countries.

The pound hit a new seven-year high against the euro this week, strengthening to more than 1.35 euro/pound. Lower oil prices have brought down shipping costs and EU exports are forecast by analyst Strategie Grains at a record 32.5m tonnes.

Nevertheless the HGCA warned in its daily grain market report today (13 February) that UK prices may have to discount further to world prices in order to stimulate sufficient export demand.

A US Department of Agriculture world supply and demand report released on Thursday raised the department’s estimate of likely world wheat stocks for the end of this season but reduced European end of season stocks because so much export business has been done from the EU this season.

UK barley exports have also been going well, although at 742,706t are just behind those of the previous season to the same date (776,786t).

Most buyers of wheat or barley for third countries require 14% moisture, said managing director Gary Bright, who will be loading another 25,000t barley boat in May.

China is a growing destination for EU barley and is expected to take 1.62m tonnes of the EU’s estimated 7.9m tonnes of barley exports this season and even more in 2015-16.

UK maize imports so far this season, at 938,308t, match UK wheat exports and are high but lower than to the same date a year ago, when they stood at 1.345m tonnes.