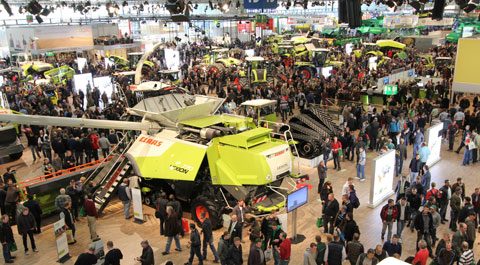 Farm machinery gatherings don’t get much bigger and better than Germany’s Agritechnica show in Hanover.

The monster event takes place every two years and after a rest in 2012 it’s back with a vengeance.

Visitors to Agritechnica 2013 – which takes place from 12 to 16 November – will be treated to the biggest display of farm kit yet, with some 2, 700 exhibitors occupying over 41ha of indoor showrooms.

Farmers Weekly has picked out 10 interesting bits of kit to look out for.