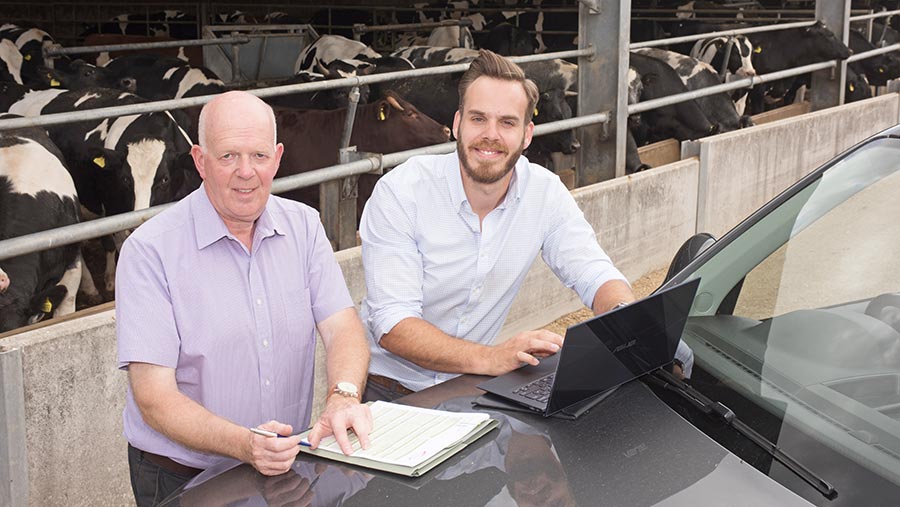 Ian and Michael Sturmer are the 2019 Farmers Weekly Beef Farmers of the Year.

Sturmer Farms is an exciting example of how the beef sector as a whole could reshape itself to reduce income volatility and better produce what the market wants.

Father-and-son team Ian and Michael have built a profitable beef finishing system by finding a way to operate at scale and having a deep understanding of what the consumer wants.

They have built up contract farming agreements with seven farms, which has given them the scale to finish a whopping 4,670 dairy-bred steers each year. 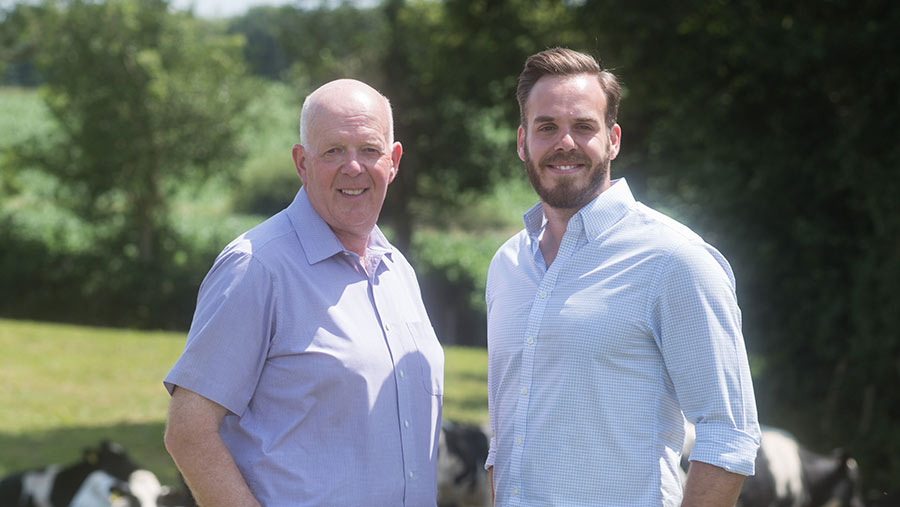 The East-Sussex-based business has grown rapidly since Michael came home to join the business after completing his university studies in 2012.

Business transformation
Previously a more traditional store cattle finisher, Ian said he grew dissatisfied with buying cattle from market, as the store price was not linked to the finished price and the wide variation in animals produced discrepancies in performance.

After extensive market research, the Sturmers say they settled on a dairy beef finishing system, as they have a higher eating quality, and the smaller carcass weights than continental breeds that supermarket buyers favour.

This model of finishing was their solution to the problem of how to build an economically sustainable beef system that produces beef consumers will value.

Using a single breed with an integrated approach helped them more accurately forecast animal performance, by reducing the variation in slaughter weight, conformation grade and fat class compared with conventional beef systems. It has also reduced the age at slaughter.

Specialised system
The system begins with a specialised calf rearer sourcing calves from across the region and taking them to five months of age.

They are then transferred to one of three growing units until they reach 480kg at about 11-12 months, before making a final stop before slaughter at a finishing unit, one of which is the Sturmer home farm.

Here they have a final 120kg of weight added in eight weeks before being sent to Dunbia.

Another two farms are involved to grow some of the feed required.

Cattle are grouped into lots of 45 across the farms. Feed intake – one of the key measures of performance – is monitored for each pen every day, with the aim to deliver a ration that is ad-lib, but cleared by the cattle.

Focus on feed
Each growing unit farm supplies its own forage, with the aim to produce quality maize and grass silage that is supplemented by barley, biscuit meal and maize distillers’ grains to yield an average growth rate of 1.4kg/day on the growing units.

More-uniform cattle and paying close attention to feed intake and composition has seen the number of kilogrammes of dry matter of feed it takes to add a kilogramme of weight – the feed conversion ratio – fall from 10.8kg on the pre-2012 system to 5.4kg now.

Not only has this significantly helped cut costs, but the Sturmers say the lower resource use has also reduced the environmental effects of their beef production – which is particularly pertinent in this era when the sector is under such scrutiny.

“Michael and Ian have transformed what some might perceive as a by-product into high-quality beef. They have overcome the challenges of working at scale by harnessing the skills of other farmers and designing a system that allows cattle performance to be closely scrutinised.”
Rhidian Jones, independent beef and sheep adviser at RJ Livestock Systems