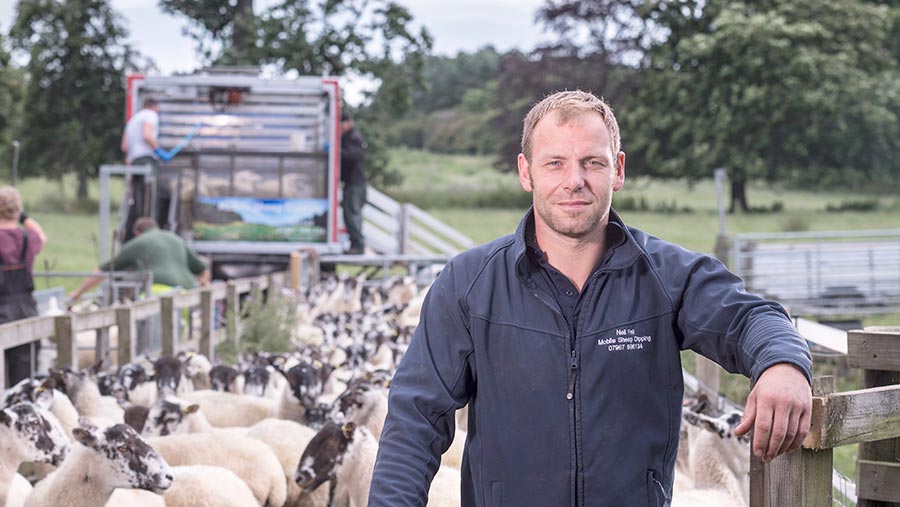 Neil Fell is the 2019 Farmers Weekly Innovator of the Year.

The return of sheep scab and resistance to injectables means dipping is back in vogue, and Durham-based contractor Neil Fell is the man who hundreds of UK farmers have turned to.

His mobile dipping service is available from Land’s End to John O’Groats and dominates a somewhat niche market, thanks to an ingenious home-designed plunge dipper. 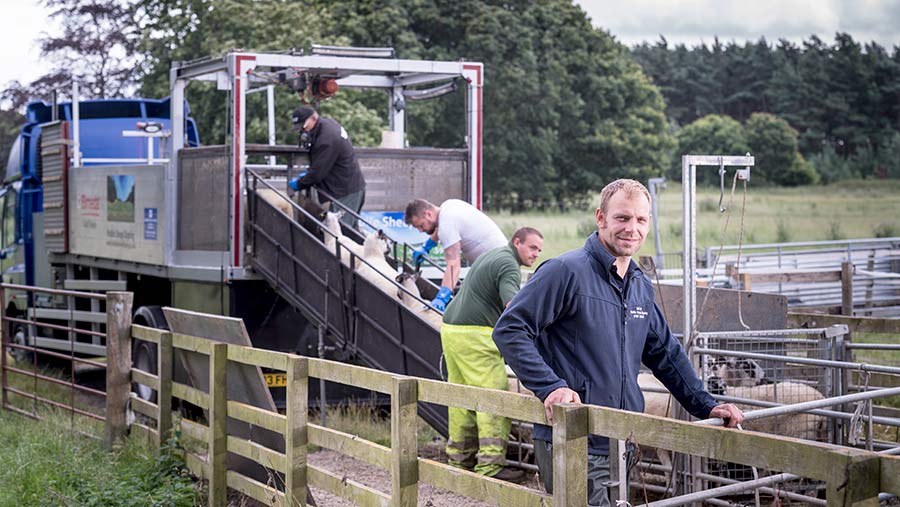 At peak efficiency, he can soak more than 4,000 ewes a day, providing an efficient response to the worrying revival of scab issues among British flocks.

He has been working closely with the Environment Agency, Natural England and the Welsh Dee Trust to introduce new industry safety standards and has been involved in the process of forming an accreditation scheme for contract plunge dippers.

Innovative dipper
Central to his business is a patented lorry-mounted plunge dipper that he designed after seeing portions of chips being dunked into oil at his local chip shop. It uses a remote-control cage system to lower batches of 12-18 sheep into the scab-clearing liquor.

Animals are herded up the rear walkway into the cage, which is then lowered using a winch into the 1,000gal tank of Bimeda Gold Fleece (diazinon) mix.

Their feet remain on the cage floor for most of the time, which reduces stress compared with traditional dunking methods, but they are totally submerged twice in a minute to make sure the dip fully covers them.

The animals then move to a rest area, with a gentle slope to take drippings back to the main tank, before leaving through one of the hydraulically powered gates.

Waste dip is transferred to on-board tanks and carted home – for which Neil has a waste carrier licence – where it is stored in a 20,000-litre container for almost a month. During this time the chemicals break down to the point of being non-hazardous, and it is then collected by a chemical treatment firm.

“Open-minded, adaptable, analytical farmers with a preparedness to learn have the greatest chance of ensuring their business is fit for the future. Neil has done this fantastically using his passion and innovation to build a brighter future.”
Caroline Mason, head of agriculture, Co-op