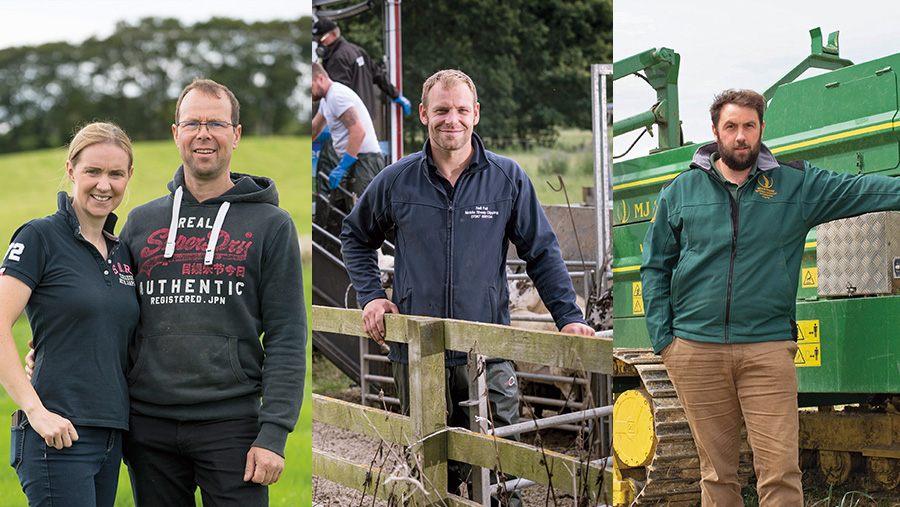 The most productive farm businesses have innovative farmers at their core. Whether integrating new technologies and techniques, or finding new ways of working and business arrangements, the most successful farmers realise the challenge of getting better never stops.

The finalists of the 2019 Farm Innovator of the Year award were nominated for displaying the most innovation in addressing key challenges on their farms.

This prestigious award will be given to the farmer whose approach has helped tackle a key issue and given tangible benefits to the business.

See also: Read about the changes previous FW Award winners are making in 2019

The competition was tough, but the judges used the following criteria to identify those who are going the extra mile:

Grassland Farmer of the Year finalists 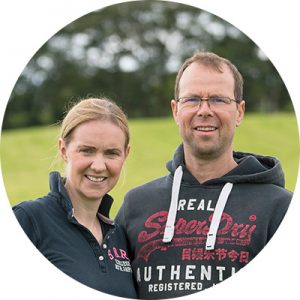 Roger and Hilary Bell are one formidable couple. Data informs every decision made on their grassland farm and across their flock of 550 Texel cross Mules – from weekly grass growth and fortnightly lamb weights to nutrient applications on a field-by-field basis.

Soils are sampled annually, and Hilary documents the results of pH, phosphorus and potassium, as well as grass growth measurements in a book. The worst-performing field is then reseeded each year. Currently, 96% of soils are pH 6 or above.

Although the flock is fully EID-recorded, the abattoir is unable to report killing-out data for individual lambs.

To overcome this, lambs are numbered before going to slaughter, so performance can be linked back to tups to evaluate which breeds perform best – and inform ram selection next year.

It’s not just data that sets the couple apart. They are true innovators of technology. Their low-cost system is operated mainly by Hilary, with Roger running his own contracting business.

The sheep enterprise can be run by one person, and Roger uses his engineering skills to find innovative ways to make jobs easier and help improve performance.

He liaises with Ritchie to create bespoke equipment, and is currently trialling automatic weigh scales that he designed for pet lambs. This links to a prototype app on his mobile that sends him regular updates.

It’s one thing recording data, but this couple are genuinely acting on the figures to lift performance year-on-year. This is clearly demonstrated by looking at their records over the past 10 years.

Contractor of the Year finalist 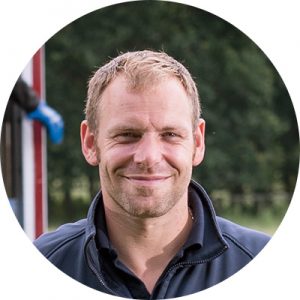 Neil Fell has revolutionised sheep dipping across the UK with his patented mobile cage plunger that has made the job safer for workers, less stressful for livestock and ensured maximum success in the battle against scab.

His home-designed system can soak more than 4,000 ewes in a day and has become the driving force in the industry’s response to its almost epidemic level scab problems.

The rapid spread of the contagious condition and resistance to injectables has led many farmers to return to the sometimes-unpleasant business of dipping, and Neil has become a figurehead in the push to improve its environmental safety and maximise its effectiveness.

He has been a key voice in talks with stakeholders including the Environment Agency, Natural England and the Welsh Dee Trust to introduce new industry safety standards and is in the process of forming an accreditation scheme for contract plunge dippers that will eventually see the rules tightened.

Neil’s ingenious mobile sheep dipping system has vastly improved the job for farmers, sheep and the wider environment, wiping out scab problems in the process.

Farm Manager of the Year finalist 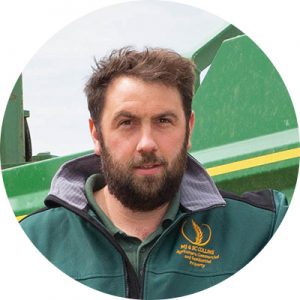 A mission to improve soil health led John Haynes to develop a bold plan to drain 180ha on old airfield land where performance was poor.

Stunned by a quote from contractors, he assessed the feasibility of investing in the farm’s own equipment to do the job.

The savings on contractor costs covered the cost of buying the kit in just two years and there is now a 10-year schedule to drain or re-drain the whole farm, with a contract drainage service being provided to neighbours.

Organic matter is being built across the farm through the use of sewage sludge, compost and reduced traffic farming. Yields on the newly drained land are up by almost 1t/ha.

A dramatic change in rotation saw sugarbeet and soyabeans brought in just two years ago. However, this is no toe in the water approach – with 170ha of soya this year, John is the UK’s largest grower. The rotation changes combined with his other initiatives have brought a £120/ha improvement in gross margin.

John’s innovative approach to team management also requires staff to appraise him, which has led to some changes in approach.

Staff are closely involved in budgeting and planning, also taking a turn in leading regular team meetings. This is part of their development plan, which also aims for everyone being able to operate every machine – another step towards achieving optimum timeliness.

John demonstrates wonderful staff management, a real drive in growing soya and his drainage enterprise has not only improved productivity but is earning valuable extra income.

“With our futures inextricably linked, it is through collaboration, knowledge sharing and support that we will achieve business resilience, seize opportunities and strive for a future united by food.”
Caroline Mason, head of agriculture