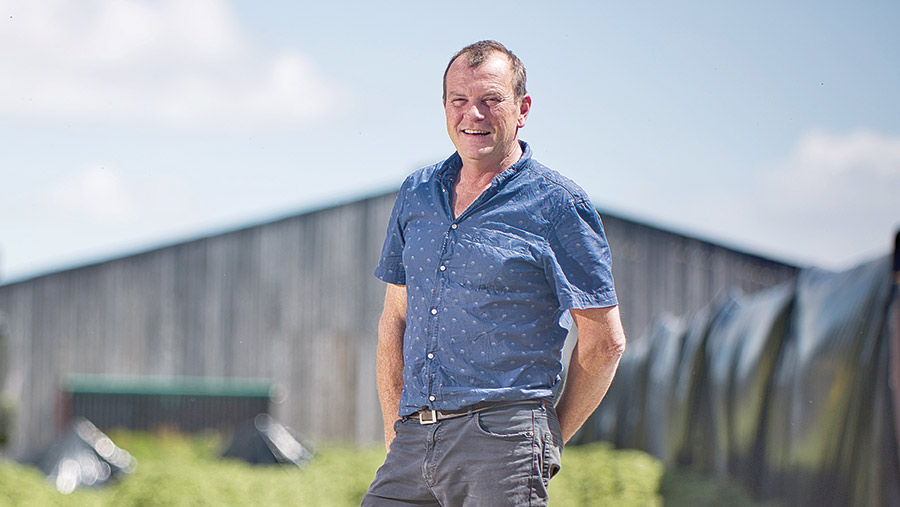 Martin Evans is the 2019 Farmers Weekly Mixed Farmer of the Year.

Succession is often a difficult subject in farming, but Martin has shown that tackling it head on reaps dividends.

Already running a mixed business, Martin has recently diversified even further to ensure that two of his sons will be able to continue farming, despite a large proportion of the land base being tenanted. 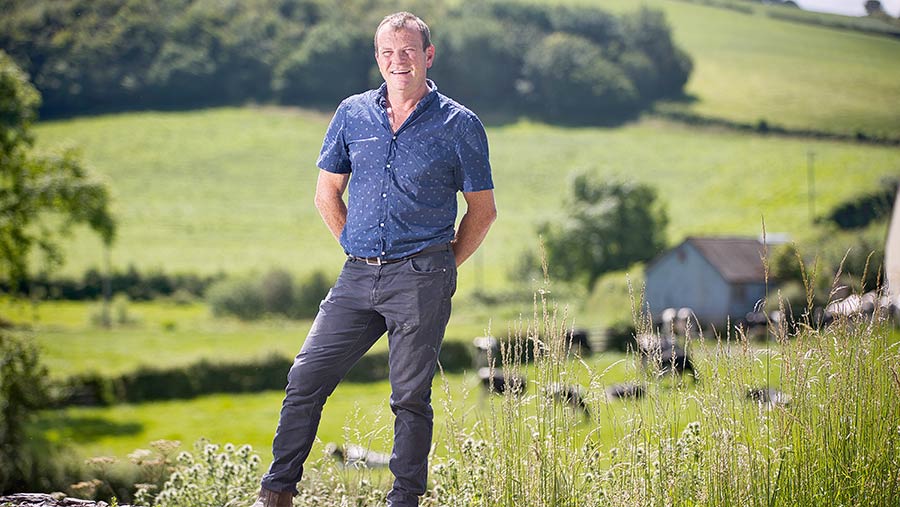 Having been given the freedom to manage the dairy and contracting sides of the business, sons James and Josh have already proven themselves worthy successors, with both elements going from strength to strength.

Nutrition
The injection of fresh blood into the dairy business five years ago, when son James took over the helm, has brought increased profitability through improved forage quality after a switch to multicut silage.

With experience from a placement year in dairy nutrition, James has overhauled the system at home and is achieving an increased grass silage energy content of 2.5MJ/kg fed, and an increase in protein of nearly 5%.

The farm was being penalised for its low fat and protein figures, so despite serving on the Arla board of directors for 12 years, a switch to Muller 12 months ago was seen as the best option for the future.

Second son Josh has taken control of the contracting business, operating three foragers across 6,100ha within a 50-mile radius. The team manages foraging, and grows maize, rye and wheat.

Keen to net a slice of a market that is growing at 4% a year, two years ago the farm moved into broilers after Josh spotted a market opportunity.

Two sheds were built in-house to keep down costs, and now house 100,000 birds, with the farm on its 13th crop at the time of judging.

Twice the poultry operation has achieved a European production efficiency factor (EPEF) of more than 400 – a reflection of its technical excellence.

Savvy investment
Land is the farm’s biggest challenge. Martin’s parents’ farm was a 24ha council holding, where he milked while also farming beef and sheep on a 15ha tenancy of his own.

Martin eventually secured the dairy on a 72ha private tenancy, and started out in contracting, allowing him to build up to a position where he could buy land of his own.

The first piece of land was bought in 2001 and the business now owns 151ha, with a further 280ha tenanted.

Savvy investment in the dairy facilities has helped improve cow performance, while also allowing Martin to extend the tenancy back to its original 40 years.

Taking the helm
While Martin is still very much involved in the business, he has allowed his sons the freedom to take the enterprises in the direction they see fit, which has seen the dairy excelling in recent years.

In just two generations, there have been massive improvements – not just in nutrition and yield, but also fertility.

With the heat detection rate up to 63% from 39%, they have been able to bring the calving interval down to 373 days from 421 days.

The average age at first calving has been reduced from 28 months to just 23.2 months. The health of the herd is also improving, with the herd certified as BVD-free, and lameness being tackled with a second cubicle shed.

A word from our independent judge:

“Martin has demonstrated phenomenal growth over several enterprises while maintaining standards in a very short space of time. His business structure was exemplary and all stakeholders are involved in any decision-making.”
Matthew Curry, Head of Northumberland Farming, Strutt and Parker