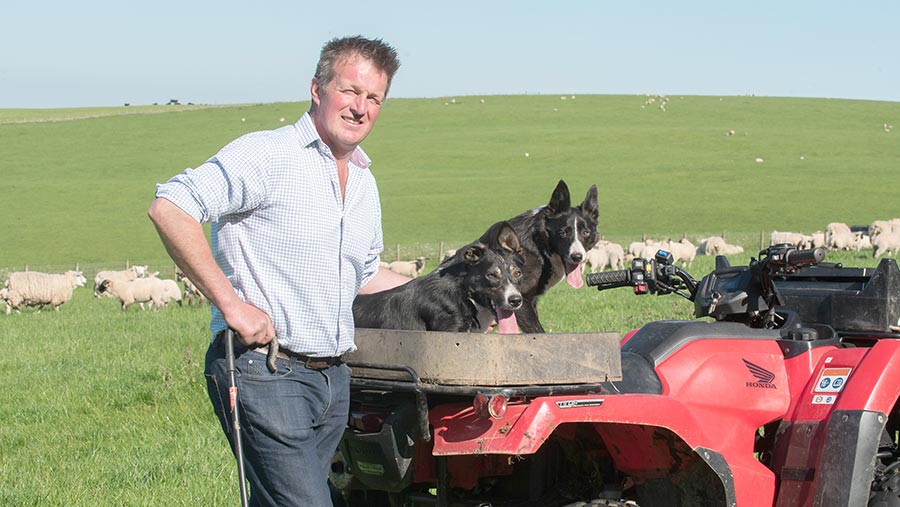 There is a world of science, progressive farming methods and expertise out there, but it takes talent, vision and hard work to put it into practice.

James Logan and the team at Pirntaton have shown they possess these three attributes, having turned a traditional upland pedigree breeding farm into one of the UK’s leading commercial units.

In just six years, James has transitioned from a stratified sheep system reliant on bought-in feed and income from pedigree sales to a forage-based system using New Zealand Romneys. 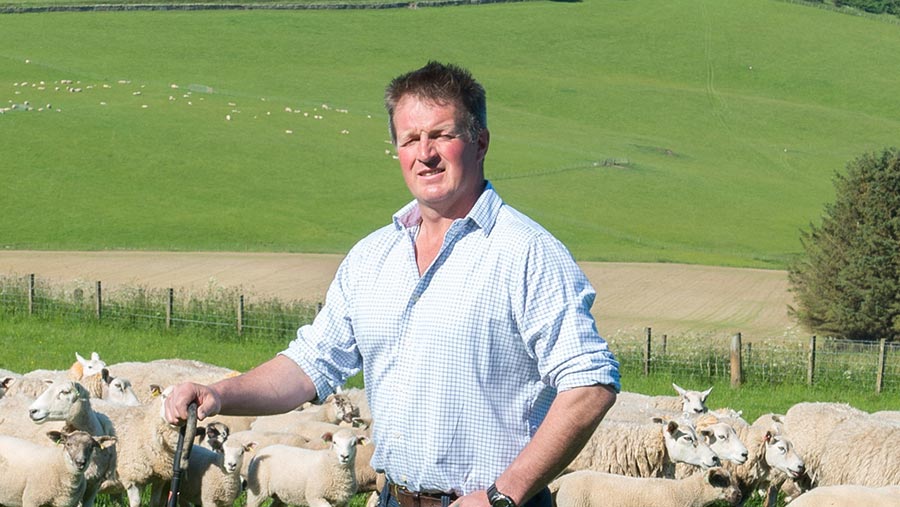 The Romneys are crossed to Abertex or Lleyn to produce a maternal, compact, easy-lambing ewe with hybrid vigour. Purebred flocks of Suffolks and maternal Texels are used as terminal sires.

With an open mind and a willingness to learn, James has managed to set change in motion, cut feed costs and simultaneously wean more lambs by growing more grass.

Mindset
Previously, the system produced Blackface rams up to £7,000 and terminal sires that regularly finished in the top averages at the Kelso tup sales.

However, James started to question whether the farm could continue making this work into the future, and looked at lower-cost methods of producing red meat and diversification options.

This is when he embarked on a journey to change his mindset, by travelling, asking questions, seeking advice and becoming a host farm for the Quality Meat Scotland (QMS) grazing group.

Increasing the carrying capacity of the farm and cutting costs is not all he has done to bolster the farm’s profitability. The farm also trialled a collaborative lamb-finishing arrangement with a lowland arable farm on red clover leys in 2018.

The trial finished 500 lambs, taking pressure off the farm during the drought. This approach will be explored further in the future.

James is currently planning to run 400 hinds in total and still produce 3,000 lambs a year.

To achieve this, the software has calculated the farm must grow an extra 0.7t DM/ha.

A gravity-fed water system supplies paddocks and most watercourses have been fenced off from livestock.

This has been achieved on old swards and only 38kg nitrogen/ha/year. However, more fertiliser and some reseeding work is planned to further increase farm output.

A plantain and red/white clover ley has been grown to finish lambs and 9ha of fodder beet and 12ha of kale will be used to winter sheep this year.

“It was great to see the changes James and his family have made to prepare for the possibility of a subsidy-free world. They are prioritising grass and forage use and livestock performance, while ensuring labour efficiency.”