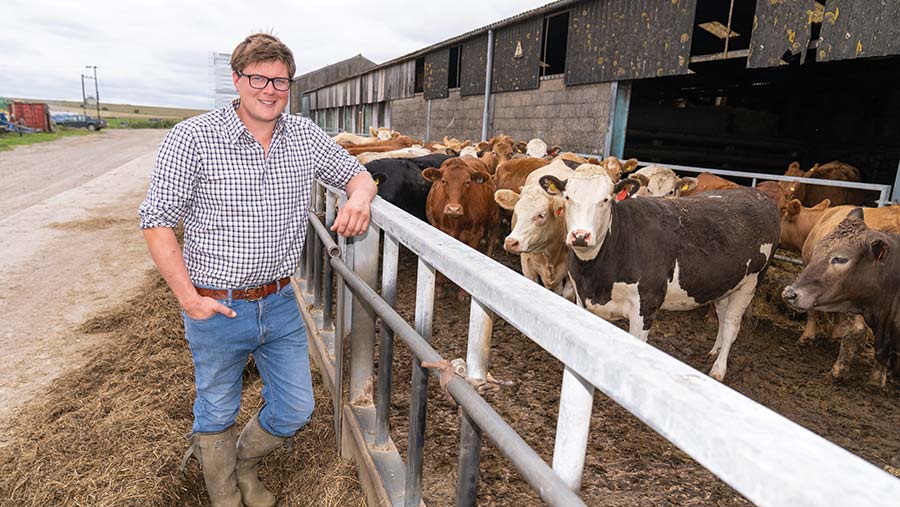 James Waight is the 2020 Farmers Weekly Beef Farmer of the Year.

Diligent herd management and careful stewardship of the land has marked the Wiltshire farmer out as an operator that is well-prepared for a future where scrutiny of agriculture by government and consumers is only going to intensify.

Finding a way to raise cattle profitably while still protecting and improving the environment is high on the list of challenges farmers face in an industry that has been beset by negative publicity in recent years.

While farmers are right to cast a critical eye over many of these claims, if they want eco-conscious consumers to continue to put beef on their plate, they need to demonstrate the positives that cattle can bring to ecosystems.

This is a challenge that James has risen to through his careful stewardship of the 4,400ha organic upland farm that stretches across 24km of land he shares with troops, tanks and heavy artillery.

The Wiltshire-based, Ministry of Defence (MoD) tenant farmer is producing top-quality, Charolais-sired calves from home-bred South Devon and Aberdeen Angus cows on unimproved chalk grassland – a rare habitat in which a plethora of plants and wildlife are still able to flourish.

This includes 40 of the UK’s 200 breeding pairs of the stone curlew, with cattle used to maintain sward at different heights to allow a wider variety of species to find a home, meaning they are actively promoting environmental benefits.

James says he is proud to work closely with MoD ecologists who monitor the land closely and created a bespoke farm management plan, including setting stocking densities in different areas, with some parts of the land grazed just once a year.

Other grass is grazed tighter to avoid the tinder-dry summer land being ignited by exploding shellfire, with James in daily contact with army rangemasters to keep cattle and soldiers apart.

The business has switched from previously selling all cattle as weaned stores to fattening the majority, which earn a 40p/kg organic premium, as well as an additional bonus for being home-bred.

The 470-head breeding herd calf outdoors after the practice was introduced to improve disease control.

This means docility and ease of calving is prized, with a focus in the past five years on improving unassisted calving rates without sacrificing carcass quality.

Cows are split into a spring- and autumn-calving block, with heifers retained from the autumn.

A soft weaning method was trialled last year to help maintain calf growth rates, where calves and cows were housed in adjacent yards with access between the two slowly withdrawn.

Weaned calves are brought in for finishing, with the beef enterprise supported by part of the 600ha arable arm of the farm, run by James’ brother, Henry, which provides organic barley for the ration.

Four cuts a year are also taken from 40ha of lucerne, which is praised for its high protein content and ability to thrive on the dry ground.

Improved management of fattening cattle has already seen the average slaughter age come down from 29 to 24 months, with more trials of mixed forage options planned for the future.

“The fit of the suckler herd with the grazing resources of James’ farm and their role in improving the chalk grassland was very impressive. Using lucerne to finish the calves was also a smart integration with the arable land.” 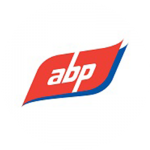 ABP Food Group contributes an estimated €1.3bn each year into the rural economies in which it operates.

We recognise that the farmers who supply meat to us are vital partners in ensuring that the quality of our product is maintained and traceability is ensured.

Our core business – ABP Beef – is supported by its renewable, pet food and protein divisions, which combine to ensure the value of by-products is maximised and the environmental impact of our business and customers is minimised.