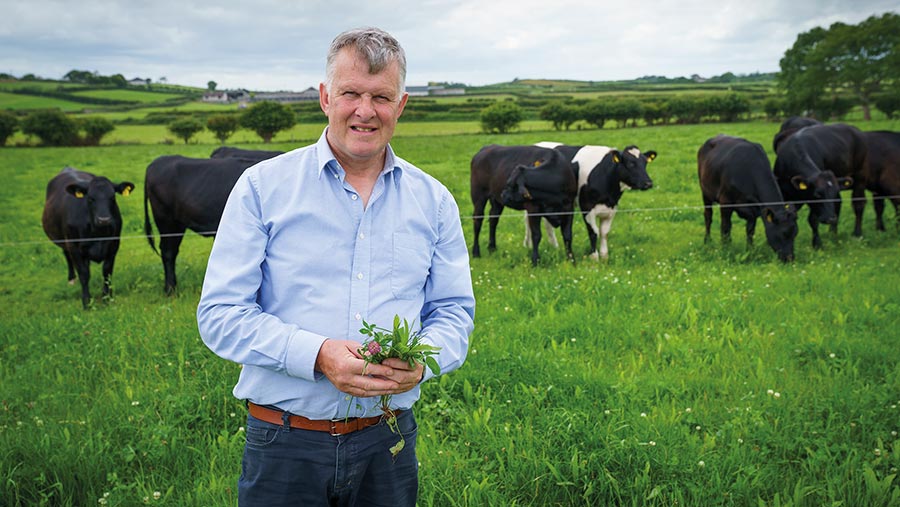 Sam knows his business inside out and has his finger on the pulse of all his costings. This, alongside impressive grass use, is what really sets him apart from his contemporaries.

He is making the most of every blade of grass grown on the farm – and he can grow a lot! Last year, he grew 13.23t/ha (5.36t/acre) – three times more than the average in Northern Ireland.

His spring-calving suckler cows calve over 10 weeks from March. Cows are turned out in mid-February and will be rotationally grazed in three mobs of 40 cows plus calves.

The best-quality grass is reserved for groups of bulling heifers and stores, with calves averaging 2kg/day from birth.

He is now up to 100. Steers are grazed for 100 days and then housed and finished at 90 days, to avoid a summer pinch when grass growth typically tails off.

Heifers were grazed on a herbal ley from March and were housed over the winter and fed high-quality total mixed ration comprising first-cut silage, red clover, straw and blend, with the aim of finishing them by 18-19 months of age. Heifers grew at 1kg/day on average from grass alone.

Improvement in output is testament to Sam’s determination to push the farm with output growing exponentially to 1,067kg/liveweight/ha.

At the same time, concentrate and fertiliser use is diminishing by focusing on growing quality silage and grass through targeted use of nutrients and soil sampling. Composted farmyard manure is being used to improve organic matter.

Varieties are selected from the Recommended List, with a combination of tetraploid and diploid medium-to-late heading varieties used.

Three cuts of silage are taken annually across two blocks (25ha in total). Sam aims to make top-quality first cut (15% crude protein and 12 ME) to feed to youngstock and a lower protein second cut is fed to dry cows. Red clover (2.4ha) is grown exclusively for finishing diets.

On herbal leys nitrogen input has halved to 90kg/ha in comparison to conventional ryegrass leys.

Sam has worked hard to forge strong relationships with his customers and sells through a plethora of schemes that guarantee a set price to reduce price volatility.

As Beef and Lamb chairman of the Ulster Farmers Union, Sam is as busy off farm as he is on it, driving policy and helping to navigate the industry post-Brexit.

But back on the farm he is constantly looking for ways to improve.

This year he is introducing Stabiliser genetics to his herd in an attempt to improve feed efficiency and fat cover and he is increasing the flock by 50 as he strives to further drive output.

A word from the independent judge:

“I was really impressed by the variety and range of data Sam was collecting and acting upon: grass measuring/sampling, soil sampling, forage analysis, weights, rainfall, and his utilisation of grass and forage crops.” 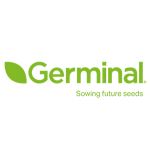 Germinal is delighted once again to support those striving for and achieving excellence in grassland management. As grass and seed specialists, we congratulate the finalists on their impressive success with grass use within their individual farm systems.