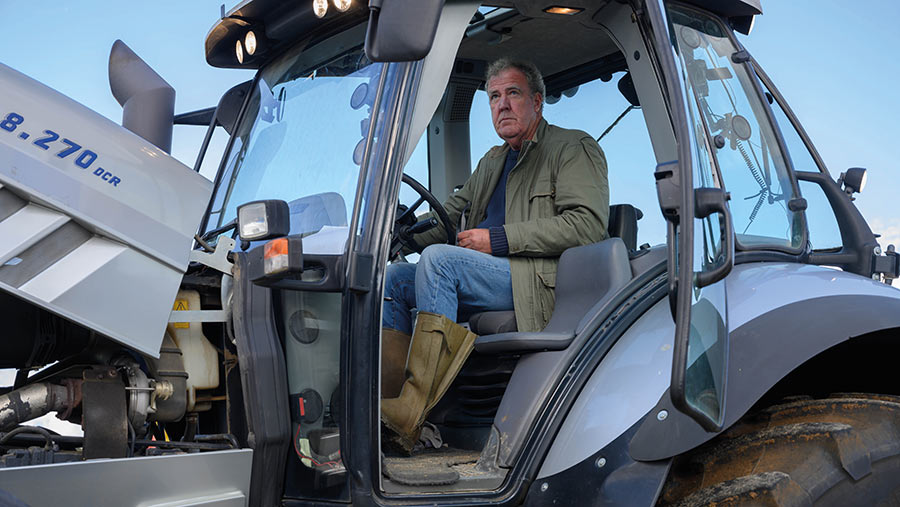 There was a moment in the final episode of Clarkson’s Farm when Jeremy Clarkson discovered how little money he’d made from his arable enterprises.

“So the fact of the matter is this,” said the shocked former Top Gear presenter, “farming seven days a week for a year, on a 1,000-acre farm, has generated an income of £144.”

His consultant, “Cheerful Charlie”, explained how there was also a BPS payment, but that this would disappear over the next few years.

“What are farmers going to do? The ones who don’t have Amazon film crews following them around and don’t have Who Wants to Be a Millionaire to top up their income?” asked Jeremy, whose eight-episode series chronicled his efforts to run his 400ha farm at Chipping Norton in Oxfordshire.

These are the sort of comments that resonated with farmers and town and city dwellers alike, making the show must-watch TV and portraying agriculture in a realistic and positive way to a new audience of millions.

Having launched on Amazon Prime Video in June, Clarkson’s Farm was widely praised by farmers, who described it as “accurate”, “powerful” and “entertaining”. The general public couldn’t get enough and a second series has now been commissioned.

“I realised nobody had a clue what farming was really about,” said Jeremy. “I wanted to show people who aren’t farmers what farmers really do.”

Too much TV agriculture is, reckons the presenter of The Grand Tour, about cute lambs on clean straw or investigations into giant Texan cattle ranches – what was lacking was an authentic portrayal of British agriculture.

“Everyone seems to think farmers are either destroying the planet or filling food with poisons and you just think: ‘Where are they getting all this from?’ So I’ve tried my hardest to do a series that says that’s just not true.”

The result was compelling TV that shared his ups and down on Diddly Squat Farm.

According to the NFU, the presenter showcased the passion, humour and personalities of the people who work throughout the year to grow the nation’s food.

“Nobody could watch this programme without sharing his delight at managing to ‘do a thing’ and share his frustrations at how difficult it can be to make a profit,” said NFU president Minette Batters.

Jeremy had bought the farm in 2008, only taking over the day-to-day running of it more latterly.

“I thought: Farming honestly can’t be that difficult – humans have been doing it for 12,000 years,” he said.

But he soon discovered how tough it was, and became a vociferous supporter of farmers, delivering messages with humour and passion – whether about the financial precariousness of the industry or the risks involved in terms of health and wellbeing.

Even the Guardian, rarely UK agriculture’s biggest fan, dubbed the series “the real deal” in one review, suggesting it was “concerned with the impossible demands that face the modern farmer”.

Jeremy went on to support the NFU’s Back British Farming campaign, stressing the importance of self-sufficiency in food and urging shoppers to buy British.

He has used his profile and popularity to amuse and entertain farmers, plus fly the flag for farming to a non-agricultural audience.

As he recently said in The Sun: “Even after two years in the business, I realise no one’s really batting for the farmer.

“The government certainly isn’t. And all you ever hear is: ‘You’re cruel to animals, you’re poisoning the soil.’ No, farmers are really trying their hardest to feed the nation and look after the countryside.” 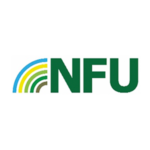 “Over the past year, the British public has been gripped by the successes, and sometimes failures, of Jeremy Clarkson in his first year of farming. Clarkson’s Farm has been one of the few TV series that is as appealing to a teenager as it is to their grandparent, and to those who live in our cities as well as rural villages.”