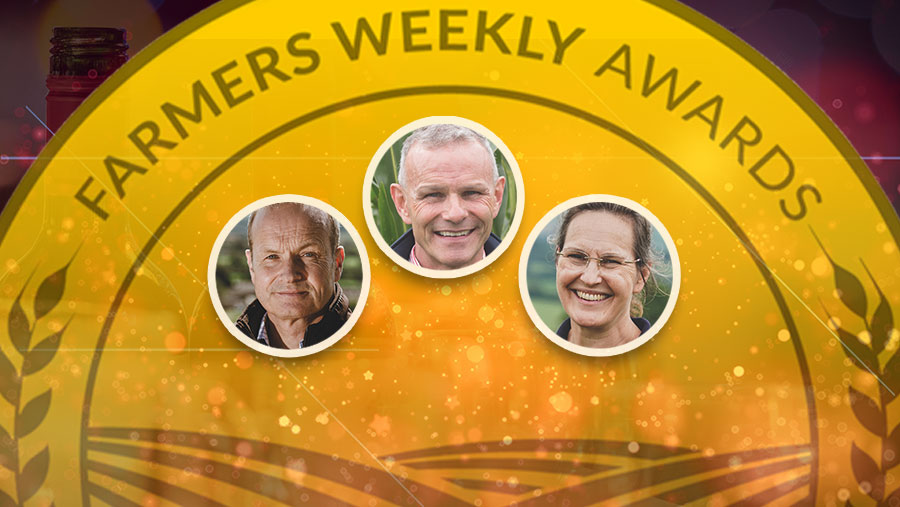 Dairy farmers are being challenged to produce milk as economically and sustainably as possible, so the best advice is of paramount importance.

This year’s finalists have dairy clients who seek the best possible guidance as they face a more difficult direct subsidy-free future.

The Livestock Adviser  judges are: 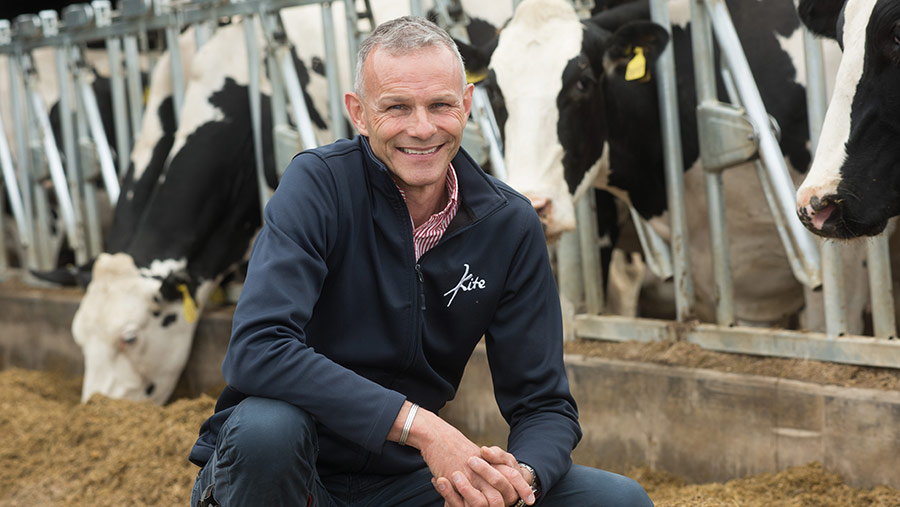 As a management consultant and partner at Kite, he is optimistic that the dairy industry can reduce its carbon footprint by becoming more efficient and productive.

This can be achieved with better genetics leading to a 3% annual improvements in yields, grassland sequestration incorporated and feed-additive-reducing methane emissions.

In the future, fewer more efficient dairy cows will be producing high-protein food for humans which is carbon neutral. “Cows can help cool the planet. This is well within our grasp in the next decade,” he says.

Mike has a keen interest in large US-style barn-fed systems. He sees them being efficient and also sustainable as his clients often have a large arable area which can absorb the slurry and manures.

His travels to the US with some of his clients have resulted in taking on the best of the US systems, such as sand bedding; low-carbohydrate, high-fibre dry cow diet; and as many as five cuts of late-heading ryegrass silage.

“The focus on bigger systems is because we can add more value for the larger clients,” he says.

“It is intensive but it is highly sustainable, as the farm grows wheat, barley, grass, maize and is trying out lucerne,” he says.

The light chalky arable soils gain from the cows with soil organic matter up at  5-6%, which means improved soil fertility and better water-holding capacity in the often dry months of summer.

Mike’s plan is to consolidate and simplify milking systems, and then optimise inputs using forage rates of up to 60%, on a dry-matter basis, to give cows a good farm-produced diet.

Rapeseed was incorporated in the diet to replace soya following ideas from Denmark, largely on a cost basis at the time, but its use continued rather than import soya grown in sensitive areas like the Amazon basin in South America.

Mike has worked with Nick for 23 years and has helped him distil what is achievable in the UK from what they have seen in the US.

He has brought innovations like multicut silage, more forage in the diet, and better heifer nutrition, which allows the farm to calve at 22 months rather than the more traditional 24 months.

Nutrition for the milking herd is very important, with Mike changing the formulation of the high-forage diet every few weeks to boost overall production from the cows.

The challenge going forward will be to continue to work with the large team at the Dorset farm, which includes the crop manager, herd and produce manager, and the family partners.

Mike is pushing the top end of dairy producers to make them better and better, and he also feeds off these innovative farmers.” 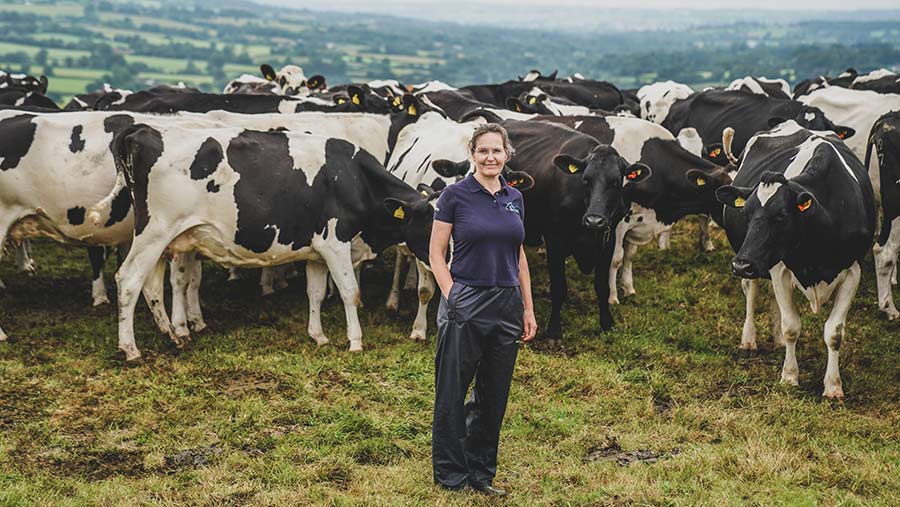 Rachel Hayton has helped to cut mastitis sharply in dairy herds and sees this as a move towards more sustainable farming as control of this disease improves efficiency and avoids waste.

Her work as a senior vet on a Somerset dairy farm has seen a block of 80 milking cows being mastitis-free throughout winter after a switching to sand cubicles. The farm had experienced 40-45 cases in the old straw yards previously.

She says that because mastitis has an immediate impact on cows in terms of lower output and milk rejected, it is a barrier to sustainability and reducing farming’s carbon footprint.

As well as being the primary vet to six dairy clients, she runs a consultancy with 25 dairy farmers aimed at reducing this costly disease.

“Disease is a sustainability disaster, as it involved waste with yields reduced and milk having to be throw away,” says Rachel.

Rachel was brought in to advise on the Somerset milking herd at Redlands Farm about nine years ago, as it had a severe mastitis problem with cattle housed in straw yards.

Her first advice was to improve ventilation and reduce the stocking rates in the overcrowded yards, before working up to the expensive change to more hygienic sand cubicles, and the effect was dramatic.

“We used to do regular mastitis testing on the farm, but it is not necessary now as levels have come down and are staying down,” she says.

Rachel believes vets can do more to reduce mastitis and is leading on-farm training, along with mentoring two members of her vet practices to expand mastitis control plans onto more farms.

Her work has helped antibiotics use tumble on dairy farms across her Somerset-based vet practice, as a more preventative approach is taken rather than fire-fighting the disease.

In addition, more pressure is being applied by milk buyers, which are looking for lower mastitis as well as a reduction in lameness, better body scoring and calf health.

Rob House, farm manager at Redlands Farm, says Rachel has been key to helping get mastitis under control and he is now looking to expand the herd from 150 to 200 cows.

“We were spending a fortune on mastitis control, and Rachel has helped us and pointed us in the right direction,” he says.

The money saved from better mastitis control has allow the farm to invest in a “new” second-hand milking parlour and improve housing for the milking herd to enhance airflow.

“She has made a clear benefit to the farm, saving us money and profits have improved,” he adds.

Rachel is a vet that sees the bigger picture, finding industry solutions in terms of reduced antibiotics use, while being very much an on-farm vet delivering practical solutions.” 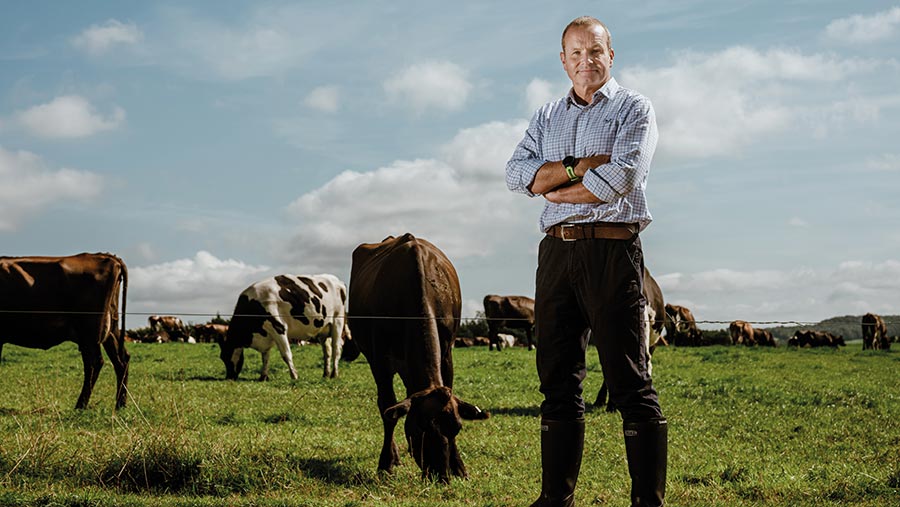 Ian Ohnstad has dairy farming clients from China across to the US, and down to Australia and New Zealand – all eager to tap into his expertise in milking systems.

He also has a strong home following from Aberdeenshire down to Cornwall giving him an international and national reputation for his consultancy work with the whole milking  process.

This expertise has helped one Oxfordshire dairy farmer client at Kingston Hill Farm cut his mastitis sharply in his 600-strong herd with a range of timely measures.

Six years ago, the farm had 61 cases in every 100 cows a year, just above the national average, and now it has been cut dramatically to 18 cases.

“In one year’s time, we hope to be below 10 – with a renewed effort to control this damaging disease,” he says.

Ian says the key to reducing mastitis is to have clean and dry milking cows, and as each case can cost £220, this is a damaging disease.

Some of the key factors in cutting the disease in the Oxfordshire herd include the move to sand cubicles, increasing space around the animals, streamlining milking routines and not immediately treating early mild stages of the disease.

The milking routine is often a key factor and he points out that it is often easier to get consistent routines in rotary milking parlours than in herringbones, as the operator has to move much less.

One often overlooked and least palatable measure to limit mastitis is culling policy, as highly contagious cows need to be taken out of the herd to stop infecting others.

But this can be a difficult decision to take if the herd is expanding, or if culling for bovine TB and Johne’s disease is already cutting the size of the herd and diminishing the farm’s milk production.

Antibiotics use on the farm has reduced with sand cubicles and better milking routines, with a focus on the pre-milking process of teat sprays and wiping with face towels.

One simple win in the mastitis fight has been to rotate the calving field for the autumn-calving herd.

A field close to the farm had been used for calving in September and October and, although very convenient, infection level in the field needed to be broken by rotating the calving field.

Ian has been involved in the use of milking robots in grass grazing systems, but often sees that the robots are not milking enough cows to make them really economically viable.

“I love the technology, but I don’t love the economics. The future could be to have a robotic arm on a rotary parlour to attach clusters, but we are not there yet,” he says.

Farmer David Christensen at Kingston Hill Farm at has been working with Ian for 25 years, especially on mastitis consultation, parlour routines and assessing milk quality.

“Ian is my first port of call for cow and milking technology,” he says.

When fitting a new 60-space rotary parlour 20 years ago, Ian’s help was invaluable, and the move has subsequently helped reduce antibiotics use.

Running the 600-head, autumn-calving herd and a nearby 360-head spring-calving herd, keeps Ian busy with different challenges on both farms.

“Ian is essential for the growth of the business, I value his independence and his scientific approach to solve problems,” says David.

Ian relates well with the people he works for, and is very clear and concise with his advice tailoring it to what his customers need.”

“Map of Ag helps to support livestock advisers through its Pure Farming data platform. This allows advisers to access organised, permissioned, often hard-to-reach, real-time data and be confident all parties can trust how and where that data will be used.”