An estate-type structure, a family farm and a farm share agreement make for a diverse final three in this year’s Sheep Farmer of the Year award.

However, all three businesses share an ability to minimise costs and maximise labour.

He joined JCB Farms as a shepherd in 2014 after working as a contract shepherd and shearer in the Midlands and New Zealand. 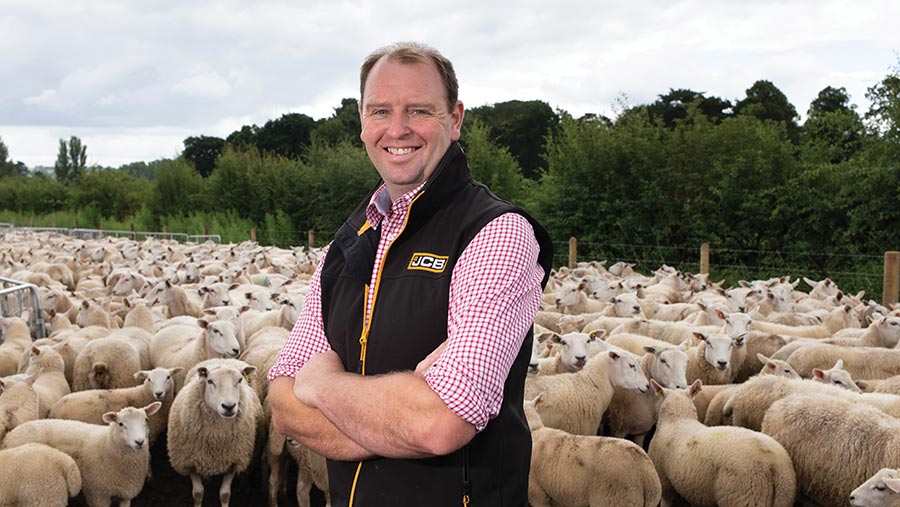 New to organic sheep farming, Matthew was tasked with increasing the genetic merit of the flock by establishing a closed, self-replacing flock to supply lamb for Carole Bamford’s Daylesford Organic outlets.

He established a nucleus flock with the best 120 females he could find. The nucleus flock has grown to 200-head and now supplies genetics for the 2,200-head commercial flock at JCB Farms.

Flock progress means all replacements females are now tupped as ewe lambs and a further 700 ewe lambs are sold to Daylesford’s farm in the Cotswolds.

This has been achieved by breeding from females that have twins and using Signet muscle scanning to optimise conformation.

Lambs have been entirely forage finished since 2018. Red clovers, chicory, vetch, kale and rape/kale hybrids are used to finish stock outdoors all year round.

Better use of home-grown forage and cereals has cut bought in feed 85%. When combined with carcass gains, this has lifted flock gross margin by more than £50,000 a year.

Lamb weight at 8-10 weeks is a key selection factor. Focusing on maternal ability and milk has lifted average liveweight gain by 25g/day in three years.

Late season pasture rotation and subdivision has extended the grazing season by three weeks and helped provide grazing for 2,000 store lambs in 2019-20 to supply the spring market.

Labour
Farm operations are managed in a weekly meeting every Friday afternoon, when Matthew meets with the farm manager and livestock team (shepherd, two stockmen), who he supervises.

The next week’s tasks are agreed and emailed out on a spreadsheet by Matthew, who was promoted to head stockman last year, which means he oversees both the enterprises, sheep and cattle.

Lambing lasts 21 days. Up to four vet students help the team through the day and two  during the night shift.

Every individual lambing pen has an information board for time and date of birth, as well as recording details about difficult lambings, colostrum and litter size. Large white boards are used for noting down team messages and comments.

Future
Matthew aims to expand production sustainably to meet a predicted 25% increase in Daylesford’s lamb demand over the next three years through more holistic, regenerative methods.

Agroforestry is being trialled on a 30ha (74-acre) block stocked with free-range broilers and some apple trees. Cattle will continue to be increasingly integrated into the sheep rotation, providing parasite management and mixed grazing.

This large operation has its finger on the pulse of consumer trends, environmentalism and technical farming, meaning flock health and productivity have been improved, plus value added to the business in genetics and resilience.

The numbers
• 200 How many prime lambs carcasses the Daylesford outlets require each week
• 285g Average daily weightgain at 56 days
• 75% Average proportion of mature ewe weight weaned, for example, a 70kg ewe weaning 1.75 lambs at 30kg each at 100 days
• 95% Proportion of ewes in lamb after 17 days with the tup
• 42kg Pre-tupping target weight of ewe lambs
• 65% Ewe lambs scanning in-lamb

Neil and Debbie McGowan have almost doubled income from their on-farm Working Genes ram sale by increasing averages by £250 and selling more rams. 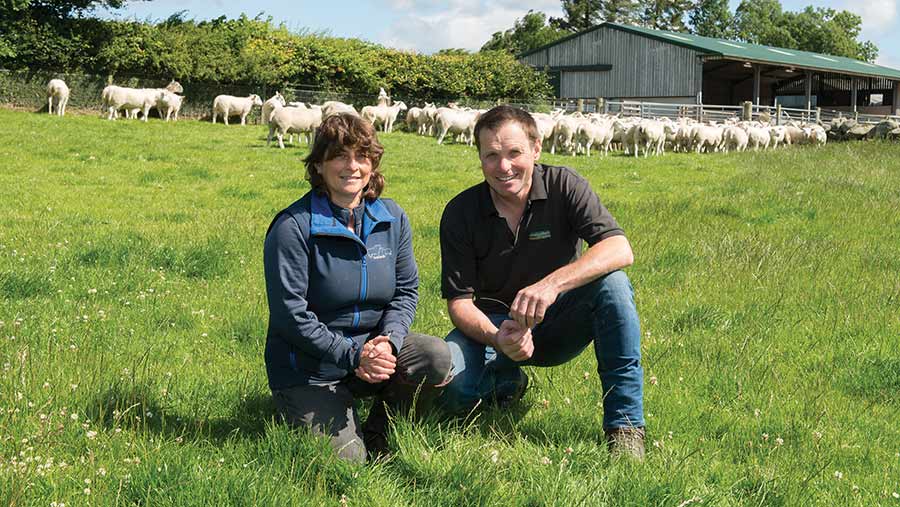 Their unwavering focus on maternal traits and longevity is keeping buyers returning to secure genetics from the Lleyn and Texel flocks, which have been sold on farm since 2008.

Productivity
The farm produces Texel, Lleyn, Simmental and Luing breeding stock. The sheep systems are designed to be commercially realistic and low input.

Both Texel and Lleyn stud flocks are Signet recorded, and have expanded as genetic merit has improved to total 800 Lleyns and 100 Texels. Sheep are culled hard and drafted into a commercial flock to produce Lleyn cross Texel prime lambs.

Stock are wintered on swedes and forage rape, and lambs are finished on clover and kale. The McGowans run 300 more sheep than in 2015, but mineral bucket and concentrate costs have halved.

Sheep lamb outdoors from 25 April, which means spring grass is sufficient to feed lactating ewes. Most Texels lamb in paddocks and are housed at night.

Texel rams are marketed to be in the top 10% of the breed, with the best lambing six crops unassisted and having high muscle and worm tolerance Incheoch estimated breeding values.

About 40 prime lambs are sold privately off clover in the autumn and 80 are sold deadweight every fortnight between September and February.

Labour
There are five partners in the farm business – Neil and Debbie, Neil’s parents, Finlay and Judy, and Neil’s sister, Clare, who all work on the farm. A full-time cattleman and a part-time tractor driver are also employed. Sheep work is mainly done by Neil and Debbie.

Labour is saved during lambing by only tupping for two cycles, and recently increasing the set stocked lambing mobs from 60 to 100 ewes.

Future
The McGowans future plan is to follow the trends of subdivision, rotational grazing and hedge planting to keep their systems commercially relevant.

The McGowans also intend to drive private sales or farm produce and continue converting people to local lamb and beef.

A local food initiative in Blairgowrie – Neighbourfood – is hoped to continue increasing direct sales of eggs, beef and lamb; income from which has risen from £50 to £500/week since coronavirus.

Teenage children Tally and Angus are showing an interest in the farm. It is hoped that by continuing with habitat creation and environmental stewardship, the farm is an enticing proposition when succession talks start.

The McGowans understand how breeding decisions and systems interact, which they use to good advantage to grow demand for their genetics. The business has made bold moves and remains focused on new opportunities. 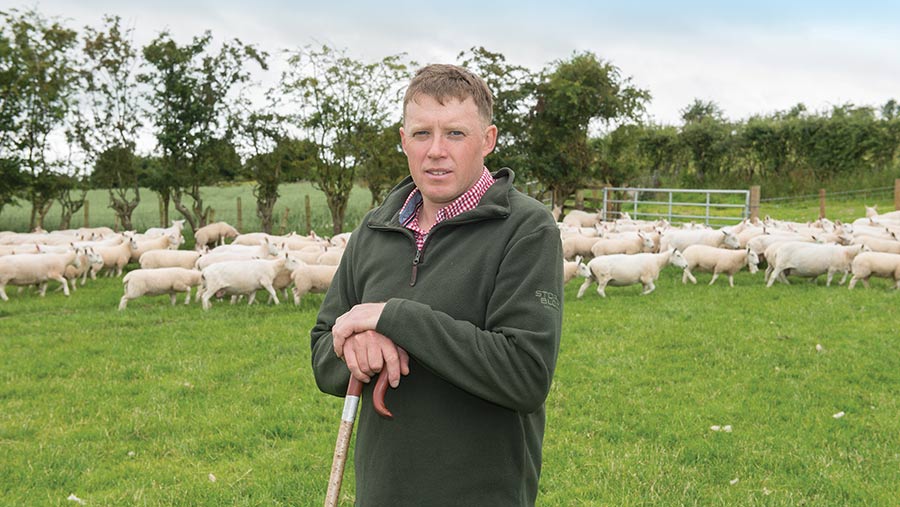 Profits are split 50/50 annually. Neil’s share is used as a wage or to invest in the partnership’s capital or buy Stephen out of his share.

Neil’s investments mean he currently owns 35%. The value of the partnership grew significantly in 2018, when the pair took a mortgage on 82ha (xx acres) of neighbouring grassland.

The agreement is based on trust and was initiated by Stephen after employing Neil on the farm for 10 years as a farm hand and contract shepherd.

The farm rears 1.51 lambs from 600 Cheviots, and the Beltex and Texel flocks typically rear around 1.7 lambs.

He buys in 170 Hill-type Cheviots a year and traditional-type Bluefaced Leicester rams and replacement rams for his growing Texel and Beltex stud flocks.

About 350 Texel cross Cheviot Mule shearlings are sold each August at Longtown and 12-15 terminal sire stock rams are sold privately at Kelso.

Spring cashflow is helped by selling the pick of his five-crop Mules, with lambs at foot sold in May.

About 2,000 Texel cross and Mule wether lambs go deadweight, and Beltex-sired lambs out of 200 home-bred Beltex cross Mule get a premium at St Boswells market.

Most commercial prime lambs are sold from July to January off grass, concentrate and stubble turnips in winter.

Labour
Neil started the partnership lambing elsewhere and maintained a summer shearing round of 6,000-head to bolster income.

He has phased out other lambing work but still shears 3,000 sheep on nearby farms.

Neil undertakes all sheep work and is helped at busy times and lambing by an agriculture student and family labour.

Lambing takes place inside, starting with Texel and Beltex ewes. Mules start from 25 March and Cheviots start a cycle later. All tupping groups are bred for two cycles.

Stephen makes the silage each year for the sheep and the suckler and finishing cattle enterprise.

Future
Neil’s plan is to build his share in the partnership at Upper Hundalee, acquiring land and growing stock numbers wherever possible.

Both enjoy working together and Neil is in no rush to own 100% of the partnership, he explains.

At the back of Neil’s mind is the target of growing the flock to 4,000 ewes to have something substantial enough so his children Harris, 7, and Isla, 5, can buy into the business when they are old enough.

The partnership has already bought land, a combi clamp (£5,000), stock trailers, quad bikes and erected a livestock shed. It aims to buy more land in the future.

Neil’s work ethic and stock skills have made a progressive partnership flourish, seeing him grow capital, increase sheep numbers and act as a blueprint for budding entrants in the livestock industry. 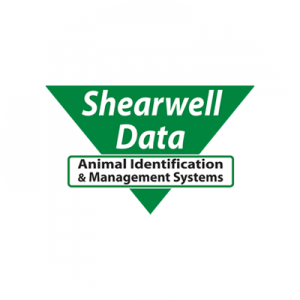