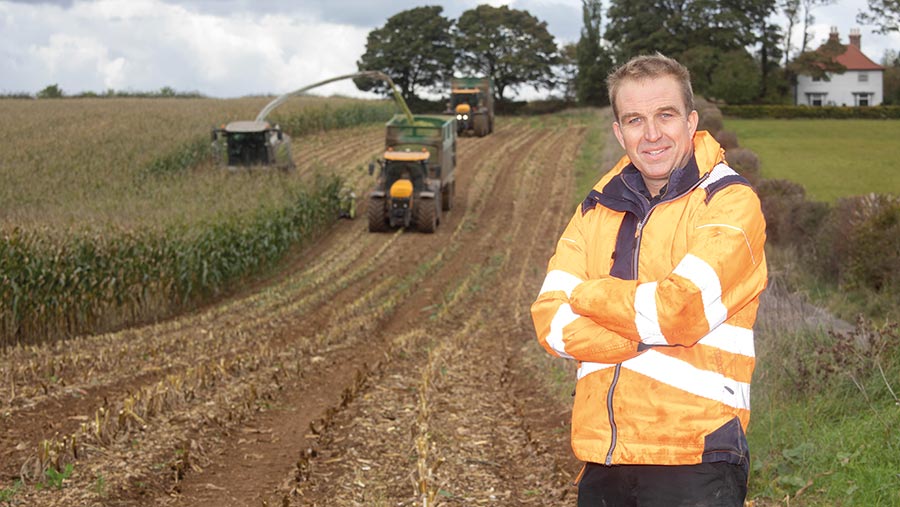 13 years after our first What’s in Your Shed visit, we return to find out what has changed in the fleet of Farmers Weekly’s 2020 Contractor of the Year winner, Tim Russon.

I hated milking cows so, when I returned to my father’s farm after finishing college, I used his tractor and maize drill to do a bit of work locally.

The timing was perfect – maize was a new crop that was starting to take off and no one else had the kit for the job.

A few years later, I bought a Moore Unidrill to sow grass, followed by a forager – a three-year-old Claas Jaguar 682SL that, at £34,000, nearly bankrupted me. 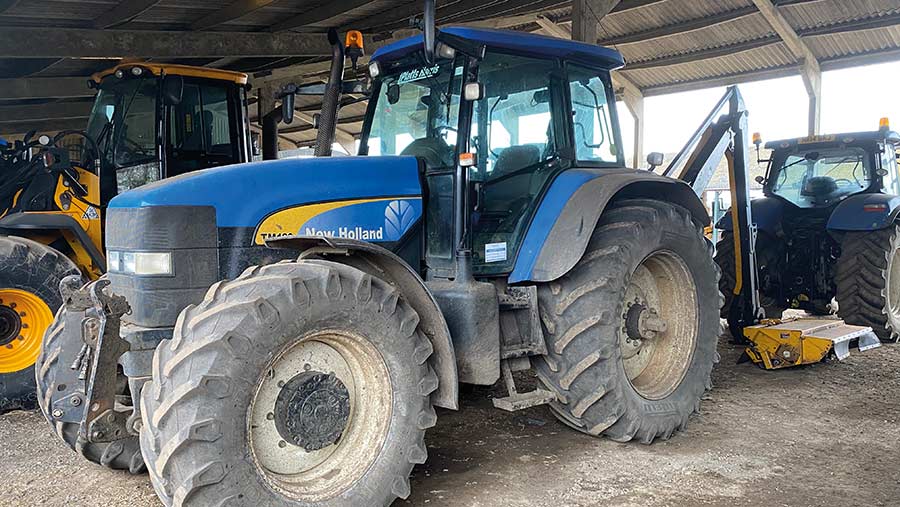 Things snowballed from there, first using the Moore to drill oilseed rape, then picking up swathing work.

In 2008, I realised our dairy customer base was dwindling, so started growing maize under plastic for combining. That quickly grew to an 800ha job, with the crop sent to livestock farmers all over the country.

However, payments were unreliable, so in 2011 we swapped to chopping maize for AD plants.

Last year, we did more than 4,000ha and it means we have a harvesting operation running 12 months of the year.

I like to stick with British-made kit where possible. I expect my customers to buy British food, so I try to do the same with my machinery.

The tractor fleet is made up of JCB Fastracs and New Hollands, although I have always had Claas forage harvesters and combines – I don’t change butcher when I’m happy with the meat. 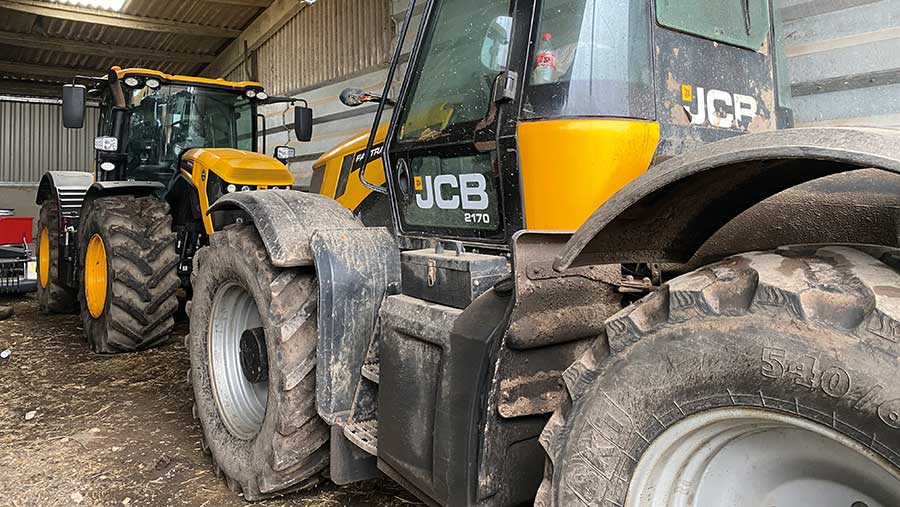 I have used Claas Eastern since 1990 and spent a lot of money there in the process, but have always received a top service in return.

Sharmans at Grantham provides the JCBs, and I’m loyal to Lyons of Gainsborough – it has been good to the family over the years and, although it doesn’t have the New Holland franchise any longer, I still use it for some of the other machinery.

It’s awesome to see the Jaguar 970 swallowing maize – the sheer speed and tonnage is amazing. 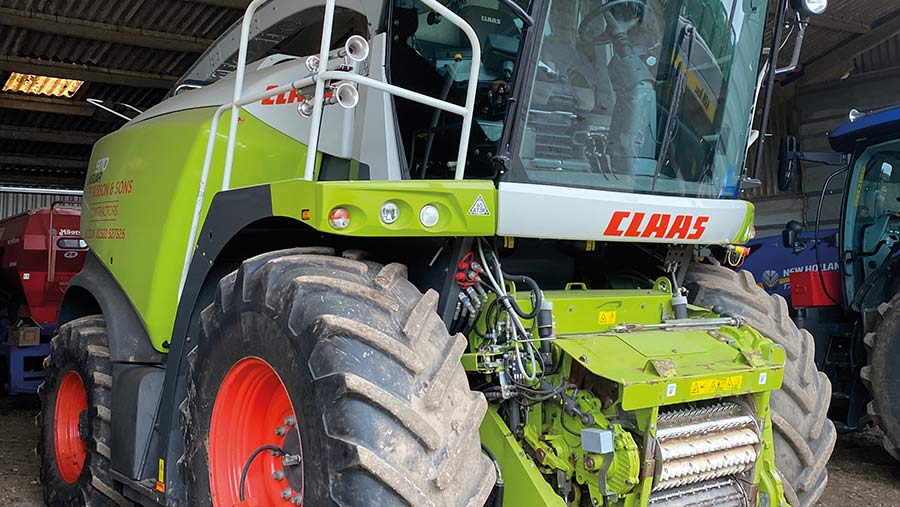 Rape swathers. We used to have four self-propelled Hesston 8100s that we ran day and night, but you only had to look at them and they’d break down – usually in the far corner of a field.

Our oilseed rape swathing has shrunk to just 120ha, for which we have a Claas Maxi Swather. It was one of the jobs I started with and I still have some longstanding customers who I like to work for. 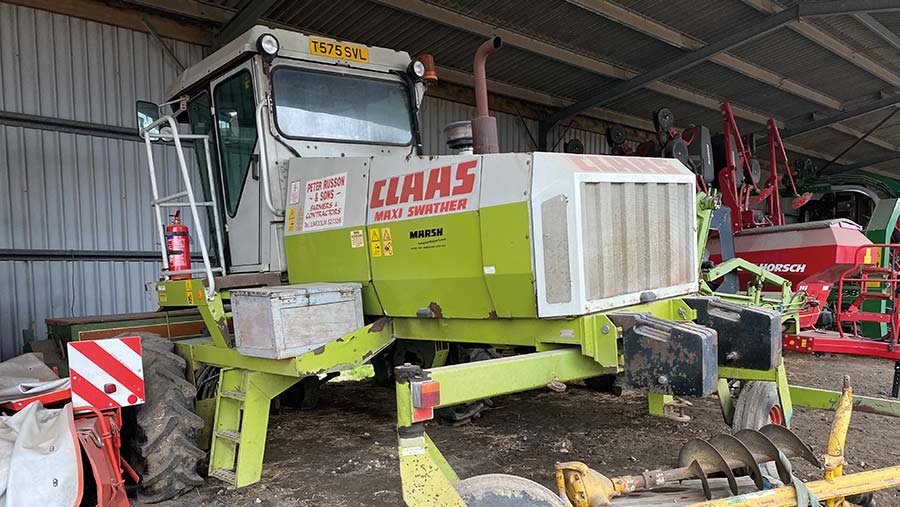 We also tried swathing some hemp with it last year, which might turn out to be a new niche market. I’m always up for trying specialist jobs – you never know where they’ll lead, there is less competition and it’s always good to get in the door early.

That is particularly the case where we can use existing machinery without spending a fortune on new toys.

I have also just bought a 15t Mecmar dryer for the grain maize. I can see it becoming an alternative break crop to oilseed rape, and feed compounders are increasingly demanding UK-sourced grain maize, so there is definitely an opportunity for expansion.

It has replaced an old Wilder Portamatic that was only really used for drying our own 120ha of cereals and OSR.

Our 1976 Massey Ferguson 135, which is a relic of the dairy days. It is used a couple of times a week to scrape out the cow shed and split logs.

I’m keeping the frontline machinery longer than ever, simply because the purchase price is so high and we need to extract maximum value from it.

The foragers used to stay for three years, but the lack of demand for big kit means depreciation is savage and we now hang on to them for six seasons.

It’s the same with the tractors. We tend to take a five-year warranty – anything longer gets pretty expensive – but if we’ve replaced the brakes or gearbox during the warranty period, then I’m more comfortable with holding on to the machine for longer.

The best value always comes from the hours clocked outside of warranty protection, provided there are no calamities.

It helps that we have decent workshops to keep the kit race tuned. We’ll probably spend £35,000 on the three foragers during this winter’s service, but that’s a fraction of the cost of a replacement. It also keeps the lads busy on rainy days.

The only things we change on a more frequent basis are the silage trailers. We have a good deal with Bailey, and the trailers don’t depreciate as quick as the big combines and foragers.

It also saves buying new tyres and brakes, which are major expenses. 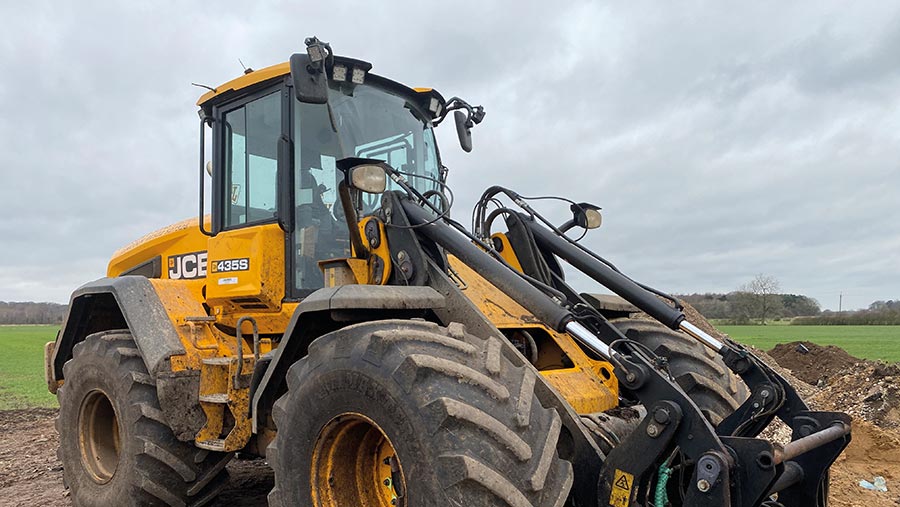 The big toys come new, but I do make exceptions. I once bought four JCB Fastrac 2170s in a year after becoming sick of doing the brakes on conventional tractors, and we now have seven of them.

Their depreciation is minimal, and the same goes for the TM190 on the hedgecutter. It was £18,000 and, although it’s not a great tractor, I can charge just as much for cutting hedges as someone running a brand-new Fendt.

An inter-row drill to sow grass in maize. The benefits are pretty clear – locking up unused nitrogen, improving soil structure and reducing run-off after harvest, plus the potential for farmers to get some extra forage.

We trialled the Zocon Greenseeder last year, but will probably look to Weaving’s eight-row IR drill. I think having proper disc coulters will provide a more reliable means of getting the seed at the right depth and the press wheels should deliver decent seed-to-soil contact.

Purchasing a Claas Maxi Swather. It had a catalogue of problems, from a hole in the fuel tank that caused the diesel to pour out the first time we filled it up, to the battery falling off. In the end, the dealer took it back and gave us another one.

One of the foragers swallowed something it shouldn’t have, destroying the chopping cylinder, corn cracker and spout.

The repairs cost £25,000, though, fortunately, it happened at the end of the season and the insurance paid.

The upshot was that the Jag was due to be traded in and having brand-new internals meant the dealer was happy to pay top whack for it.

The welder and hydraulic press.

It’s rare for me to do much hands-on work anymore, though I do occasionally jump on the seat in an emergency. Things would have to be pretty desperate for me to get on the roller. 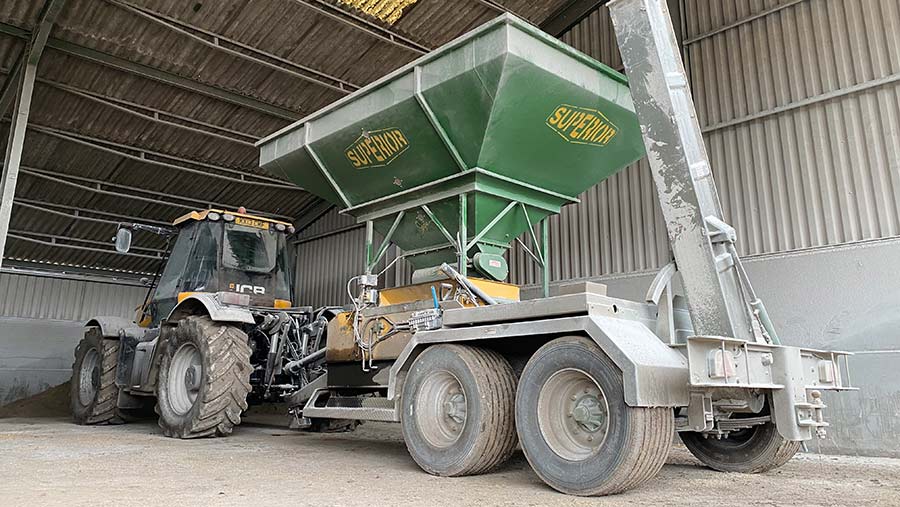 I have a new 2.8-litre Toyota Hilux in Invincible X spec. It was reasonably priced and had a five-year/100,000-mile warranty, which doesn’t take long to eat through, as I do up to 35,000 miles/year.

I used to run Hiluxes, but the 150hp 2.4-litre engine couldn’t pull the skin off a rice pudding.

I then went to Nissan – a perfectly good truck, but I didn’t like the badge – and then to the Ford Ranger, but I got rid of that after hearing horror stories about seized engines.

It was reliable, comfortable and had a good cab. I used it to pull a 4m Moore Unidrill and the big, flat rear window meant I could see to both corners.

I probably didn’t realise how good it was at the time and it was worth money that I needed to invest in something else.

Ironically, the 8360 replaced a Fiat Winner F100, which was the worst tractor I’ve ever had. We used to have Fiat tractors because Lyons of Gainsborough was the agent.

Fiat’s 90-series was good, but the reliability of the F100s was awful and fitting new hydraulic pipes was a weekly occurrence. It was the last Fiat on our books.

The first Claas combine I had was a second-hand Lexion 420. I used it for a year to cut 500ha of cereals and maize, then sold it for the same price I’d paid.

It was a desirable combine, but I needed more capacity and the market just worked in my favour.

Sometimes things go the other way – on those occasions I try to keep the machines for longer and trade my way out. 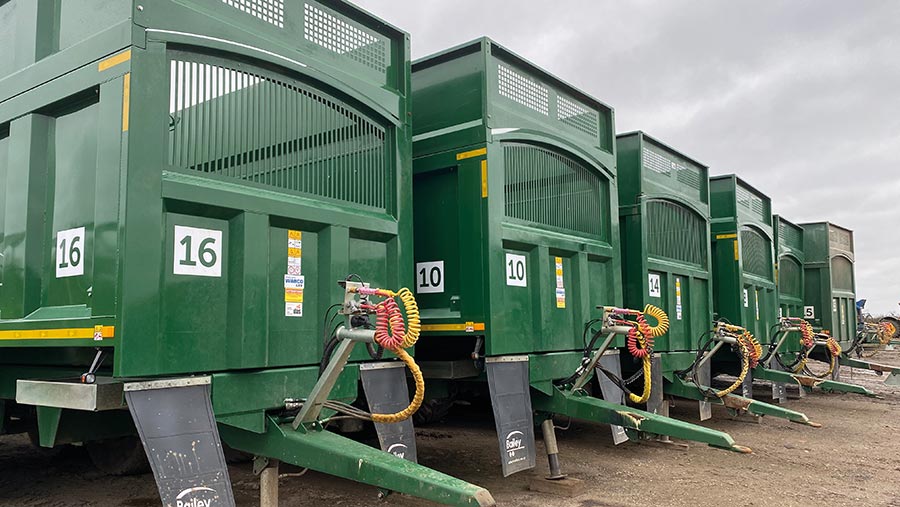 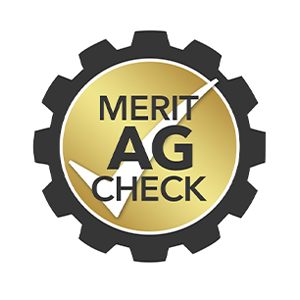 The 2021 Farmers Weekly Contractor of the Year Award is sponsored by Merit AG Check.