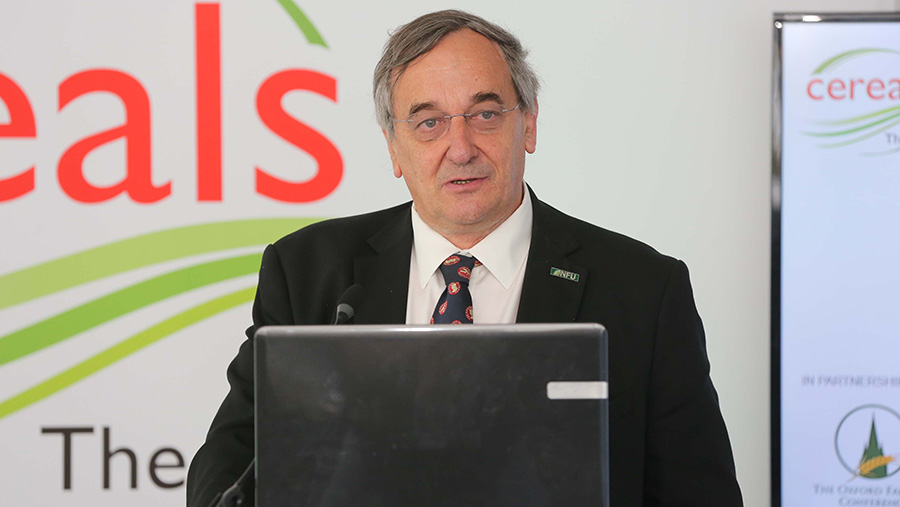 Growers can expect to hear later this month whether the government has granted an emergency application for farmers to use neonicotinoid seed treatments on oilseed rape this summer.

The NFU application for growers to use neonicotinoid treated seed across 22% of the English oilseed rape area over 15 counties was considered by the government’s Chemical Regulations Directorate on Tuesday (14 June). Their advice is now being considered by Defra ministers.

Defra rejected an initial application for farmers to use neonicotinoids across a much wider area.

But the NFU said its second application was “more robust”.

NFU president Meurig Raymond said he expected a Defra decision after the EU referendum on 23 June, but before the end of the month.

“This summer the NFU is again seeking a modest derogation in line with a crop area worst-affected from CSFB damage,” he added.

“Despite the best efforts of farmers and researchers we still saw a 14% difference in yield change between East Anglia and the rest of England and Wales for 2015 harvest,” he explained on the first day of the Cereals event on Wednesday (15 June).

Although environmental campaigners claim neonicotinoids are dangerous to bees and other pollinators, the NFU argues that withdrawing them has prompted growers to use 240,000 litres extra of pyrethroid sprays, which it says are far more damaging.

The union also argues  UK growers are being unfairly penalised because derogations exist in other EU countries.