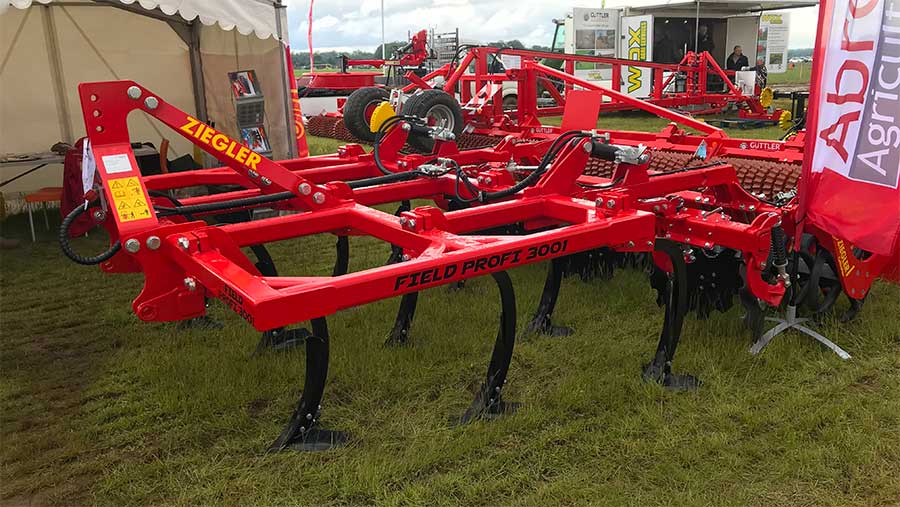 German maker Ziegler might be better known for its maize headers, four-wheel steer cutterbar trailers and oilseed rape side knives in the UK, but the firm is now building its own line of cultivators, too.

The company manufactures its kit – along with frames for some of Kverneland and Gregoire Besson’s ploughs – at its factory in Latvia, before assembling them in Bavaria, Germany.

The equipment is now being imported to the UK by Abrey Agricultural, based near Saffron Walden, Essex, and it had a stand at Cereals to show off some of its wares, including the Field Profi cultivator that apparently uses the same leg as a Horsch Terrano.

These are designed to work down to 38cm, with depth set on the rear roller (of which there is the choice of six).

The shear-bolt protected legs are spaced at 34cm and underframe clearance is 86cm, which Abrey says suits high trash conditions, and the points can be ordered with a carbide coating to improve longevity.

Widths currently max out at 4.5m, but there are lots of bigger models in the pipeline. The asking price for the 3m version is roughly £10,000.