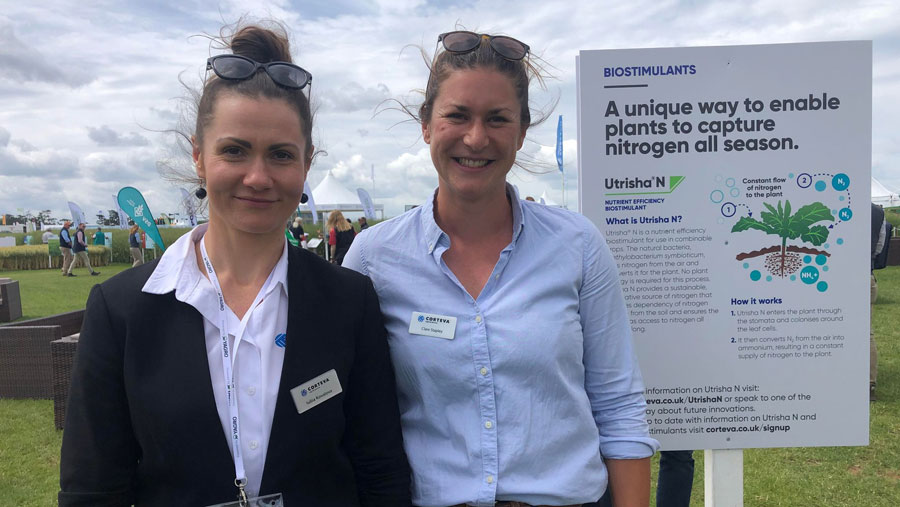 A novel biostimulant which enables crops to convert nitrogen from the air into a readily available crop form is set to reduce dependency of nitrogen uptake from the soil.

Utrisha N developed by Corteva agriscience is a nutrient efficiency biostimulant, containing the natural bacteria methylobacterium symbioticum, which fixes nitrogen from the air and converts it into ammonium for the plant.

​The product provides a sustainable, alternative source of nitrogen that ensures the plant has access to N throughout the season, and will be available for use next spring.

The liquid spray enters the plant through the stomata where it colonises between the leaf cells. Once here, the bacteria form a symbiotic relationship, supplying the crop with nitrogen throughout its crop cycle.

“This constant flow of N means that just the one biostimulant spray is effective and no plant energy is used in the process,” explains Clare Stapley biostimulant product manager at the firm.

Mrs Stapley notes that Utrisha N can be used in a range of crop types consisting of cereals, oilseed rape, peas, beans and grain maize.

“It comes in a pack size of 3kg, where we recommend one 333g/ha dose rate per crop.”

She notes that in 90% of treated crop trials, crops received an average of 30kg/ha of N fixed from the air.

“The optimum time to apply the biostimulant is when temperatures are between 10-30°C​, crops are actively growing and are unaffected by stress,” she says.

As the product enters via the stomata, applications during the early morning are the most effective as this is when a greater proportion of stomata are open.

For cereal crops, applications should take place once the conditions have been met from mid-tillering up into the flag leaf stage, while oilseed rape crops should receive applications before buds are visible to the end of flowering.

“The spray can be applied by itself or within a tank mix. It’s important to check what products can be included within a mix to prevent contamination of the bacterial population,” she concludes.