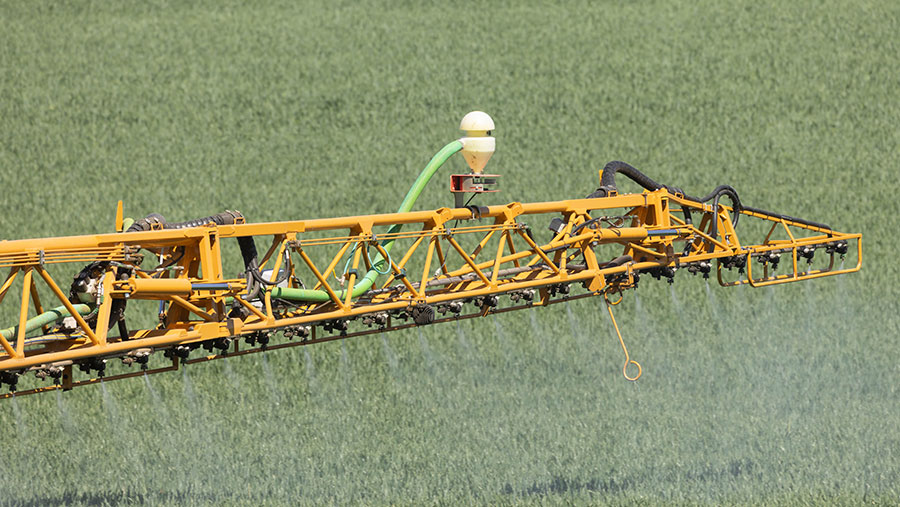 Growers who have experienced problems with sprayer components after applying fungicides containing the active ingredient Inatreq (as in Univoq) are still waiting for answers from agrochemical manufacturer Corteva, which developed the fungicide.

Visitors to Cereals expressed some frustration about the company’s engagement with them, having been encouraged to submit details of any problems when they first came to light at the T2 spray timing.

Since then, there has been little communication or explanation from Corteva, they said.

The rapid degradation of rubber components within sprayers after fungicide applications appears to have damaged some machines, with hefty repair bills being mentioned.

Timeliness disruption was also a concern – having to return fungicide products and wait for replacements or for sprayer repairs to take place has interrupted workloads, they reported.

While Corteva’s investigation of the issue is under way, the company remained tight-lipped at Cereals about any possible causes, insisting it was too early to speculate on the outcome of its review.

However, a pre-prepared statement did say the complaints related to a small minority of sprayers and only occurred this season – claiming that no problems were experienced during previous seasons of use as the fungicide was tested and trialled.

It also repeated that it was confident in the safety and efficacy of products containing Inatreq when they are used according to label instructions.

The problems reported have mainly involved damage to rubber components in newer sprayers, with the extent of the damage varying widely.

To date, no crop damage has been observed and the advice from Corteva is to use a high water volume with products containing Inatreq, especially when tank mixing, and follow best practice with sprayer cleanliness – including frequent flushing of spray lines with clean water.

But, as growers pointed out, they need to know what was behind the various problems that have arisen, and what is being done to rectify the situation.

Against a background of changing pathogen populations and reduced sensitivity to some fungicides, the Corteva chemistry is much needed, they stressed.