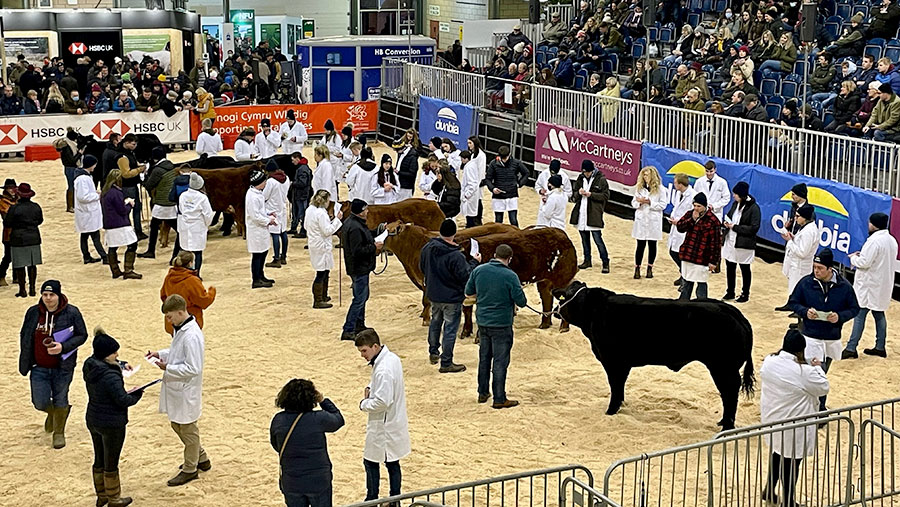 The Welsh government is being urged to maintain a payment cap on support schemes for agriculture after the Basic Payment Scheme (BPS) ends, to prevent larger businesses from getting a lion’s share of funding.

As farmers gathered in Llanelwedd for the 2021 Royal Welsh Winter Fair this week, the Farmers’ Union of Wales (FUW) insisted that capping was the only fair system of maximising the amount of cash available to the typical Welsh family farm.

The system was introduced in 2015 to limit the amount a farm business could claim through the BPS. Wales is the only UK region to implement this policy.

At the same time, the devolved administration put a redistributive payment system in place, to reduce payments to farms with larger areas and to increase the amount of money given to small- and medium-sized farms.

The FUW wants this system maintained in successor schemes, insisting that it benefits the vast majority of family farms.

The government has not committed to maintaining any form of payment cap or a redistributive payment system.

FUW president Glyn Roberts said this raised concerns that future schemes could see more cash given to large landowners and charities, including those based outside Wales.

“Failure to continue and reinforce the current capping and redistributive system would be a backwards step for Welsh society,” he said.

The organisers said it marked the first vital step towards some kind of normality in the Royal Welsh calendar.

The only element missing was the poultry section, a casualty of avian influenza disease controls.

Highlights included the family of Montgomeryshire farmer Richard Tudor being presented with the Council for Awards of Royal Agricultural Societies Fellowship – he was tragically killed in a tractor accident at his family farm in Llanerfyl in April 2020.

The father-of-two was an experienced livestock farmer and winner of the 2016 Farmers Weekly Beef Farmer of the Year award.

There was also an award for Pembrokeshire beef and sheep farmer Andrew Phillips, who was named as the winner of the NFU Cymru/NFU Mutual Welsh Livestock Champion of the Year Award 2021.

Mr Phillips farms with his parents at Windsor Farm, Lamphey, where they run a flock of 3,000 sheep and a herd of 40 suckler cows.