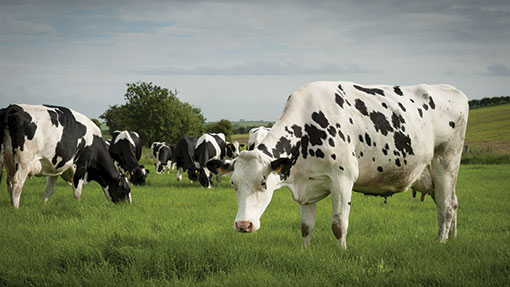 A grass seed mixture promising to increase meat or milk production from grass has been launched by Limagrain.

The Intensive Grazing seed mixture consists of a 100% tetraploid perennial ryegrass plus a white clover blend.

The company says it will deliver good palatability, a high yield of energy and a good balance of protein and digestible fibre in order to maximise animal performance at grass.

The seed mixture is one of five in a new LGAN-branded range, which means the mixes have the potential to deliver on animal nutrition as well as crop performance grounds.

Ian Misselbrook, Limagrain spokesman, said: “The ryegrass varieties of this new LGAN mixture have been selected not only for their high sugar content, but also for their good digestibility and overall high energy levels.”

The company claims the mixture also has better winter hardiness and a higher resistance to crown rust and Deschslera than the average of all the varieties on the Recommended Grass and Clover List.