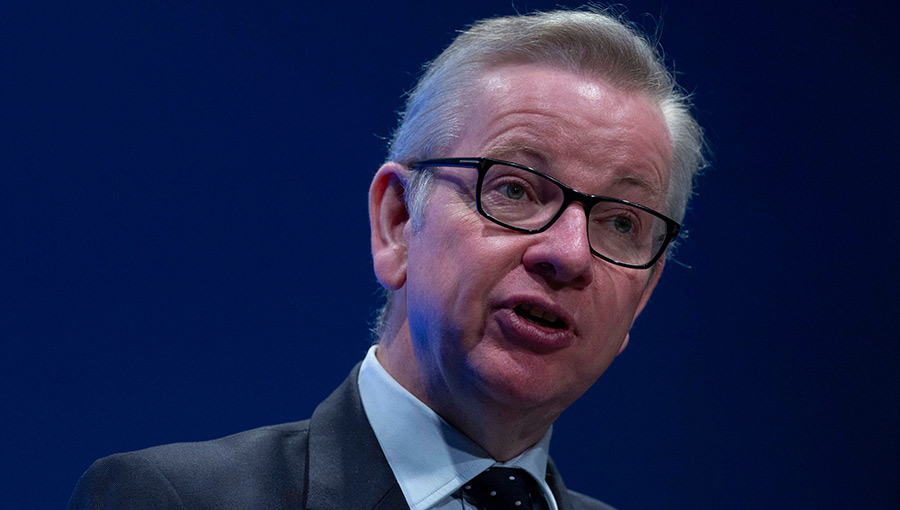 Defra secretary Michael Gove has reaffirmed his pledge to protect British farm standards after the UK leaves the European Union.

Speaking at the NFU annual conference, Mr Gove said the UK’s high standards would not be compromised “in pursuit of trade deals” after Brexit.

The government would work with the sector to enhance food standards even further, he told delegates at the Birmingham ICC on Tuesday (19 February).

This include working with the NFU to build a consensus around how to uphold high standards on the environment, food safety and animal welfare outside the EU.

Mr Gove’s comments came after NFU president Minette Batters called on the government to convene a commission of experts to help maintain food standards after Brexit.

The union has repeatedly warned that UK farmers and consumers must not be undermined by a flood of food imports produced using methods that would be illegal in the UK.

Mr Gove stopped short of saying that a commission on food standards would be convened – but suggested that the idea had merit.

“That is why I welcome Minette’s call to establish a Commission to examine how we can maintain high standards,” he said.

“This is an idea that has a number of merits and we will be giving it full consideration.”

The needs of British farmers and food producers would be taken into account to minimise the risk of being left at a “competitive disadvantage”, said Mr Gove.

And he pledged to “use the tools” at the government’s disposal to make sure food standards and the farming sector are protected.

He added: “We are in discussion about how to go further to support sustainable food production and protect our high standards in a competitive trading environment.

“We have been clear that we will not lower our standards in pursuit of trade deals.

“We will use the tools we have at our disposal – tariffs, quotas and legislation – to make sure standards are protected and you are not left at a competitive disadvantage.”