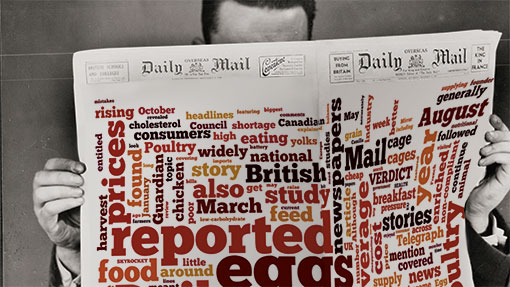 Every member of the poultry industry has a part to play in building consumer awareness and loyalty to British poultry products.

In an increasingly transparent world, where information sharing is a click away, taking every opportunity to communicate positive, factual messages about poultry production is crucial to build value and demand.

“Storytelling is the best way to connect with the customer. The standards of the British poultry industry are higher than the comparable EU market and that’s a great story to tell. The key is to make an emotional connection with the audience,” he says.

“The customer wants some kind of indication the industry actually cares about what it does and that can be demonstrated in all sorts of ways.”

Mr Munro says the poultry industry should look to build a bank of stories and anecdotes demonstrating the commitment producers and processors have to ensuring standards are met.

This should take the story beyond the idea businesses exist just to make money, and should focus on ethics too.

“Stories have to be authentic and true to the values an industry holds, as well as relevant and in-line with issues of the time,” comments Mr Munro.

He emphasises the importance of communicating positive stories during periods when the sector is not facing crisis.

“The aim should be to create goodwill in ‘peace times’. Many industries will only put out positive stories when they are under pressure, but that’s not the only time to do it. It will just seem defensive.”

Mr Munro says all farmers should also be looking for an opportunity to tell their story and not just leave it to industry bodies such as the British Poultry Council.

“Look to support the industry bodies,” he advises. “They are always looking for stories and they will be aware of the bigger picture and media agenda.”

Producers should also try to take their message into schools or community groups and not be afraid to give their thoughts when asked to express their opinion.

“Support for an industry begins with awareness – a lot of negativity comes from misunderstanding. Even if you only speak to a handful of people, it all adds up over time,” he says.

Communication is also about engaging with social media and conversations on the internet, Mr Munro emphasises.

“In this transparent world, everyone is a journalist and active on blogs or Twitter. Whether it’s Facebook, Twitter or websites, this is an important part of communication.

“Everyone should be willing to take part in these types of conversations. And bear in mind, when you speak to people, they could be contributing to this bigger social media conversation.”

Building awareness and positivity is not just about driving sales, he adds, but also about building value.

“A lot of work has been done in the British pork industry to demonstrate that pork of the highest quality is worth paying that little bit extra for. That’s allowed an increase in price and also sales,” he says.

Consumer backlash over Tesco’s marketing of a £1.99 chicken a few years ago, also demonstrates that it’s not all about price, but the value attached to a product.