There are some very satisfying noises at this time of year – the steady, constant thrum of a combine as it covers the acres, for example.

Let’s face it, though, there are some noises you dread. Ones that mean frustration, embarrassment, aggravation, pain or expense – or a combination of them all.

The infuriatingly upbeat tone they employ to inform you rain is on the way. Expect it to last all this week and maybe into September.

The Niagara Falls-like whooshing that tells you the student has forgotten to latch the back of the grain trailer and 10t of wheat have slid to the ground.

See also: 13 tell-tale signs that harvest is in full swing

The insistent beeping on the combine console you thought was just the grain monitor doing its stuff, but turns out to be a warning you have precisely half a litre of fuel left and are about to grind to an ignominious halt. 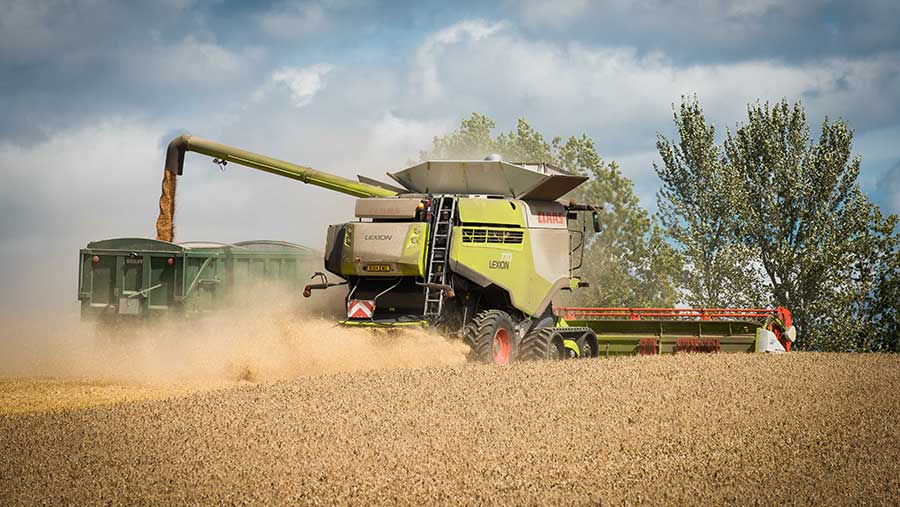 This is how to do it – but all farmers know the potential dangers when augers and trees are in the same field! © David Hill

The loud tearing and high-pitched screeching, followed by a muffled crump, that can only mean you have forgotten to put the discharge auger in and it’s whacked a large tree. The tree didn’t move.

Soon after point 4… the massive explosion when you oh-so-gently tell your dad what you’ve done. Especially since you managed to do exactly the same thing last year and it cost £600 to have it straightened out.

The curious burbling, fish-slapping noise of a trailer tyre that’s decided it doesn’t want to hold any more air and you’re 20 miles from home. And your mobile has run out of charge. And you’re dying for a pee. And a police car has just turned up. Can it get any worse?

The rasping sound of an angle-grinder in the distance working continuously and frantically, suggesting that someone back at the grainstore has broken something very important and is desperately trying to cobble something together to allow harvest to continue.

The lengthy and disconcerting silence (for the combine driver) as he waits in a distant field for a trailer to hove into view, suggesting that (a) the grain dryer has broken down (b) two tractors and trailers have hit each other on a narrow road or (c) everyone has forgotten you and gone home. 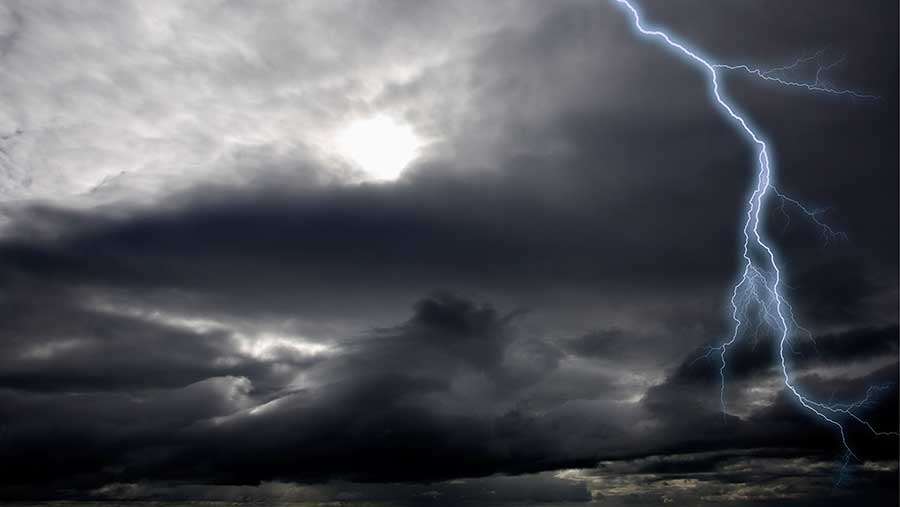 The maddening, self-satisfied gurgle of your neighbour as he tells you that (a) he’s finished harvest even though you’re only halfway through and (b) his yields are brilliant again and (c) he’s off on holiday to the south of France.

The slithering sound of wheels spinning in the absence of forward motion as you find a new wet spot. How exactly were you supposed to extract a fully loaded trailer from where a drain has burst anyway?

The static hiss or empty silence of your radio losing signal – just as the team comes back out after lunch for a critical spell on Test Match Special.

The hollow sound of the lid going back on your empty lunchbox … at 10am.