Big trucks and clever technology are needed to work on more than 4,000ha, and there are no government subsidies for ranchers to fall back on.

He shares five reasons why he and the rest of his family need to get out of the right side of the bed each day.

1. Coyotes want to eat your calves

Coyotes are a constant problem and there are lots in eastern Kansas, explains Daniel, who runs a spring and autumn calving block in the Flint Hills. 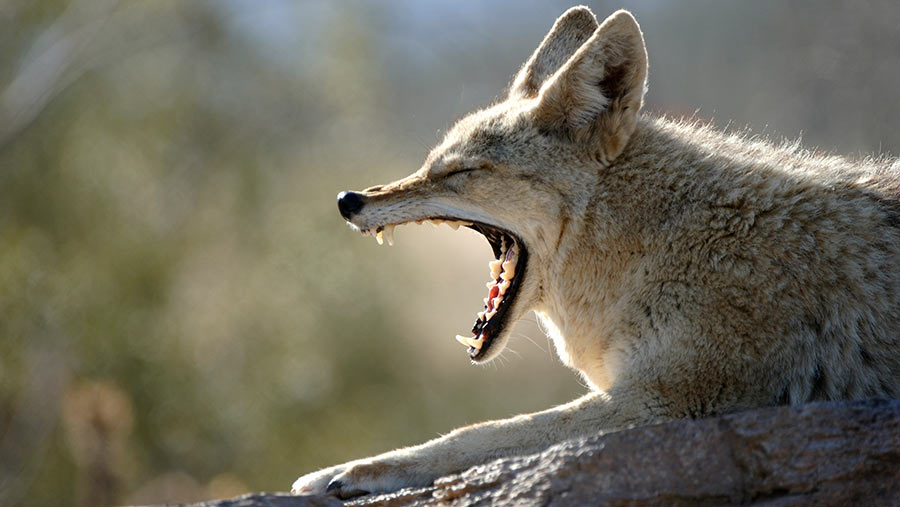 His eldest daughter, Sadie, can name all of her cats stolen by coyotes out of the yard.

Daniel’s control method is a coyote call that mimics a wounded rabbit to call them in and then either a .243 or Ar-15 to shoot them.

He says: “The Ar-15 actually is a great gun for coyotes because so many shots are at a running target and follow-up shots are necessary.” 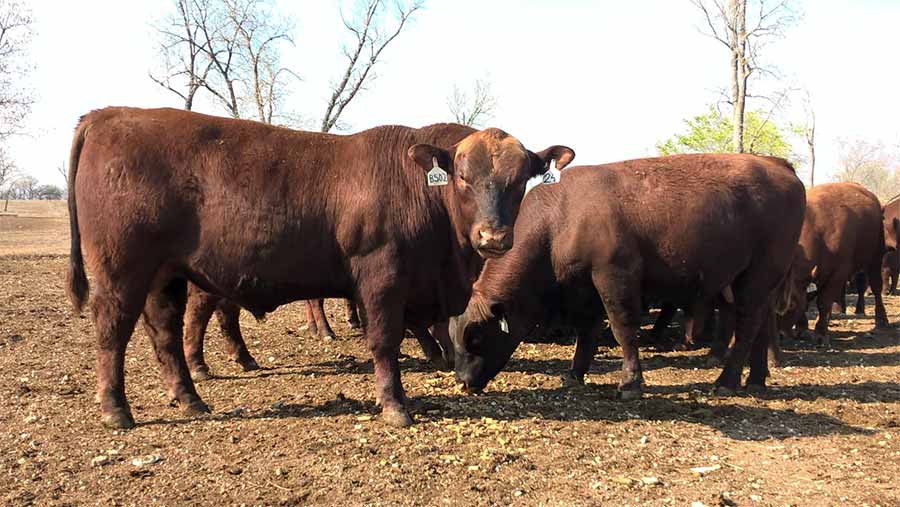 Other routes take them 17 hours north-west to Wyoming and 700 miles south through Oklahoma and into Texas.

Mushrush Red Angus holds its bull sales every year at the ranch near Strong City, offering discounts on bull buyers picking up their own purchases.

With a young family to take care of, Daniel and wife Christine must factor in toilet and nappy changing stops on the way to some far-flung customers.

3. All hail the mighty pickup

Pickups are massive and have massive demands placed on them, expected to pull 14 big hay bales or 15 cull cows to market on goose-neck trailers. 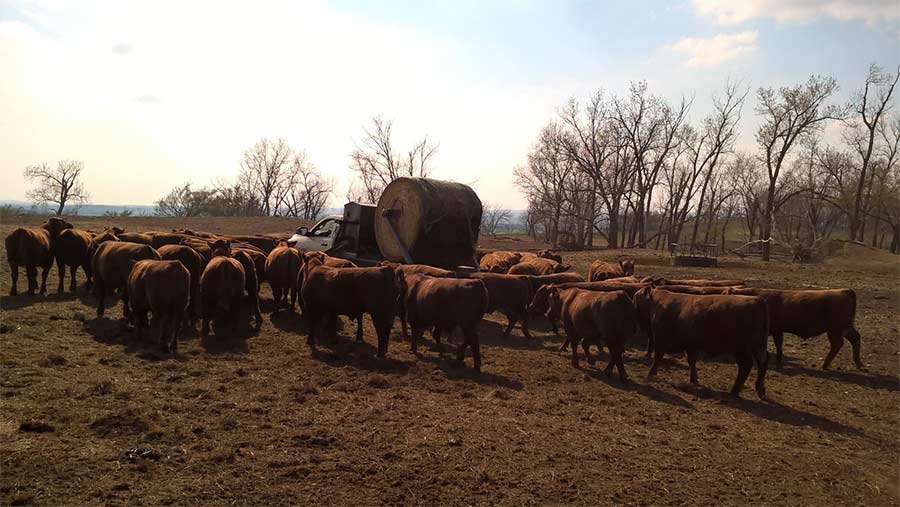 A lot is expected from ranchers, too, with most requiring the same commercial licences as professional truckers.

Mushrush Red Angus sold a pickup they really liked for a smaller one because of government bureaucracy, recalls Daniel.

“Keep in mind our trailer is the same size that was pulled by the larger pickup, so I have less stopping ability and control – but I’m legal”.

Expansive and desolate, ranching country in Kansas puts one lonely cow on 3.2-4ha plots, which means technology can help you find them. 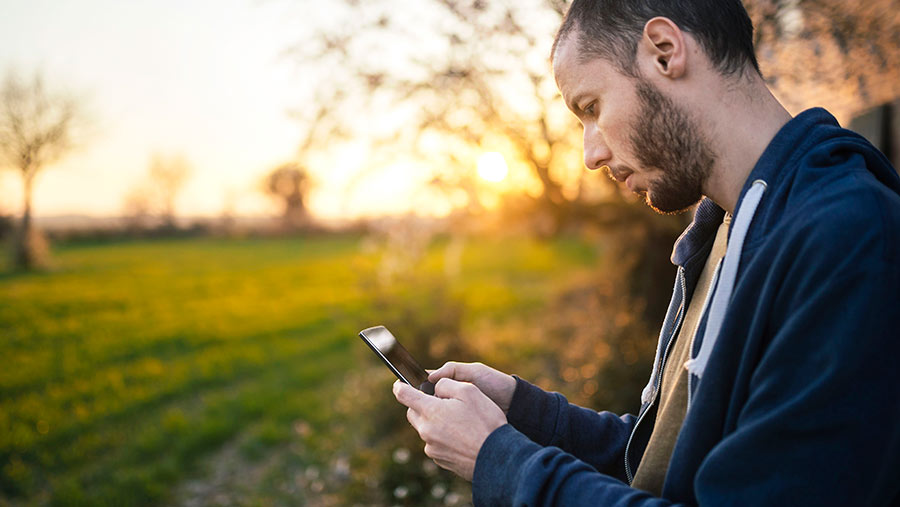 Drones and tracking technology can save hours (and days) of searching for a cow and calf, a sick heifer or a bull that needs taking home.

In east Kansas, stocking rates are about one cow to 4-4.8ha, but further west in Utah, Wyoming and Nevada, cows might even get as much as 60ha to graze.

Daniel is looking at installing Cattletraxx eartags to locate where cattle are down to a few feet.

“It will alert me if a bull leaves his group of cows via text message,” says Daniel. “It is amazing technology.”

5. You torch your land

Every spring, thousands of Kansas hectares are set ablaze by ranchers to kill off last year’s sun-scarred and frost-beaten tallgrasses. 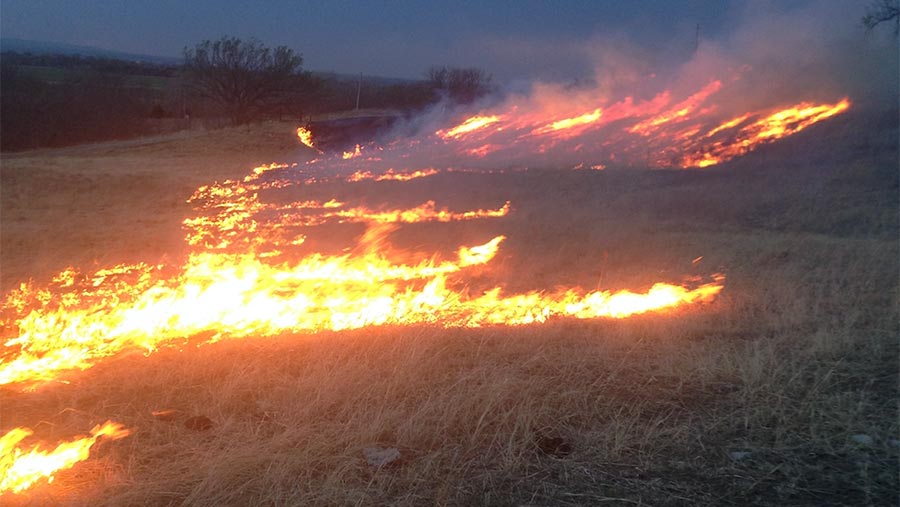 Wildfires, however, are a problem and can be deadly. Back in March, a wildfire started in Oklahoma and was blown north into Kansas.

Media reported that more than 1,600sq km of cattle grazing and prairie land were destroyed, as well as 16 homes.

Controlled fires leave new space for fresh growth, kill parasites and weeds and continue an ancient tradition undertaken by the native people of the Flint Hills.

Things can threaten to get out of hand from time to time, though, and Daniel has had his own near-misses with fire. 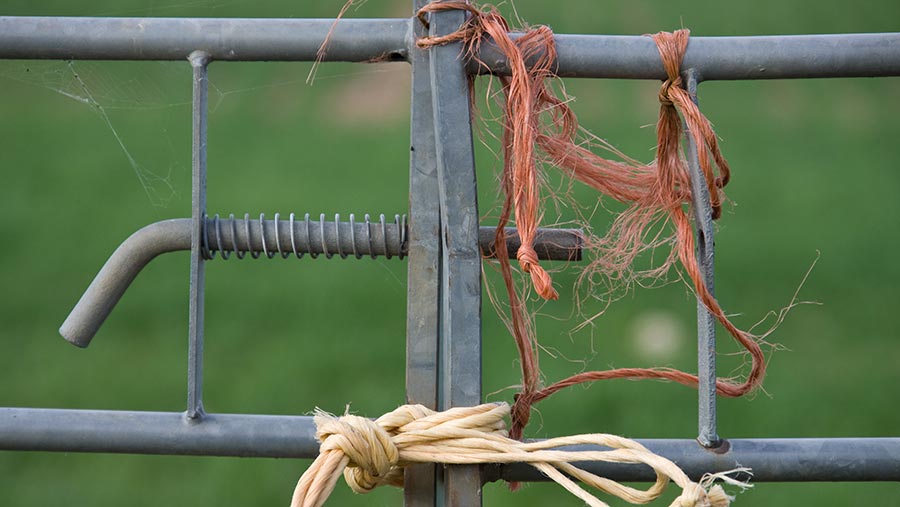 Despite all of the above, Daniel reassures that, while things may be bigger over in the US, baler twine and duct tape still go a long way to solving life’s little problems.