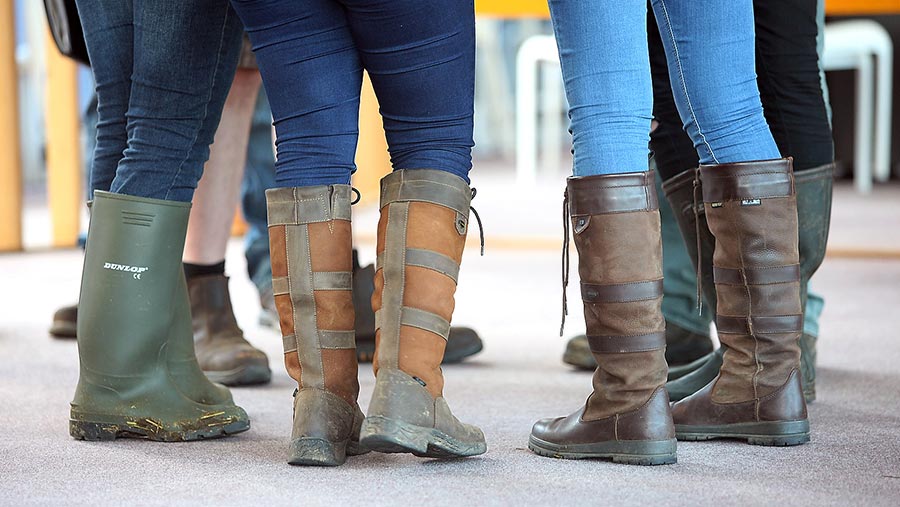 The 2016 Farmers Apprentice is on the hunt for bright young talent, aged 18-25 years, to take part in a week long residential bootcamp at Bishop Burton agricultural college near Hull.

If you want that first step on the farming ladder enter now on the Farmers Apprentice website.

This is the third Farmers Apprentice competition, which puts 10 youngsters through a series of challenges to select one overall winner.

This year the prize is something money just cannot buy – a one year internship with Farmcare, one of Britain’s biggest farming operations, which manages 20,000ha of cereals, fruits and vegetables from Carnoustie to Kent.

This is a unique £25,000 package opportunity to gain business, practical and management insight on the whole “farm to fork” process – and fast-track a career in agriculture.

The 20 finalists and winners have found the experience of taking part in the week long residential bootcamp “life-changing” and “invaluable” in getting to the positions and places that they are now.

Be inspired by their stories and entry videos and enter Farmers Apprentice now.

George was a Cambridge University graduate with no previous experience in farming.

He is now the dairy herd manager at one of the top dairy farming businesses in the country – Cairnhead Farm in Ainstable, Cumbria in 2014, following 18 months working in New Zealand on two very different dairy farms initially as a farmhand and then becoming assistant manager.

Catherine was working in Westminster as a researcher with no previous farming experience before Farmers Apprentice.

She is now a Commercial Technical Advisor for Bayer CropScience, based in Kent, Sussex, Surrey and Hampshire.

As a result of bootcamp she enrolled on the Bayer CropScience graduate training programme in where she has gained experience in field trials, sales, marketing, regulatory affairs and is now Basis qualified.

“When I applied for the position of trials assistant with Bayer, some of the people that were interviewing me had already seen an interview with me on Farmers Apprentice.

This helped me a lot and gave me a kind of foot in the door, showed my interest and passion for farming and was a great ice-breaker,” says Catherine.

“The Farmers Apprentice gave me a great insight into farming and allowed me to work out what I wanted to do before I committed to a career in agriculture. I was struck by the enthusiasm and passion that people have for the farming industry.”

Sam was a second year Reading University student studying rural property management when he attended bootcamp at Easton College in the summer of 2014.

Although not from an agricultural background, the experience at bootcamp fired his desire to go into farming.

He’s been working on an arable and dairy farm in his home county of Rutland and saved enough money to invest in three years of travel to explore farming systems in Europe, southern hemisphere as well as China and India.

“I took away a great deal from Farmers Apprentice but if I had to select just one thing it would be that although farming is a tough industry, there is no doubt that you can make a success out of the challenges.

“The opportunities are endless.

At bootcamp, I learned as much about myself as I did about farming; for me it was the perfect springboard to deciding what I want to do in agriculture. It gave me such a boost confidence-wise.

“I had thought about being a land agent but the experience helped me to decide to go straight into farming.”

Carwyn and his brother manage the family’s 300ha Pembrokeshire farm of beef sucklers and Texel sheep.

As a direct result of bootcamp, he now works as an account manager for ForFarmers, advising farmers across West Wales on feed and nutritional plans.

Farmers Apprentice really reinforced a lot of things I already had ideas about, says Carwen.

“There’s some brilliant talent in the agricultural industry, but it is a very competitive sector and you need to do more than ever to stand out.

“As farmers, we need to communicate and collaborate with each other a lot better than we currently do, to control prices and demand. Bootcamp was fantastic, I had so much fun. It was so stimulating and really required all the finalists to think outside the box.

“I met a recruiter at bootcamp and got a job as a ruminant nutritionist with Countrywide on the back of Farmers Apprentice 2014.”

Joshua had no previous farming background when he came to bootcamp, but the experience “galvanised” him to approach an agricultural robotics engineering company where now works installing and maintaining mechanical farm equipment (milking machines, grain hoppers) across the UK.

In his spare time he manages 14 of his own white-faced woodland sheep.

“Farmers Apprentice helped me to narrow down what it was I wanted to do in agriculture, as well as what I didn’t want from the industry! I have an absolute passion for farming and feel privileged to be able to travel around the UK meeting like-minded people every day.

“Be bold and push yourself to enter, the experience and the consequences are more than worth it.”

Kate flew back from Australia, where she was working on sheep ranch, to take part in the 2014 Farmers Apprentice.

She is  studying a one-year diploma in agriculture at the Royal Agricultural University in Cirencester and works part-time milking on an organic dairy farm locally.

“Taking part in the Farmers Apprentice bootcamp has done a great deal to make my CV stand out as a candidate for new positions. This is something that employers have actually told me.

“The fact that I am one of only 20 people who can say they are a Farmers Apprentice finalist is a fantastic thing to be able to tell employers.

“It also helped me to network and meet like-minded people that may help me in the future.”

Richard was only 18 years old, and the youngest of the farmers apprentice finalists, when he went to bootcamp in 2014.

He’s now in his second year at Harper Adams studying agricultural engineering, managing a small sheep flock near the University and as keen as ever to make his mark in farm business.

“Bootcamp was life-changing, no seriously it fuels the fire. It motivated me to start looking at all the different options and systems used in the agricultural industry.

“A lot of people in the farming are doing the same thing, but the Farmers Apprentice opened my eyes to the importance of diversifying to spread risk. I have recently looked into a pig shed fertiliser factory – producing fertiliser from pig waste with a view to spreading on the fields.”

Two weeks after bootcamp, Rebecca went on a year-long placement with Genus where she worked on their breeding programme.

She visited farms, photographed bull daughters and logged them on to a central base as well as liaising prospective buyers. She’s back now at Harper Adams University and will finish her Agribusiness degree this summer.

“I can say for sure that being a 2014 finalist has helped to improve my CV, and helped me to get my placement with Genus. Not only is it a great thing to talk about with other people in agriculture but actually attending the bootcamp gave me lots of great new contacts too.

“I was also approached by NFU in September 2014, to help them at the Lord Mayor’s Show, this too was a result of attending Farmers Apprentice 2014.”

Tips on your video entry

1. Be a bit different

“”Try and think of something original that will set you apart from the crowd. When you do get to bootcamp, don’t turn any opportunity down and throw yourself into every task. If someone asks if you want to be a team leader, do it.” Catherine Corbett, 2014 Finalist

2. Don’t think about it too much

“I produced my video on my iPhone, over a couple of days. I found that instead of sitting about and thinking about it, if you crack on and have a go you will naturally find you have a minute of film in no time.”
James Baker, 2012 finalist

3. Think outside the box

“And sell yourself. A lot can be said in 60 seconds so make it memorable and stand out from the crowd. Be engaging and enthusiastic, using voice recorders and video editing programs to pack in all your key points and make people watch your whole application.”
Annabelle Story, 2012 finalist

4. Be confident in your own abilities

“This time around the prize is even better. The chance of a foot in the door for the winner will be great and will positively benefit the rest of their career.” Rebecca Kelsall, 2014 finalist

“I saw an advert for Farmers Apprentice in the Metro newspaper, jotted down some notes on what I wanted to include in my video and then took some time to shoot it with my colleague at work.” Sam Pitchley, 2012 finalist