Hundreds of brilliant young farmers and leaders have taken part in courses he has founded and run. They all emerged inspired and excited, going on to even greater achievements. 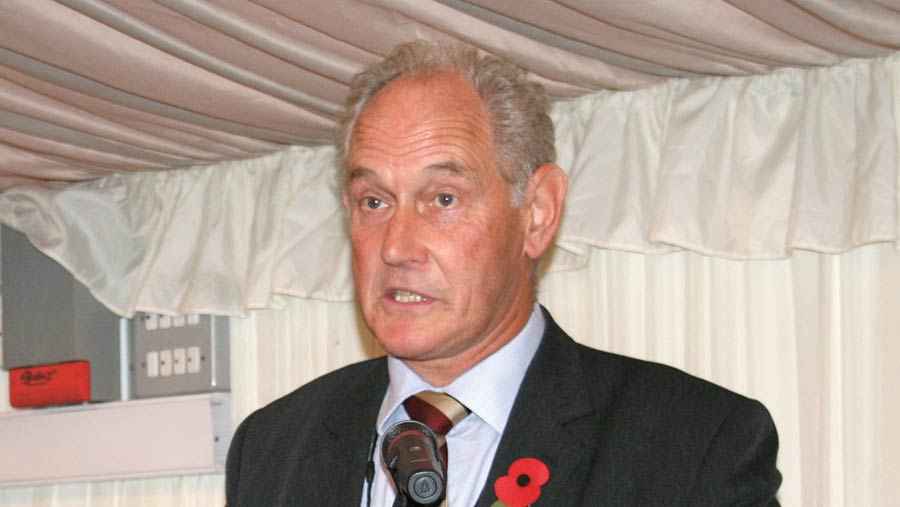 To list his former charges is to reel off a farming hall of fame, from top estate directors to agribusiness bosses to the heads of charities – they even include a Farmers Weekly columnist. Each one speaks lovingly of a man who changed their careers and, often, their lives.

After completing a Nuffield scholarship on the subject, John founded the Institute of Agricultural Management’s (IAgrM) leadership development programme, which first ran in 2002.

Through the Royal Agricultural University, where he is emeritus professor of agriculture, John also runs the leadership and management courses for the John Edgar Trust and the Worshipful Company of Farmers.

“Professor Alliston has played a key role in professionalising the business of farming. But his biggest achievement lies in the hundreds of industry movers and shakers who have been moulded by him”
Karl Schneider, editorial director, Farmers Weekly

In all cases, John draws on his extensive group of friends and contacts across the agri-food world to curate unmatched line-ups of dozens of speakers and instructors.

He exposes these select groups of bright industry leaders to broader perspectives and challenges them to be even better, as they face the challenges of the twenty-first century.

On the course, they are not grappling with technical or policy problems, but learning a style of leadership based on empathy and understanding the worth of the people around them.

At the evening meals, friends recall, John makes a point of asking the cooks to come out from the kitchen to receive a vote of thanks, which he had earlier asked one of the participants to make.

“It is all about making sure that everybody is appreciative of one another,” says Andrew Blenkiron, estate director at the Euston Estate in Suffolk, who was on the 2010 IAgrM course.

John also encourages participants to reflect on their abilities and ask themselves how they can give back to the industry in different ways.

“He identifies the strengths of people and challenges them to see if they are using them as well as they should be,” he says.

John’s background is very much in practical agriculture. He managed farms for research institutes and eventually became dean of agriculture at the Royal Agricultural University (RAU), where he influenced thousands of students during his 22-year tenure.

Although he stepped down from the post in 2010, he still works for the university as a development consultant and lives just a short drive away.

On top of his other commitments, John is also chairman of the board of trustees at the Henry Plumb Foundation, which gives financial backing and mentoring to driven young people in food and farming.

Professor David Hopkins, RAU dean of agriculture, says John is shrewd at picking out people who would benefit most from a leg up.

“He is so very keen on bringing on young talent,” David says.

John has tried to earn agricultural management the recognition he feels it deserves.

He was one of the forces behind the creation of the Professional Agriculturalist benchmark, launched by the IAgrM in 2014, and encouraged the drive for farm managers, agronomists and consultants to be able to reach chartered status, which has picked up momentum this autumn.

“He is a total motivator,” says IAgrM director Richard Cooksley. “He has lifted people’s aspirations and enabled them to go on to the next level.”

Some of John’s work has been highlighted before: he has chaired the Institute of Agricultural Management, won an award for his outstanding contribution to farm management in the UK and is a previous president of the International Farm Management Association.

But perhaps his biggest achievement has been creating a community of farmers and industry leaders willing to share freely their knowledge and experience.

Many of the course graduates meet up for annual reunions, such are their warm memories of the time they spent together. Some return to pass on their wisdom, flush with experiences from new projects they have since taken on.

That willingness to help comes from John living what he teaches.

“If you have someone who is looking for a contact or a connection, he always goes that extra mile,” says Rhonda Thompson, business development manager at Bishop Burton College, who has helped John run the leadership courses for 10 years.

John’s legacy is as personal as it is professional. Colleagues, friends and former students call him a “truly inspirational teacher and lecturer” who is a “legend within the industry”. But they also describe him as compassionate and unerringly enthusiastic.

As one leading farm manager says: “No one has more confidence in your ability to succeed than John Alliston.”

The Lifetime Achievement Award 2016 is sponsored by Hawk Tractor Hire.