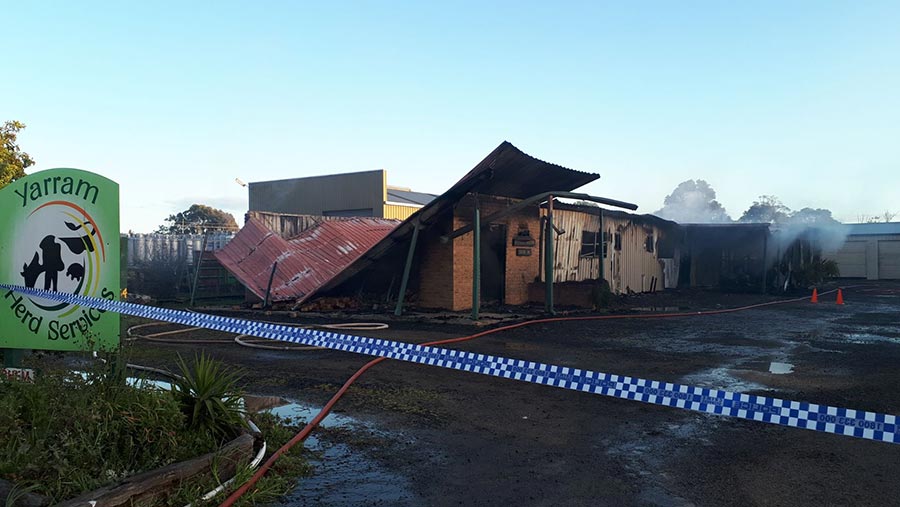 Owners of a cattle breeding operation in Australia are facing the prospect of a massive clear-up after a fire broke out, causing 100 cryogenic cylinders of cattle semen to explode.

The blaze ravaged a genetics facility at Yarram Herd Services in Gippsland, Victoria, destroying the cylinders full of semen worth tens of thousands of pounds.

Neighbours were woken by loud bangs at around 3am local time this morning. Firefighters had to dodge “projectiles” as they toiled for almost three hours to control the fire. The intensity of the heat reportedly caused the cylinders to explode.

“The liquid inside the cylinders was rapidly expanding and essentially the lids of the cryogenic cylinders were just popping off the top and projectiles were being thrown from the building,” he told ABC News.

The committee vice-chairman of the not-for profit organisation, Aaron Thomas, described the loss as a “huge blow” for cattle farmers in the Victoria region, as many would have had semen stock in the building.