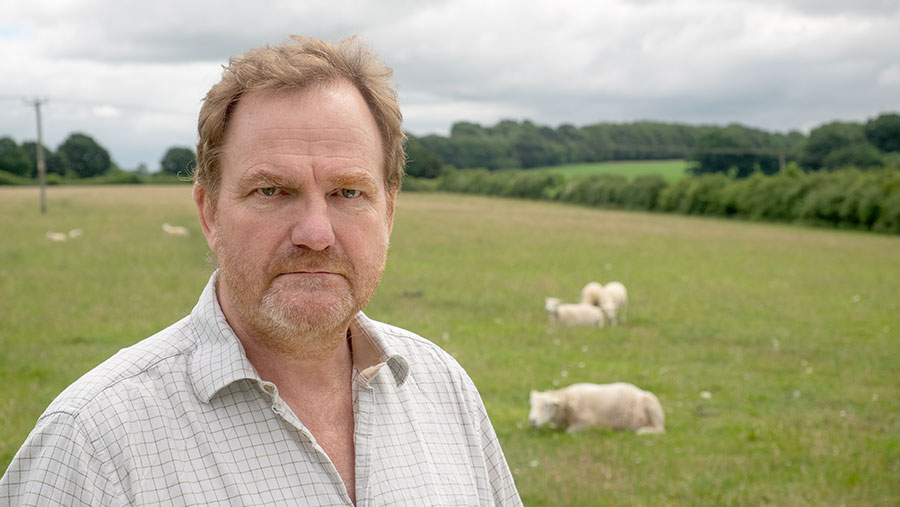 Forgive me for going off on one about the BBC again, but this time it wasn’t my idea; it was the lovely Mrs Flindt’s. We were tucking into our usual breakfast of quails’ eggs nestling in a bed of rocket salad, when I noticed a steely look of rage in her eyes. So I asked what was troubling her.

“You have to listen to this morning’s Farming Today – I had to give up half way!” was all she’d say. (It’s worth pointing out here that one of the few advantages of children moving out is spare bedrooms, and Hazel has seized the opportunity to have a break from my snoring and my utterly unprintable personal habits. It also means she can indulge in her even more bizarre habit of listening to Farming Today in peace.)

So I did. I went and signed into the BBC’s “listen again” service, entering my fake email and my password (both of which contain my thoughts about the BBC – and make my unprintable personal habits seem positively tame) and found the episode in question.

Charlotte Smith was interviewing a farmer who had had his sheep killed for meat in the field, and it must be said that Phil Neal (the farmer in question) deserves a medal for his patience in the face of some of the most weapons-grade, ocean-going, bowel-shakingly idiotic questions you could imagine.

He had just finished describing the hideous experience of his family finding the aftermath of the butchery. “So, apart from the shock, there’s a financial loss here?” asked Ms Smith, using all her years of experience as one of the nation’s top rural affairs broadcasters to check that farmers farm for profit. Congratulations to Mr Neal for calmly pointing out that, yes, this was going to cost him money.

Ms Smith continued the interview with these words – and I suggest you read them very slowly, and several times: “There are going to be people who wonder why you’re so upset, because these are animals that were destined to die and be eaten anyway.” Yup, that’s what she said.

Where do you start with this sort of idiocy? Do you legitimise murder, because we’re all destined to die anyway? Do you stop worrying about car theft, because you’ll be parting with the car one day?

The BBC is very fond of using “weasel words” to try to a make a point; they’ll start a question with “some say”, or “it is said that”, or – as in this case – trying to insist that a point is valid because “there are people” who believe it.

There are those who believe farmers are breeding four-legged chickens for KFC – I once overheard some teenagers discussing it, and I confess I barged into their conversation to put them right.

Will Farming Today be raising this point with a chicken farmer? After all, “some say” it.

The thing is, we all know exactly who the mysteriously anonymous “people” are. It’s the vegan/animal rights movement, who now have the BBC so firmly in their grasp – check out the daily “menu suggestions” pages online – that even Farming Today is promoting their philosophy.

Hazel should have persevered through to the end, though. The piece concluded with a professor from something called the “Royal Agricultural University” asserting (in-between saying “absolutely” a lot) that these thefts were down to high food prices.

That would have made her (and countless other livestock farmer studying the returns from their latest meat sales) laugh out loud. And she hasn’t had a good bed-based laugh since she moved to the East Wing.