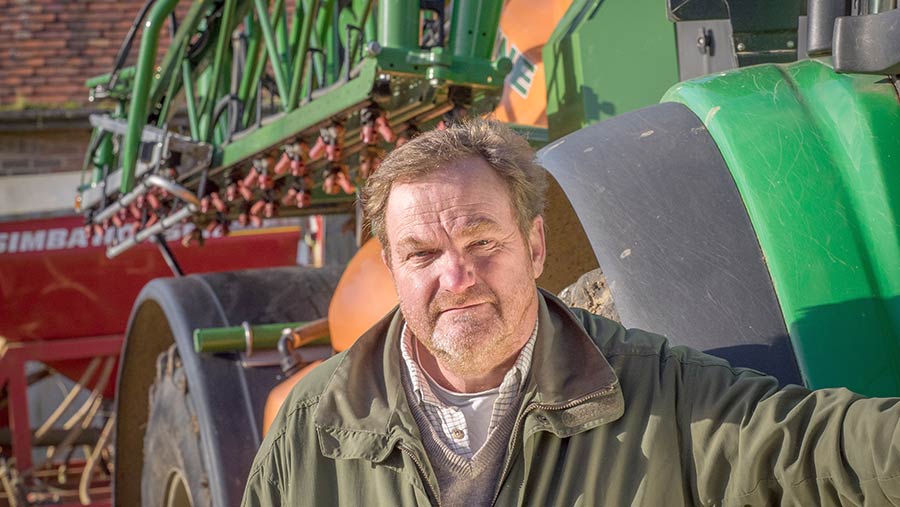 During a welcome pause in tractor work, I set off in the Skoda for a bit of a car drive – but with some trepidation.

After all, the days of popping out on a clear spring morning for a recreational drive are over – temporarily, one hopes and prays, although Saint Greta and the Eco-fascists have other ideas.

Luckily, I had a good reason to be out on the road: my Deere needed an oil change, and I had to get the parts.

We haven’t kept a stock of bits since the days of the Ford 7600 turbos – 150-hour oil changes meant that during busy spells you could be back in the barn every three weeks. A drum of oil was vital, along with shelves stacked with the extra-long filters.

The John Deere’s 500-hour service normally pops up conveniently during the autumn and can be done during the odd wet day during October.

We were a bit short of “odd” wet days last year, so the hours, and the oil change, weren’t done.

But after 14 days’ continuous spring sowing, time was up – and I take oil changes very seriously.

So I set off to the dealer, worrying that I should have packed a copy of the last service paperwork and photo of the dashboard, just in case I was stopped.

After all, no one is enjoying these dark days more than the curtain-twitchers, indulging in an onanistic frenzy of snooping and reporting; God help the neighbour who walks for longer than an hour. It’s 999 faster than you can say “coronavirus”.

I needn’t have worried about being stopped – more worrying was the behaviour of the few other car drivers who were out there. It was lethal.

One piece of driving as the dual carriageway turned into single carriageway had me reaching for the “save this bit” button on the dashcam.

The oil change bits (25 litres of oil, fuel/oil filters) had been placed carefully out in the yard at the dealer.

All it needed was some swirling mist, a dramatic soundtrack, some codewords (“The swallows are flying south early this year”) and it could have been a Cold War spy swap.

The trip home was uneventful – until I idly pulled a stray hair out of my nose (as you do) while queueing at the Winnall traffic lights, and had a loud and violent sneezing fit. Rather oddly, all the cars around inched away as far as they could. 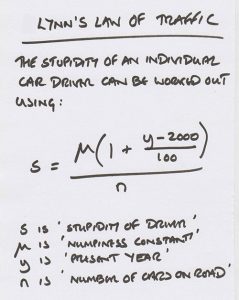 I rang our lovely local police person to discuss the dashcam video. She wasn’t surprised at my tales of car-based lunacy.

“The numptiness gets worse every year out there, and it’s evenly distributed among all cars. Very few cars out there at the moment – so stupid driving increases.”

A very wise observation – we’ll call it Lynne’s Law of Traffic, and I’ve had a go at converting it into a mathematical formula.

“Would Hants Constabulary be interested in my little video clip?” I asked, suddenly realising that I, too, was turning into a curtain-twitcher.

She declined my offer, saying that just at the moment they have got rather a lot on their plates.

Trying to interpret and enforce the “rules”, “regulations” and “guidance” in a way that ensures the much-loved local police will still be much-loved – and welcome to drop in for tea and Hobnobs – when this is all over is proving quite a challenge.

I nearly mentioned that if they’d had a flood of calls about some stupid sod spotted at the Winnal traffic lights with what were quite obviously very severe coronavirus symptoms, they should ignore them, but thought I’d keep quiet.