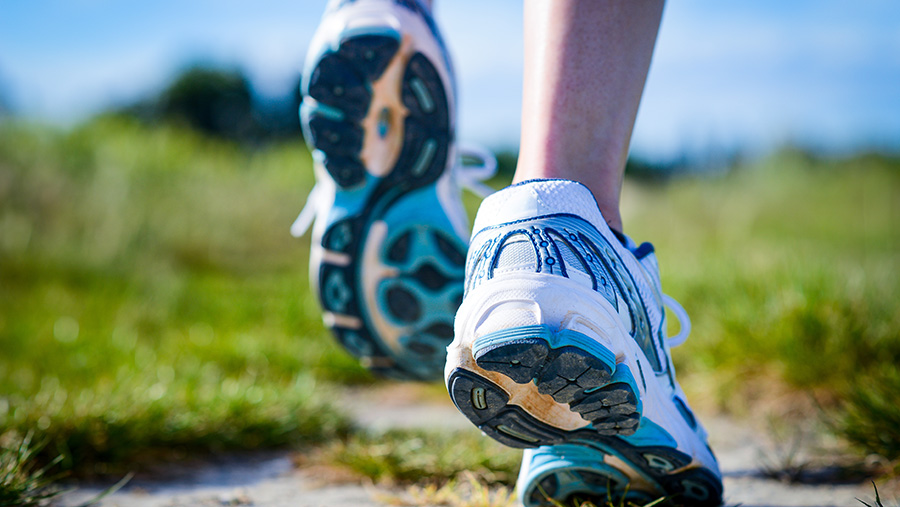 Hundreds of farmers who took part in a sponsored run last month raised £44,745 for rural charities across the UK and overseas.

Founded by Scottish farmer Sheena Horner, the Run 1000 campaign saw farmers and other people in agriculture each donate £20 and record the distance they ran or walked during January.

Runners were asked to join a social media group representing their home nation to see which country’s team could be first to run 1,000 miles.

But the distance was quickly reached, with participants covering a total 64,785 miles during the month – equivalent to more than twice the distance around the world.

Ms Horner said it was tremendous to raise so much money – but a bigger achievement was bringing so many people together to highlight the issue of rural mental health.

Didn’t get the PB I’d hoped for but only 14 seconds short. I have ran 100k this month though including the first 10k in twenty plus years. I’ve walked 60k and I’ve met some amazing people as part of #Run1000 Delighted with the month. And still six days to go for #DoddieAid pic.twitter.com/dREstpamo8

“Thank you all so much. January has been a horrendous month for so many people, but to me it has been amazing,” she said in a video message to all the runners.

“Each and everyone of you who has taken part, and all the support we’ve done – it is just fantastic and the money raised has been phenomenal.”

29 days of #Run1000 & today my mates inspired me to achieve something for myself 🏃‍♂️🇮🇪 #TackleYourFeelings pic.twitter.com/4RH4KYxGyH

Irish dairy farmer Peter Hynes, who didn’t run at all before taking part in the fundraiser, completed more than 125 miles during the month.

Mr Hynes said it had been humbling to see so many people taking part to help break the stigma around rural mental health issues.

Thanks @LizHoggarth @_Run1000 for the mug for being joint winners of Sunday’s fancy dress run….looking forward to having my morning cuppa in it. Let’s make the most of these last few days running #Run1000 🏴󠁧󠁢󠁥󠁮󠁧󠁿 pic.twitter.com/yw32nehsBA

Some runners took part in a fancy dress competition held to publicise the Run 1000 campaign.

In total, 1,862 people ran or donated money to the campaign.

Bron’s last run for #run1000! 🏃‍♀️ The turnout has been phenomenal. Well done to everyone who took part, and braved the British weather in January to raise money for fantastic charities. 💪😎 pic.twitter.com/jCejl1pSxo

They included Lincolnshire farmer Charles Anyan, who ran a marathon after losing four stone in weight over nine months.

Bishop of Ripon Helen-Ann Hartley, who took part herself, praised all the runners and supporters who had added to the amount of money raised.

“It has been an absolutely incredible celebration and affirmation of the importance of attending to urgent needs in the agricultural sector.”