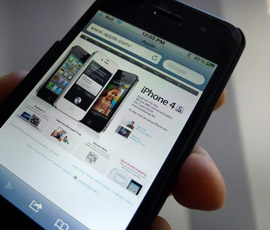 Farmers have named the mobile phone as the gadget they would struggle to live without, in an exclusive lifestyle survey carried out by Farmers Weekly.

The online survey, which involved more than 1,300 respondents, aimed to build an accurate picture of farming lifestyles in 2011. We have devised a quiz (below) to see if you can guess correctly what people answered in the survey.

Farmers Weekly asked a series of questions on its website about farmers’ working lives and their leisure time in order to work out what people do when they leave their wellies at the door.

Asked what gadget they could not live without, 56% said their mobile phone, with smartphones such as the iPhone and Blackberry being a popular choice.

In second place was the computer or laptop, which attracted 15% of the vote.

Respondents said that they were working longer hours than they were five years ago (59%), with 35% saying they had taken less than a week’s holiday this year.

But there were strong signals that farmers are very happy with their lives, despite the long hours and difficulties they face.

Even with the day-to-day pressures, 80% of respondents said they would not consider a move away from agriculture.

And when asked what would be the first thing they spent a £5m lottery win on, pretty much everyone had the same idea – paying off the overdraft and mortgage, buying more land and investing in some farm improvements.

Isabel Davies, Farmers Weekly content editor, said the survey demonstrated farmers’ passion for the industry, with many describing it as their hobby as well as their job.

“That people would spend a lottery win on their farm business, reinforces what we all know – that farming is an industry people are all proud to be part of and one that gives enormous job satisfaction,” she said.

Alternatively, you can find out how farmers answered some of the key questions – such as their favourite tipple, celebrity and hobby – by taking part in our lifestyle quiz below.