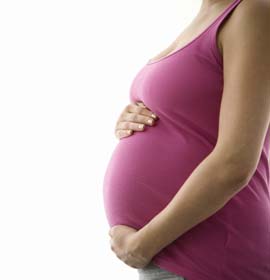 Women farmers and farmers’ wives could be given maternity pay as part of plans to reform the Common Agricultural Policy.

Females working in agriculture could receive “maternity benefits” in a bid to enforce gender equality and ensure economic growth in rural areas.

In a report approved by the European Parliament this week (5 April), MEPs called for women farmers to be granted “social protection” in a bid to bolster rural communities.

The report, drafted by German MEP Elisabeth Jeggle, says more effort needed to be made to improve living conditions in farming communities.

Reform of the CAP should also work to eliminate gender discrimination and improve working conditions of female migrant workers, while ensuring that self-employed women farmers and partners received “adequate benefits” when they had children, the report adds.

The text outlines the importance of improving infrastructure, facilities and services in rural areas, as well as equipping people who live in the countryside “with the most up-to-date IT infrastructure”.

This report is part of the ongoing debate on the reform of CAP ahead of the parliament adopting a position on the reform in July.

What do you think of the idea of giving maternity pay as part of the CAP? Have your say on the FWi forums