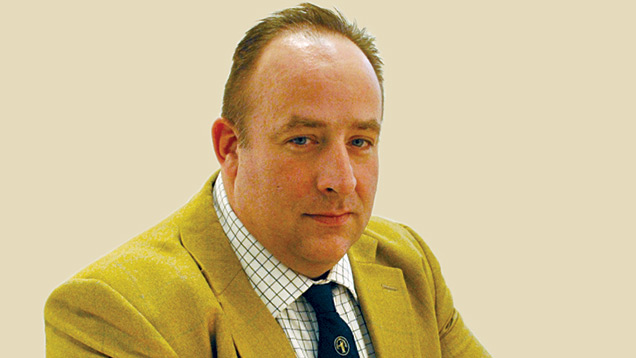 “Volatility” seems to be taking over from “sustainability” as the latest buzzword in the agricultural lexicon, as see-sawing currencies and commodity prices continue to confound commentators and bewilder budgets across the industry.

Grain prices have proved at best unpredictable, not least due to unforeseen geopolitical events such as Mr Putin’s acquisition of some prime beach-front property on the Black Sea.

And as for oil, if we’d had the slightest inkling of what was going to happen there, then we could all have spared ourselves last autumn’s pantomime north of the border. If ever a bullet was dodged, Mr Salmond.

However, one commodity whose price is following a rather more predictable long-term trend is milk, where a period of 18 months of rising prices and rapidly expanding production has been followed by an equally sharp correction, the painful effects of which we are witnessing right now.

You don’t have to look too far back to see the last time this happened. In 2008 after a similar sustained rise in world dairy commodity prices, farmgate prices in Europe, the USA and Australasia collapsed by as much as 60% in less than a year.

What we are seeing in the UK today is merely a taste of what the rest of the world has had to cope with for decades.

World milk prices follow a recurring three-year cycle of expansion and contraction, albeit around a long-term upward trend as demand for dairy products tracks rising population and income growth.

“As an industry, we are increasingly exposed to global events” – David Alvis

However, milk is a relatively thinly traded commodity with a largely inelastic demand, so we shouldn’t be overly surprised at the consequences of a 7% annual increase in production against less than 2% growth in world demand.

As an industry, we are increasingly exposed to global events. Last week’s announcement of a €1tr package of quantitative easing by the European Central Bank, as a last-ditch attempt to drag the Eurozone out of recession, may be good news for the wider European economy.

But its implications for UK milk producers, not least those who signed up for membership of the Arla Amco co-op and in so doing increased their exposure to currency movements, will only add to the short-term pain as the euro continues its slide against the pound.

Retailer-aligned supply pools offer protection from commodity price volatility for those fortunate enough, or possibly forward-looking enough, to have signed up to a “cost-plus” contract.

Many questioned the wisdom of a seemingly one-sided open-book costing model at the time and 12 months ago, as commodity prices soared, they looked a rather conservative option.

Given the retailers’ public declaration of commitment to maintaining these contracts for the foreseeable future, they are now proving an invaluable hedging mechanism.

Ironically, the question now being asked is how long can an embattled Tesco et al sustain such a premium to the market, given their current woes?

I suspect, however, there is a longer game at play here and the 70% of Arla’s Tesco suppliers who moved to the market tracking Amco contract last year may just have bought the rest of Tesco’s milk suppliers some time.

The one thing that is beyond doubt, however, is that volatility is here to stay and in the absence of readily accessible commodity hedging tools for dairy producers, the most effective protection against volatility is cost control.

As any seasoned pig producer will know, the last one whose head goes under water is invariably the first to resurface when the market turns.