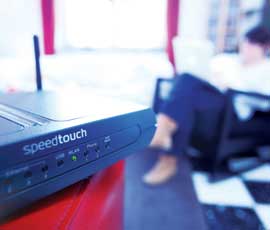 Rural parts of the UK have some of the worst broadband services in Europe, says the Countryside Alliance.

The West Country, Cumbria, parts of Wales and the Scottish Highlands are trailing every other country in Europe, according to Barney White-Spunner, the new executive chairman of the alliance.

“If you look at every other country in Europe, you can get much better broadband and mobile coverage than we’ve got in rural areas – particularly the South-west,” Sir Barney said.

A lack of broadband in the countryside continued to be one of the biggest headaches for households and businesses alike, Sir Barney added.

” The digital divide is growing ever wider as broadband companies focus their money on providing for their urban customers, yet the need for broadband in the countryside is as important as the need for gas, electricity and water,” he said.

“If you visit any government website you will see an ever-increasing number of forms that need to be filled out online – a particular problem for the farming community.

“If the government wants to cut administration and costs by moving more services online, then they must ensure that the broadband network in rural areas is also fit for purpose.”

Sir Barney, who lives and farms in Beaminster near Bridport in West Dorset, is unable to use his mobile phone at home without first plugging it into the internet due to the poor level of connectivity in the area.

The Countyside Alliance has been monitoring the government proposals and timescales for the £530m high-speed rural broadband rollout, but it is becoming increasingly concerned that a lack of progress risks leaving rural economies trailing further behind cities.