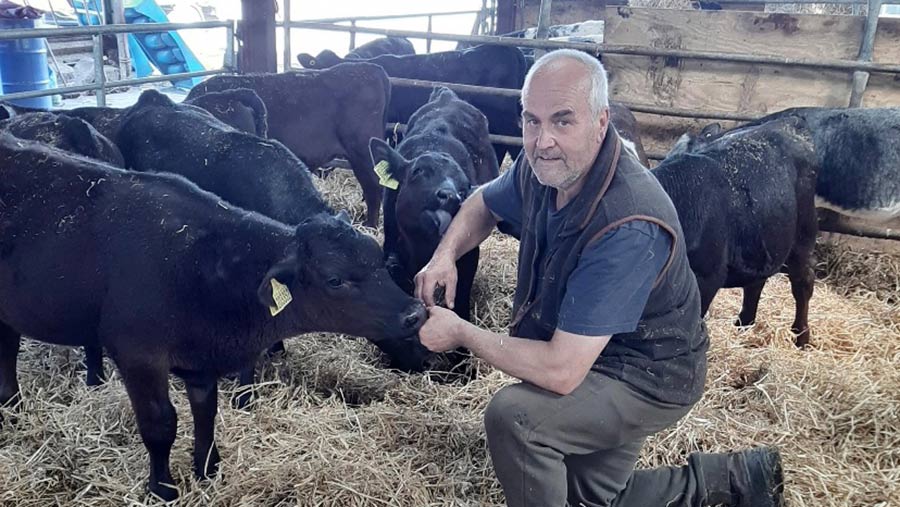 A beef and sheep farmer dubbed the Somerset crooner has been warming up his vocal cords for a three-day charity singathon this weekend.

Andrew Sheldon, from Draycott, has been keeping people’s spirits up during the coronavirus pandemic by sharing videos of himself singing on Facebook.

His daily videos have attracted a huge audience and some have been viewed 70,000 times.

The married father-of-three and grandfather-of-two has been dedicating his songs to hardworking NHS staff and care workers.

Today’s song has been requested by Tracey Lockyer for all the staff at Mole valley farmers in Bridgwater. A massive thank you for all your hard work during lockdown. 🐮😘

I would also like to wish Teresa Read a happy birthday, hope you’re had a fab day! 🎂

Posted by Andrew Sheldon – The somerset crooner on Friday, May 1, 2020

During the pandemic, he has been busy calving, haymaking and managing his flock of 1,000 sheep. As well as uploading videos regularly to Facebook, he kept locals entertained by singing in his street.

Now Mr Sheldon has decided to break off from his busy farming schedule to take part in a gruelling three-day singing challenge to raise money for charitable causes.

The 56-year-old will be singing live for charity at 12.30pm on Saturday 29 August, 12pm on Sunday 30 August and 12.30pm on Bank Holiday Monday 31 August. He will sing an eclectic mix of songs, including new hits and old favourites.

His daughter, Kirsty Sheldon, told Farmers Weekly: “My dad is hoping to share any money he raises among a number of charities and have his photo taken with them.

“He wants to help out some of the charities that may have been forgotten during the pandemic.”

Donations are being collected via his wife Teresa’s PayPal account – as no fees are charged – and once all the money is collected, Mr Sheldon will shortlist the charities and put them to a public vote on his Facebook page.

“If everybody donated £1, it could be huge. Hopefully, we can raise a good amount of money,” said Kirsty.

He has also had “Team Crooner” T-shirts made, which people can buy. They come in sizes XS to 8XL Polo tops are £20 and T-shirts are £15 (both include postage). All proceeds will go to charity. Orders can be made by messaging the Somerset crooner on his Facebook page. 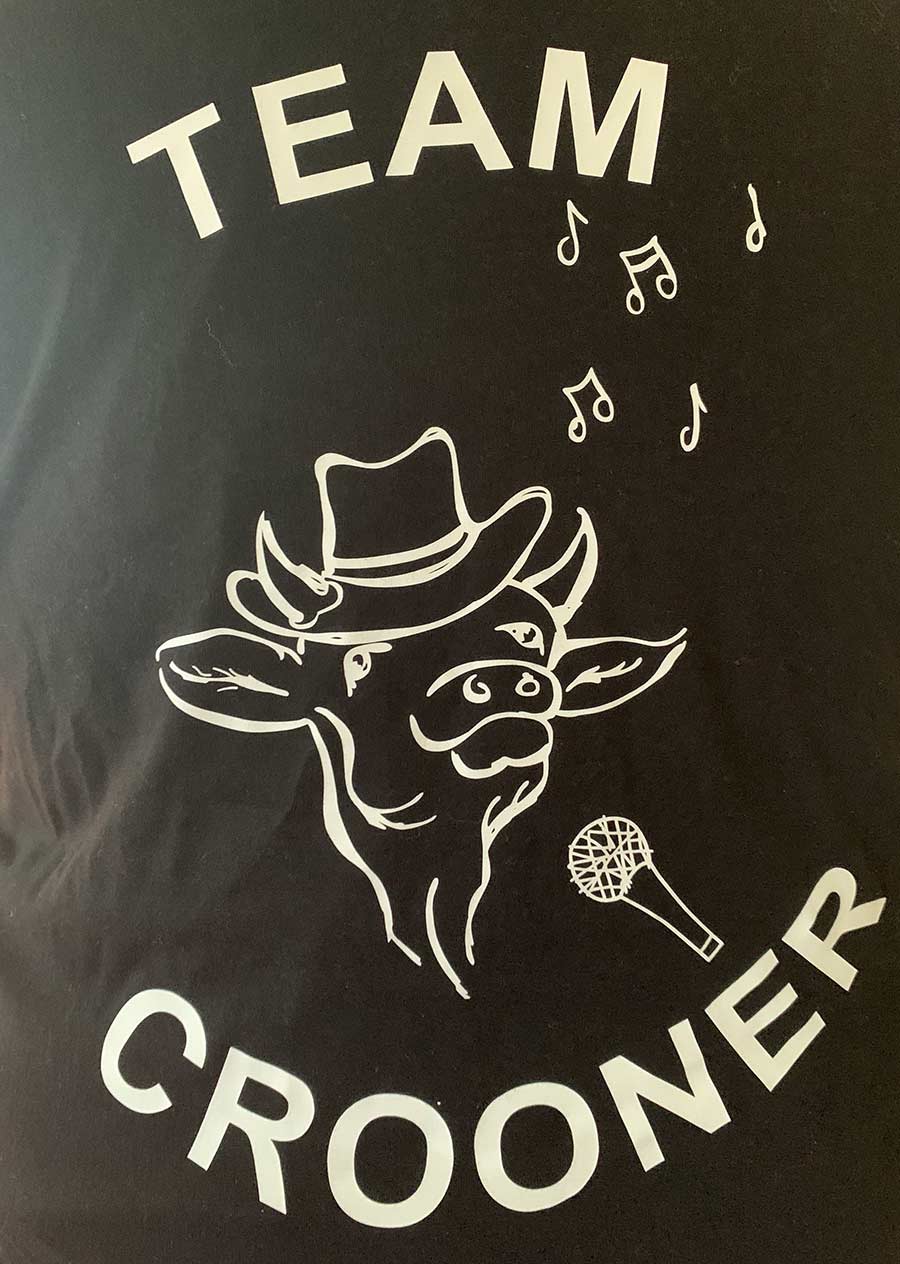 Show your support by buying a Team Crooner T-shirt

Mr Sheldon has been a farmer all his life, but he has always had an interest in singing.

He bought a karaoke box and sang in his local pub, the Cider Barn, in Draycott. After people told him he had talent, he decided to buy more kit, including big speakers and a laptop karaoke system.

“He is extremely busy on the farm. But this is really important to him. I’m very proud that he has taken the time. He just keeps on going.”

You can donate funds via PayPal.