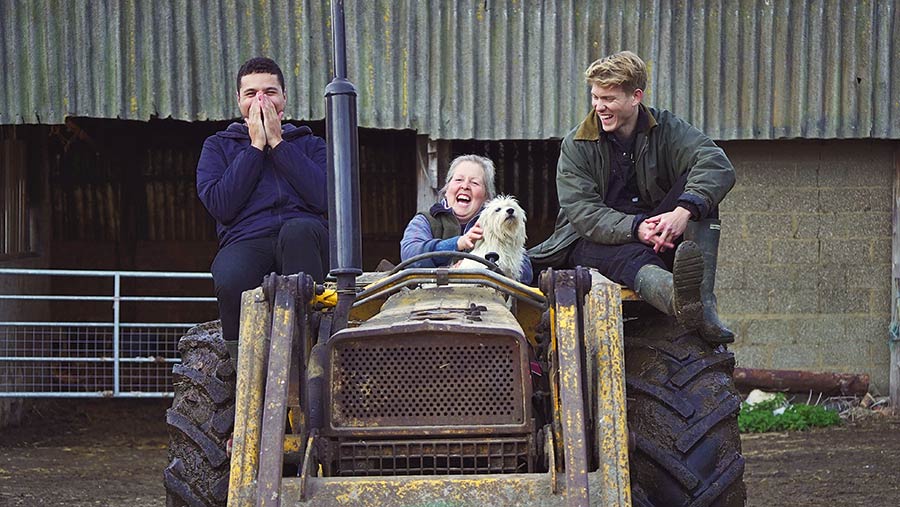 Having won the hearts of farmers and the wider public in their thousands, the team behind the British Farming farming docu-series have exciting plans for 2019.

Just when it seemed farming had been covered in every angle possible on TV, the new kids on the block came seemingly out of nowhere with a simple recipe to inform and entertain.

Described by its creators as “true, honest and unfiltered”, the British Farming series captured and distilled the essence of working life on a small livestock farm over a period of 12 months in 2018.

Star of the show, Buckinghamshire farmer Sarah Denne attracted an average 16,000 viewers each month last year as a new episode of the web series was released on YouTube.

See also: How a young farmer built up his flock on short-term land tenures

Second-generation farmer Sarah has been farming since she was 14 years old and today runs a 60ha farm, nestled in a village between Oxford and Milton Keynes .

“The series has just brought so much pleasure,” says Sarah, as she lays out a hearty lunchtime spread of cheese, bread and cake for the famished film crew of three.

“I never expected it to get the attention that it has done. I just thought it was a really nice idea and a good thing to do.”

Sitting across the kitchen table sipping his tea is Sarah’s son Rufus. One of four brothers, he wasn’t as engaged with farming as some of his siblings growing up but was brought up with the free choice of what he wanted to do with his life.

“I was always more of a townie,” he says. “I was always the least interested in the farm but that doesn’t meant I’m not proud of the fact that I’m from a farming family, because I am. I do have a love of the land and the animals.”

Today he runs his own marketing agency start-up in London. The British Farming series was his idea to showcase what life is really like on one of Britain’s small family farms.

Each episode is roughly 15 minutes long and focuses on farm work and events in a given month – from lambing in March, haymaking and shearing in June and the dark, cold days for bedding up and feeding in December.

The brief has always been to entertain as much as inform, particularly catering for people who have little or no knowledge of farming, while still giving something to a more clued-up audience. 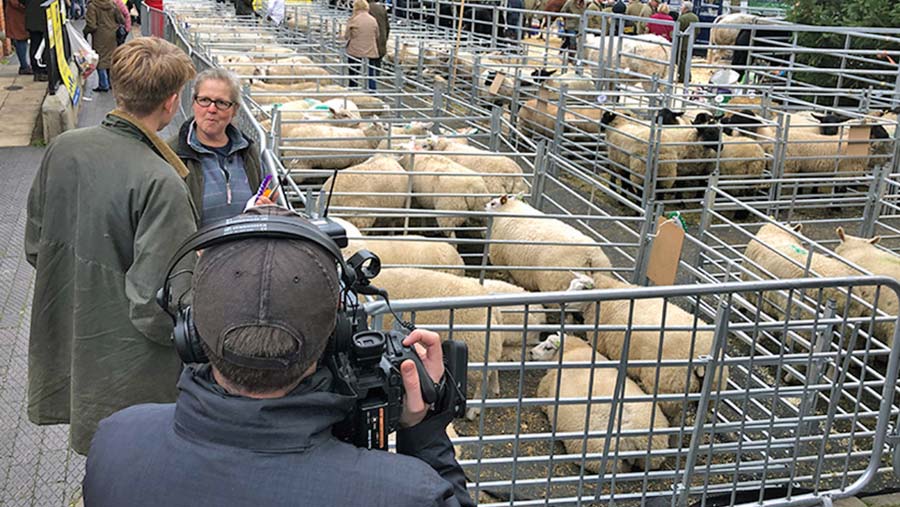 Playing a supporting role to his mum, Rufus asks the occasional question for the benefit of less well-informed viewers – things like: “Why do you dock lambs’ tails?” and “Why do you carry them by their legs?”

While there’s an abundance of vegan activist-fuelled anti-farming videos online, there’s no direct agenda to fight this tirade head on – more a wish to share the whole truth.

One of the cornerstones of the series’ success, aside from it’s beautifully pure and candid approach, is Sarah herself, says Rufus.

“The thing that we discovered straight away was that mum is the same on camera as she is in real life – she’s just great,” he explains.

Her boundless enthusiasm for farming, simple explanations and endearing ability to carry on smiling and laughing through even the toughest of days is sure to be a big reason why viewers kept coming back for more.

For Sarah, these episodes are the perfect way to communicate with a broad range of people with a mixed understanding of what it means to be a small livestock farmer in the UK today and even dispel some misinformation about animal welfare along the way.

“I wanted to bang the drum for people like myself. This is a normal family farm and we have good days and bad days – and then there’s the madness of it all. It’s lovely chaos,” she laughs.

“I also wanted to educate people. The welfare of the animals is my number one priority so it was good to have the opportunity to explain why we do these things.”

The devotion she shows to her stock is truly heart-warming and this is something that good friend and co-creator Josh Aarons has come to understand better, having worked on all 12 episodes.

As a long-standing vegetarian from a non-farming background, he’s the perfect person to ask the kind of questions that help to open the series up to a mass audience.

“I think what I’ve learned most of all is that farmers like Sarah dedicate their lives to what they do. I know that might sound obvious but it’s really eye-opening to actually see it first hand.

“I already had respect for farmers but I now see the appeal of living and working on a farm – there is nothing more wholesome that this.”

Meanwhile for Rufus, spending more time with his mum and sharing in her greatest passion has been infectious.

Having successfully completed their mission to document what life is actually like, month by month, on a small family farm – the big question is, what’s next for the team?

The production of each episode is a major operation, with two cameras filming the action from multiple angles over the course of a day and then four or five days taken to edit the footage into an episode.

To make the work even trickier, nothing is stage managed or set up – Rufus, Josh and fellow cameraman James Norden simply follow Sarah through a day in her life on the farm, taking the action however it comes. 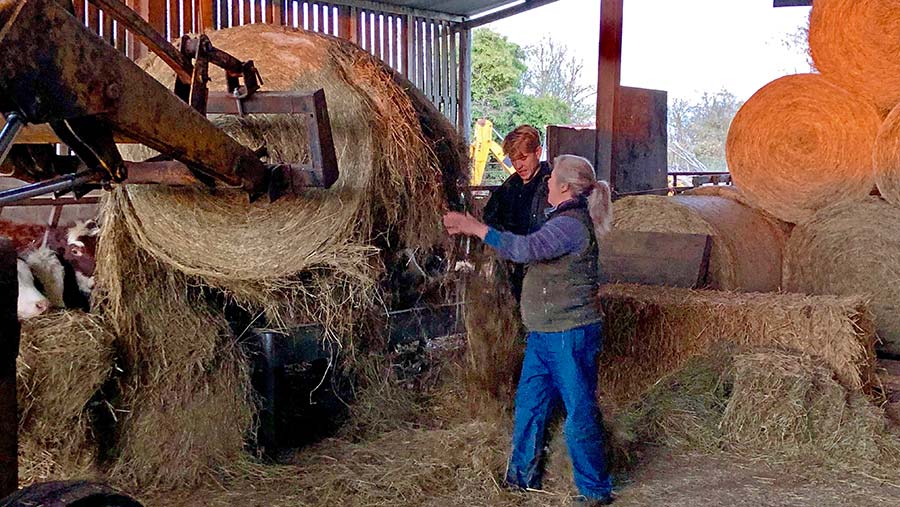 Despite the amount of effort put in by all involved, calling it a day was never a serious option for them, which such a strong following and heartening comments coming in droves, begging for more.

But this presented another problem – how to make a second round of episodes that keep things interesting while not losing any of the magic of the debut series.

“The whole point was to show life on the farm over the course fo a year, so we can’t just do the same thing again,” explains Josh, acknowledging that in farming, no two years are ever quite the same.

After much head-scratching and idea-floating, Rufus says they’ve decided to make a second series but in a way that keeps the content of each episode fresh.

“We’re going to keep going but rather than follow on month by month, we’ll be looking into certain aspects of farming and getting more creative,” says the 29-year-old, adding that they’ve been spurred on by a raft of positive messages.

“We don’t want to stop because everyone is telling us not to. The viewers aren’t bored of it yet and neither are we.”

You can now watch the full first series by visiting the Flank YouTube channel. A new video has been released announcing what the team plan to bring viewers in 2019, along with some of the highlights from the first series.

Watch the episode below.