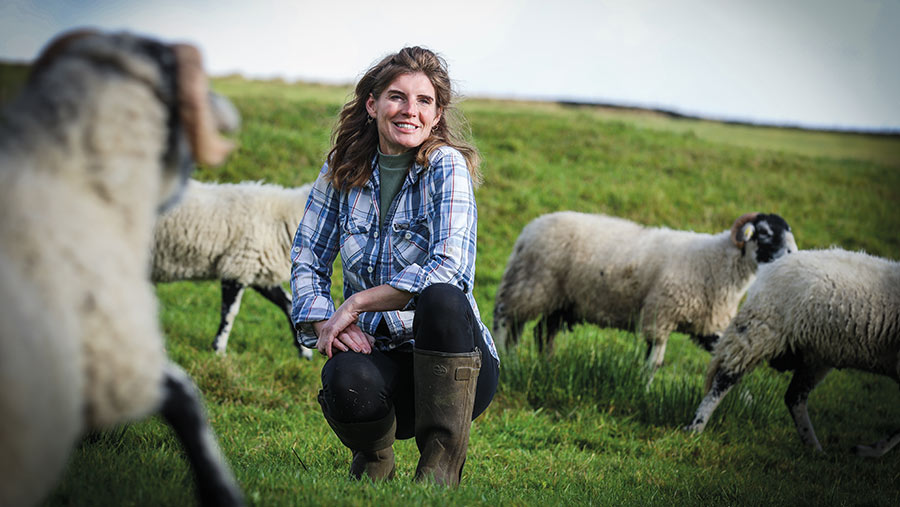 When you walk through the door of Amanda’s Yorkshire Dales farm, Ravenseat, to be greeted by husband Clive, a cuppa and nine ecstatic children, you’re struck by an immediate sense of belonging.

With the dog curled by the fire and clothes strung out to dry, it’s hard to imagine how this haven could be disturbed by outside forces.

Yet despite her success as a storyteller through hit TV series Our Yorkshire Farm and new book Celebrating the Seasons – Amanda, who is known as the Yorkshire Shepherdess, has learned first-hand how sharing her farming life is not as simple as it appears.

Starting in 2018, Channel 5’s hit docuseries has now reached its fifth season, with the latest episodes filmed by Amanda, with the help of her children, during lockdown.

“It was a challenge certainly, but in a way, it was one of those challenges where it was an opportunity to showcase what you actually do,” says Amanda.

Handing over filming control to her children allowed a sense of realism that has paved the way for a gritty yet heartwarming tale of life on the farm.

“As soon as you start ‘sexing’ things up, you lose what it’s about,” she says.

With this in mind, it’s no wonder that her programme appeals to so many, and bridges the gap between farmers and the consumer.

“I feel like our programme is watched by two distinct types of people: those who know and those who don’t. And if you can keep both watching, then you’re doing something right.”

Engaging productions allow the farming community to tell a story. “I’m terrible as I haven’t watched Clarkson’s Farm or This Farming Life, so I have to go on what Clive says as he watches them.

“It doesn’t really matter how a message is put out there. It’s starting up a conversation without preaching,” she says.

Amanda has also released her latest book, which further paints a picture of her work and home life.

“It’s dressed up as ‘lifestyle’, but a little bit of me withers inside when anyone says ‘lifestyle book’. “It’s a book that charts what goes on seasonally on-farm,” she explains.

This theme also extends to life inside the farmhouse, with seasonal recipes to try at home. “Anything that I cook has to be incredibly forgiving because I tend to get distracted.”

When discussing the opportunities that photography can bring to immerse the public into the farming world, Amanda reflects on how social media can be used to document the everyday and how this can often leave you open to criticism.

“In this day and age, it’s really difficult to do your own thing and feel like you can do that without people judging you.

But the Yorkshire Shepherdess defends her attitude, arguing that kids have to learn that risk exists.

“It’s about gently introducing the idea of what could happen and what if.”

“I wouldn’t have called myself something stupid like AmandaOwen8 if I ever thought it was going to take off.”

However, social media and publicity can also bring pressures to portray yourself in a certain light.

Her recent shoot on London Bridge, for the capital’s annual Sheep Drive and Livery Fair, led to a rebellious sheep being caught by Amanda.

“I got it with my crook and I’m standing there with my legs splayed, with the mule between my legs, on the bridge with a skirt on.

In reference to her diversification into the media sphere, Amanda reflects on how this side of her business, alongside visits from tourists, can bring a bigger return than the actual hands-on graft on the farm.

“The ridiculous part is when you say you can make more money talking about sheep and taking pictures of them, than actually farming.

“We can go outside and shear sheep and be busy, busy, busy and absolutely sweat like you wouldn’t believe, and still make more money serving cups of tea for two hours.”

It’s not just appealing to the non-farming community that can be difficult, it’s the farmers themselves, she highlights, referring to the negativity she receives as a female farmer.

Comments on her social media state that her sheep shearing pictures are “so set up” and “are you telling me a mother of nine can shear sheep? Yeh, whatever”.

The impact of such comments can have an effect on mental wellbeing for any farmer. ‘It’s really hard sometimes to steel yourself from negativity,” she says.

In addition to social media scrutiny, Amanda’s personal life has also been put under the microscope, with speculation on the stability of her marriage.

Publications have magnified her alleged separation from husband Clive, leading the pair to release a joint statement.

She’s not unaware of how the media works, though, and why farming is so often misrepresented.

Despite the pressures of the media world, Amanda remains hopeful. “Future plans for me are this afternoon and tomorrow… after that, we’ll just wait and see. I have no clue.

“All I know is that we are really proud of what we do here, and that sense of pride is what keeps you on the right road.”

Don’t forget to listen to Farmers Weekly‘s new podcast Boots and Heels which is entering its second season and airs every Saturday.

The Yorkshire Shepherdess is Boots and Heel’s first guest – hear more on what Amanda Owens has to say in the first episode (available on 12 November 2021). 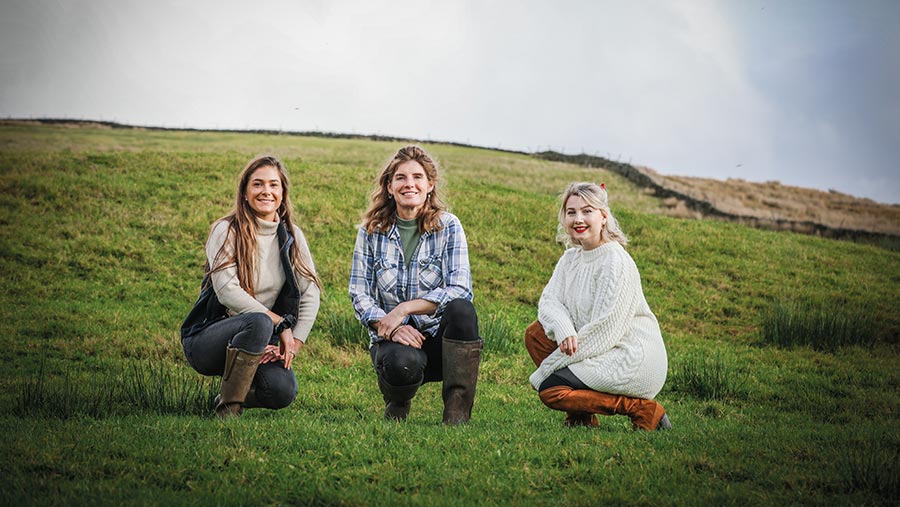