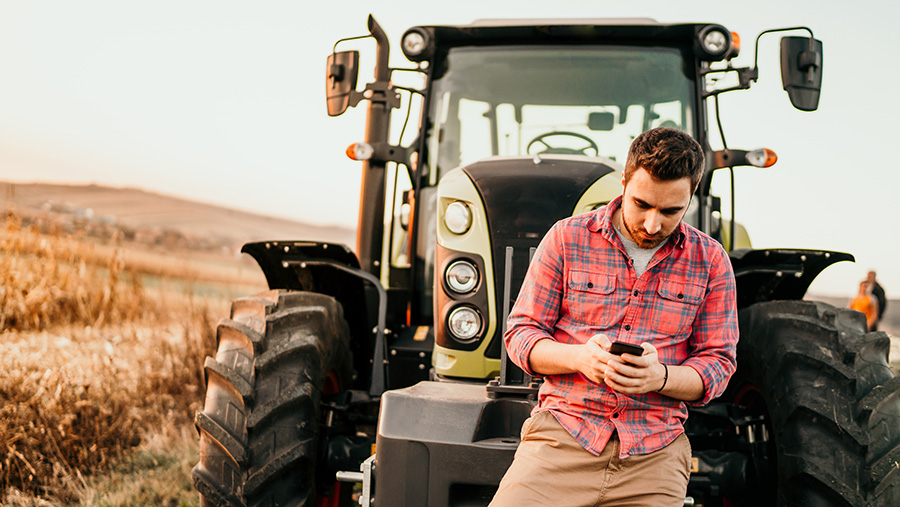 A summer job on a farm is a great way to bank some cash before heading back to uni or college.

Long hours corn-carting (combine driving, if you’re lucky), grafting in the grain dryer or doing autumn cultivations has been a rite of passage for ag students for generations.

The summer student is an annual fixture on some bigger arable farms and estates – and we reckon there are certain traits that define him or her.

Daytime wear is either a T-shirt with an inappropriate YFC slogan on or something scruffy and torn. Particularly hot days spark the chaps to go topless. Come the evening, it’s a different story, because the student will have blown some of their first pay packet on a fresh Ralph Lauren and Shoffel outfit to impress their new matches on Tinder.

You can hear them at 50 yards talking about how many followers they’ve acquired on TikTok or Instagram since they put a second aerial and flashing beacon on “their” tractor.

They’ll claim in the pub they’ve been driving the combine all day when in fact they were sweeping the grain store. Other evening – often alcohol-fuelled – exaggerations centre around yields (“15t/ha, easy”) and the size of their parents’ farm (for “we own almost 1,000 acres”, read “it’s 215 acres, mostly tenanted”).

In the air-conditioned greenhouse (AKA the cab), there will be two cans of energy drink, a phone, a phone charger and a pair of cheap Ray-Ban equivalent sunglasses.

Their other half might well be miles away, possibly on the other side of the country – so they’ll be FaceTiming and Snapchatting most evenings (something many of us only became acquainted with during coronavirus).

The harvest student has an insatiable appetite. The “bait box” typically contains two rounds of sandwiches, a pork pie, a scotch egg, a tomato, a packet of crisps, a bar of chocolate and an apple. And that’s just breakfast. Still, when you’re putting in 14-hour days, it’s all about calories.

No, it’s not fleas, it’s those wretched awns. In your footwear, in your collar and in other unspeakably unwelcome areas.

Conditions have, thankfully, improved since the old man’s day, when the only companions in the caravan or B&B were mice, mould and possibly another student from a rival college. Accommodation can even be plush these days, but it’s more often “functional” and isn’t about to get a five-star rating on Tripadvisor any time soon.

It’s with a little shame that they might make a short appearance in the local paper (page 5, sandwiched between “cat up-tree” and “hedgehog sanctuary paints front door” stories) for causing a two-mile tailback on the local A-road when they forgot to pull over with a full load of wheat.

A lot of students are mechanical masters, but a few leave a trail of bent and broken kit in their wake. Good job breakages aren’t deducted from the payslip.

Yes, yes, we get it. You once drank x-amount of pints and did something disgusting with a watering can/carrier bag of silage/pork bap (delete as appropriate) in the student union bar.

The harvest student finishes the season with an iconic farmer tan – that means the legs between the top of dealer boot and the bottom of shorts, and the arms below sleeve-level.