We catch up with Young Farmer of the Year, Jacob Anthony from South Wales, to find out what he has been doing since the Awards ceremony in October.

See also: Read about what made Jacob our Young Farmer of the Year

I was left momentarily speechless, which is highly unusual for a Welshman! I couldn’t believe I would be bringing one of the coveted yellow shields back to Bridgend; I’m still in shock to this day.

I felt a great sense of pride, not only for myself but for everyone who has helped me over the years. 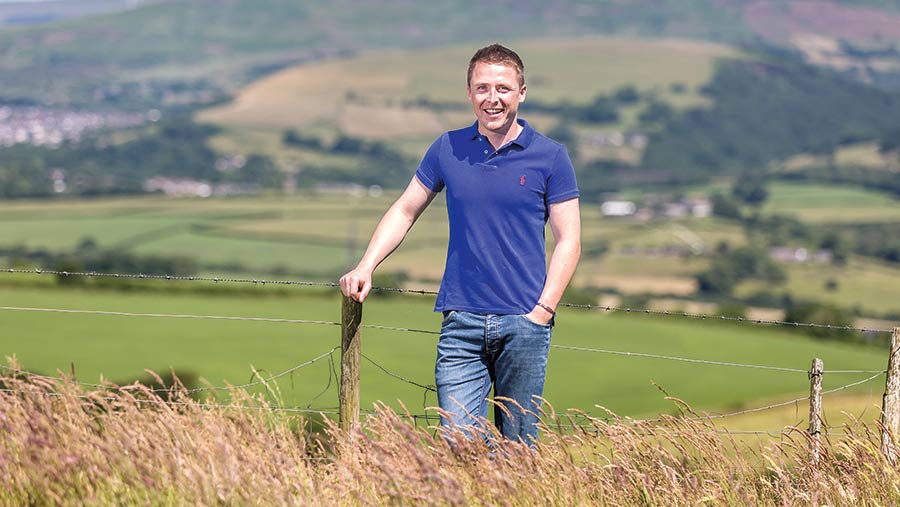 What’s the biggest challenge your business is facing right now?

We could face several over the next few years, ranging from the different possible Brexit scenarios to the public’s ever-changing dietary habits.

In terms of what we can control on the farm, though, reducing our antibiotics and wormer usage is paramount for the long-term viability of rearing livestock in a sustainable manner.

We have been proactive in reducing our use of antibiotics by switching to vaccines as alternatives whenever possible without jeopardising the health of the livestock and by using faecal egg counts to make decisions on when the flock needs worming, as opposed to routinely worming on specific dates as we’ve done historically.

The latter process has enabled us to save several hundred pounds on wormer costs; we’ve seen time-saving and long-term benefits too.

What’s the best bit of farming advice you’ve ever been given?

One thing Wyn Owen said when he was giving a talk to our Agri Academy group back in 2014 has really stuck with me.

He said farmers sometimes think that the way to make an enterprise effective is to work twice as hard or expand the existing system.

Instead, we should be stepping back and scrutinising the cause of these malfunctions and questioning whether it is financially viable at all.

It’s a strong message and one I have repeatedly found myself referring to.

One person who has had a profound influence on me is Julian Radcliffe.

I worked for him on his mainly arable and beef farm during my middle-year placement and learned a huge amount from his meticulous attention to detail in all aspects of running his business.

It’s an approach I’ve tried to emulate as much as possible.

Where have you put your awards plaque?

In the farm kitchen.

a necessity for everyone – even vegans.

All imports must meet the same welfare and environmental standards as British produce.

To enter or nominate for the 2019 Young Farmer of the Year Award, go to awards.fwi.co.uk