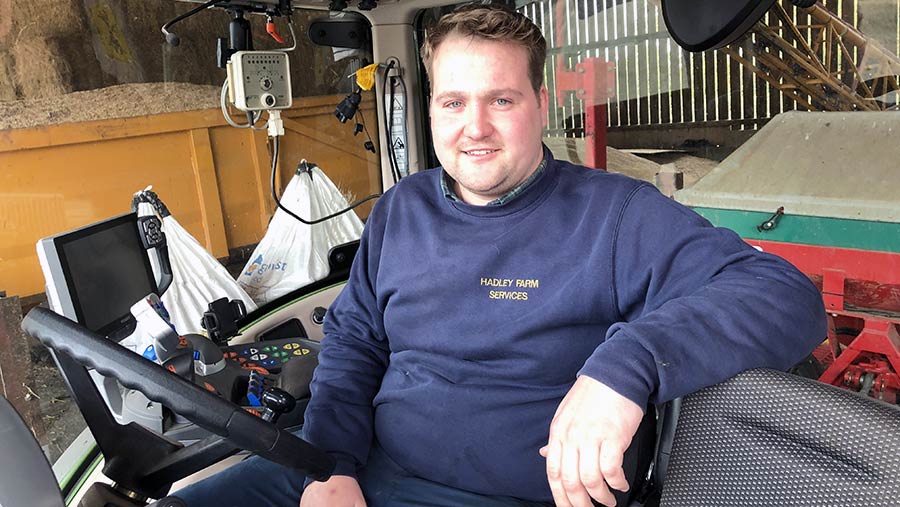 As a livestock farmer’s son keen on venturing into arable farming, Tom Hadley leapt at the rare chance to rent land for a preferential rate to get him started.

The 27-year-old is one of seven young farmers running a slice of arable land on the Suffolk/Essex border on a five-year farm business tenancy (FBT) with the Layzell Bures Charity.

Set up in memory of Suffolk farmer Peter Layzell, the trust offers a leg up to young people who want to get into farming.

Tenants are selected on the basis of their personal statements and farm management plans, rather than simply offering ground to the highest bidder.

This means that land is typically let to young farmers for around £125/ha, roughly a two-thirds reduction on average market value, according to Defra’s most recent farm rent figures for English arable land on an FBT.

The trust has about 335ha in total, split into six arable and one livestock holding. Acreages available to rent from the charity are relatively small, with 33ha being the largest block.

However, dismissing such a modest plot as too small to be worth farming would be entirely missing the point.

Tom took on his 17ha tenancy complete with new 200t grain store in September 2015 and is now into his final season of cropping, having grown wheat, barley, peas for seed and potatoes.

“The idea is that it is a learning step. It was a good opportunity as a 23-year-old to get into farming myself,” he says.

“It’s much more than driving a tractor for someone else, it’s working with agronomists and merchants and planning everything for yourself.”

After ambitiously but unsuccessfully applying at the tender age of 16, it was second time lucky for Tom. He sent in an application to the trust while working on a 2,000ha mixed farm, the arable enterprise of which peaked his interest.

He also helps out with the 80-cow suckler herd and 150 sheep on his parents’ farm and works with his uncle on a 1,200ha arable unit.

For Tom, the management of his own land has been a challenging but hugely rewarding experience which he would urge others to consider trying.

“The really good thing about it is, you’re much more involved in the farming because you are making the decisions. It’s not really about the money or making a fortune and such a small acreage.

“I think you get more out of the experience that this offers than you do out of university or just sitting on a tractor seat all day everyday.

“The Trust is really important for people like myself, who otherwise wouldn’t have a hope [of gaining crop management skills].” 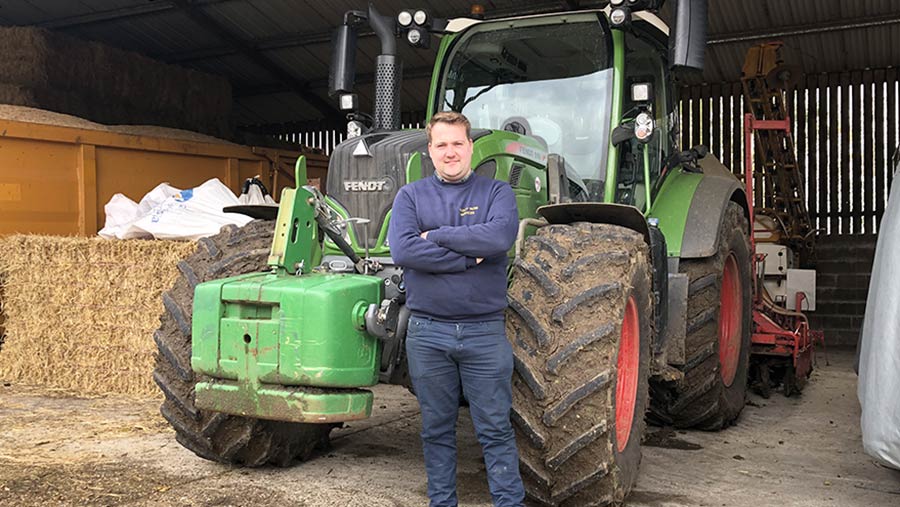 Having the security of a five-year tenancy allowed Tom to go 50:50 with his father on purchasing a used Fendt 516 Vario tractor, for use cultivating his rented acres in a conventional plough and combi-drill system.

He also bought a mounted sprayer to allow him to apply fungicides, pesticides and herbicides to his own crops.

Rent is paid annually in arrears, which is important for new entrants who don’t usually have the funds to pay in advance.

Now coming to the end of his tenancy, Tom is looking to let land to pursue his arable farming ambitions further, but is clear that his time renting with the Layzell Bures Trust has taught him a lot.

“The biggest thing I learned was to be wary of the history of a piece of land – and it has given me the experience of growing several different crop types.”

Ben Martin was the first tenant of the Lyzell Bures Trust in 2010 and says it helped him to gain the experience needed to progress towards his job today as farm manager at Velcourt’s Malton Manor Farm in Suffolk.

The 36-year-old manages about 1,300ha near Newmarket, growing combinable crops, sugar beet and potatoes, with land let out to growing carrots and onions.

As the son of a farm worker, he had always aspired to get into farming. Without land to inherit or the money to buy his own ground, he applied for an FBT with the Trust to get him started.

He bagged a 32ha plot with a grain store for six years, entering unproductive slices of land into an entry-level stewardship scheme.

“The experience of putting together an application and the interview process in itself was very positive and beneficial for my future,” says Ben.

“And then there’s the experience of managing the farming yourself. Buying inputs, selling my own grain, negotiating with suppliers and merchants and building relationships with other farmers.

“I got a real appreciation for timeliness because these are my own crops, and that stayed with me today as a farm manager.”

Starting from scratch as a first generation farmer, Ben wasn’t able to afford a tractor until his second year and relied on the goodwill of neighbouring farmers to borrow the kit he needed to run his own enterprise.

Having a base from which to store equipment and run his firewood business was a vital lifeline in the early days of this farming venture.

“The trustees are very good at listening to new ideas too. We put in new land drains and installed a rainwater capturing system on the shed for the sprayer, because the site had no running water at the time.”

He proudly credits being a tenant of the charity as key to his career progression. In the final year of his tenancy, Ben was hired as assistant farm manager by Velcourt.

“It was seen as an advantage that I was managing my own crops at the time,” he adds.