Erin Fflur McNaught is a 17-year-old who scooped a Young Handlers title at the International Sheepdog Trails in 2018 and was part of the duo who won the One Man and His Dog trophy in 2019.

Currently juggling helping out on the family farm near Bala in North Wales with studying for A Levels, Erin reckons her passion for the pursuit was acquired at a young age.

“I’m the fourth generation on both sides of the family to have an interest in dogs, so it came very naturally. It’s always been a part of my life. I’ve been brought up doing it.”

Already working her mum’s dogs at the tender age of five, Erin was just 14 when she acquired her first bitch, Moxy. Although diabetes forced Moxy to retire early, she’s now the only one of Erin’s eight charges to live in the house with her. “She’s always by my side and I think the world of her.

“There’s no shortcut to success with dog training,” she says. “People think it looks easy, but it isn’t. You have to have a lot of patience and it doesn’t happen quickly.”

She teaches pups the basics of the craft in a field, one-on-one, with just a couple of sheep, before taking them to work with her on the beef and sheep farm when they’re “a bit more grown up and sensible” at a year or 18 months old.

“It’s important to have a really close bond with a dog. If you’ve got that, it will listen and do anything for you – and the only way to build this is by spending time with them. My dogs are constantly out with me.

“I like dogs that have a natural instinct and use their brains. You especially need that on the farm, because you can’t give them constant commands. They have to work things out for themselves.

“You have to be different with every dog because each one has different traits, but it’s important to get their character to come out and work with that rather than against it.” 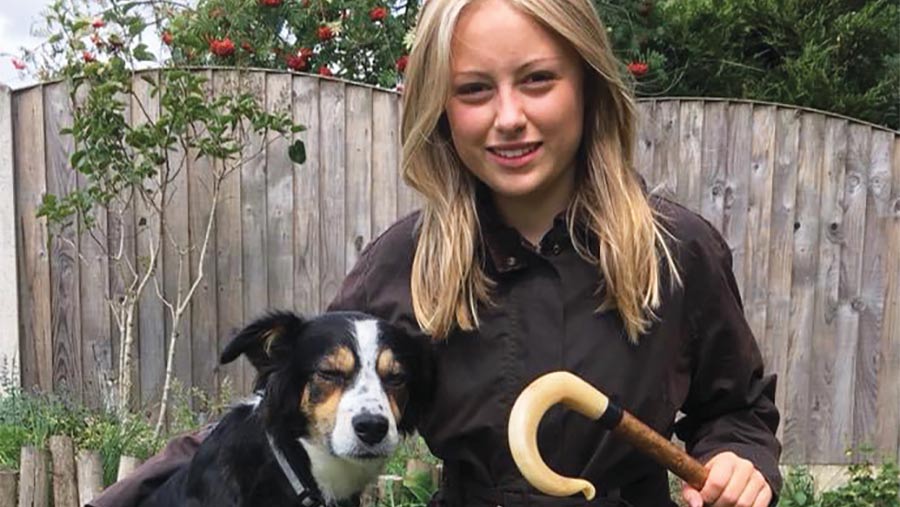 Secret of a good name

Erin – whose dogs have the prefix Pandy – currently competes with Sam and Theo, but has eight including a pup called Trysor (the Welsh word for “treasure”).

“I like names that are practical and quite short, but also a bit different,” she explains. “If you go for unique names, people are more likely to remember you on the competing circuit, too.”

Training and trialling is clearly in Erin’s blood – her grandfather and mother have been training dogs all their lives. “My mum was the first woman to get into the Welsh team which really inspired me because at the time there weren’t a lot of women doing it.”

So is she ever conscious that she’s a teenage woman making waves in what can still be a traditional, male-dominated world?

“I do sometimes feel that have to prove myself more, being female and only 17. When I’m on the farm, even with small things like backing up a trailer, people sometimes think I won’t be able to do it. I like to prove them wrong!

“I’ve been lucky to have the chance to develop the farm and put my own stamp on it and hopefully one day be able to run it myself,” she says.

“I’m considering doing a degree in agriculture, but I might take a year out first to work on other farms to help me learn.

“In agriculture, you have to constantly look to change and improve. Farming’s a challenge, but it’s really special being out in the fresh air, training my dogs and working on the mountain. I can’t really imagine being anywhere else.”

Erin intends to use the new profile she’s building to fly the flag for farming. “There’s a lot of negative press about agriculture, so it’s nice to get across some of the positive aspects and counter the stereotype that farmers are all grumpy old men. Although occasionally when something goes wrong, I’ll admit I can be a grumpy young woman!”

The teenager from Gwynedd had been looking forward to competing in the World Sheepdog Trials in Yorkshire this autumn, but it’s uncertain whether the event will take place because of Covid-19 restrictions.

“In the trialling world, you have to be ready to win or lose because you never know what is going to happen on a field. You’re under pressure ad you could have the best dog in the world, but it all depends on the sheep and they can be unpredictable.

For me, it’s all about the partnership between a human and a dog and joy is to see a dog working well. Whatever age you are, you need to be very willing to learn and there’s no substitute for putting the time in.”

With geography, biology and chemistry exams to sit next summer, the 17-year-old is certainly in for a busy spell.

“I really have to knuckle down to the schoolwork, but the dogs and the farm always come first – they’re my passion.” 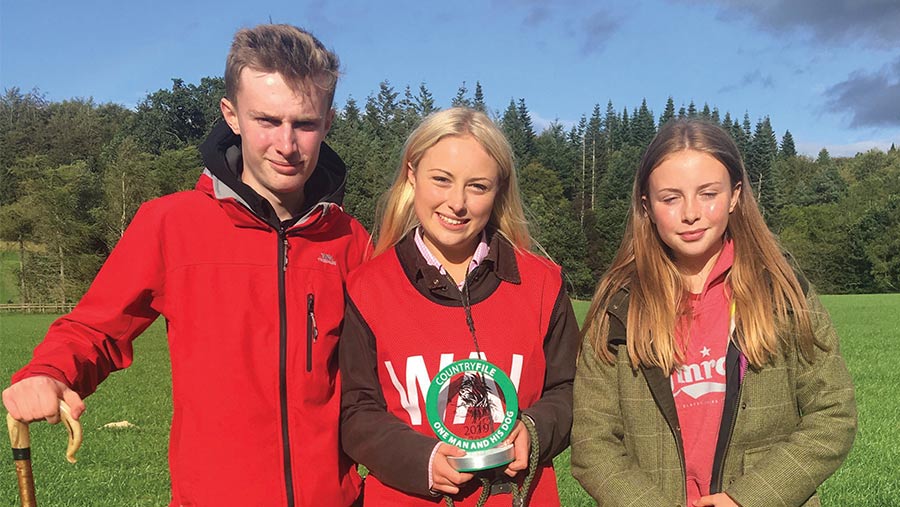 Describe yourself in three words
Determined, ambitious and hardworking

Describe your farm in three words
Busy, unpredictable and rewarding

Who’s your role model?
My mum

Favourite meal?
A roast dinner with Welsh lamb from Joe, our local butcher, with a dollop of mint sauce.