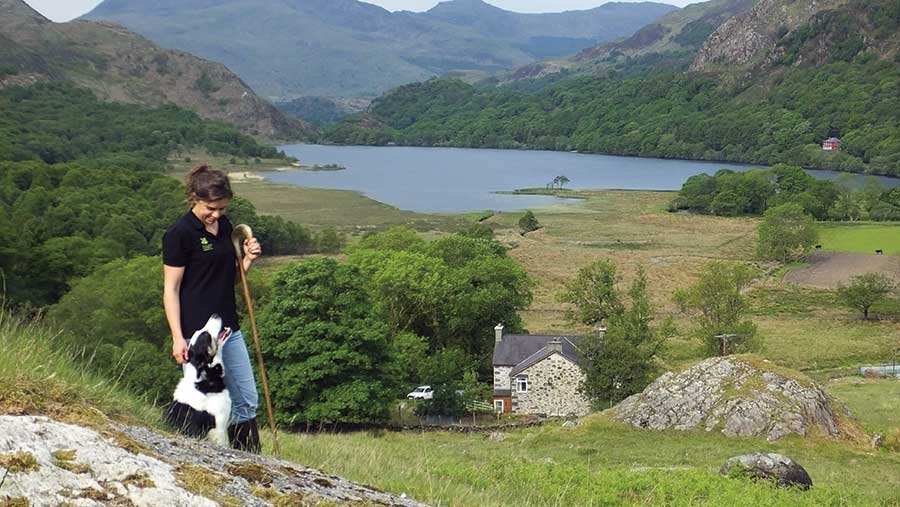 The first year of farming brings with it a huge learning curve and a number of challenges, but the feeling of achievement is unparalleled.

Two farmers share how they have survived their first 12 months. 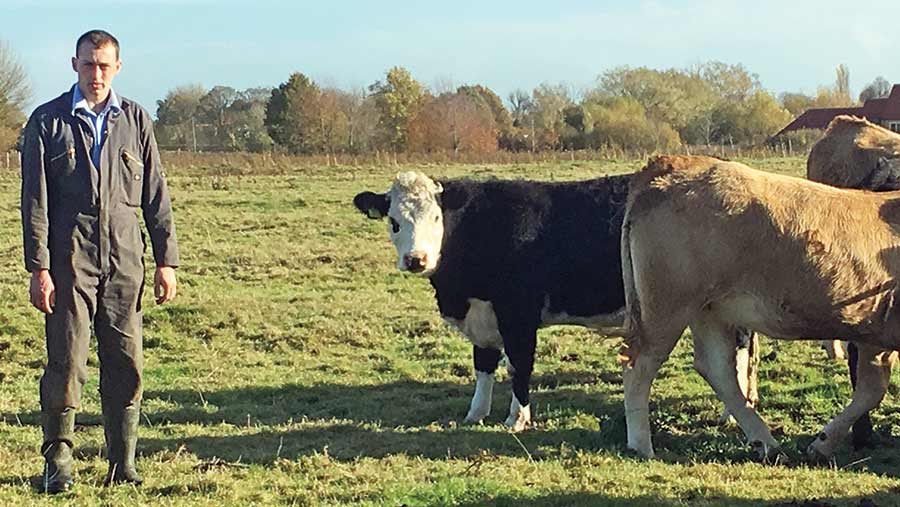 One year into his first farm tenancy in Cambridgeshire, Sam Johnson has diversified his arable enterprise, grown his stock levels and moved out of the family home for the first time, all while surviving the incredibly challenging weather conditions of 2018.

Sam successfully applied for the five-year farm business tenancy at Dawson’s Farm, Warboys, when he was just 20 years old, and started working the land in October 2017.

Now 22, Sam has moved into the farmhouse with his fiancée Anna Thompson, 21, who helps as much as she can outside her full-time job on her parents’ independent pig enterprise.

“The hardest part has probably been the weather; it’s very unpredictable and you don’t know what’s going to happen,” Sam said.

Watch the video of Sam to find out about his first year in farming and continue reading below.

On the 106ha of arable land that came with the tenancy, Sam has grown a range of crops, from the traditional wheat, barley and oilseed rape, to the more diverse onions and strawberries.

As many farmers experienced this year, the adverse weather had an impact on the results, with the onion crop failing, though the acre of strawberries was a huge success.

Sam, who grew up on a farm and has worked with many different people to gain experience, said the strawberries had been his favourite part of the tenancy so far.

“It has been quite an experience growing them, I learned a lot and hopefully we’ll be expanding them and doing pick-your-own strawberries next year,” he explained.

“I hope to learn from my mistakes and do better, especially with the onions, because I’m interested in growing them.”

Separate to the tenancy, Sam also owns 80 mules and pedigree Texel ewes and a few mixed cows that go to a Limousin bull, which graze elsewhere.

Sam decided to apply for Dawson’s Farm, which is part of Cambridgeshire County Council’s Farms Estate, because he recognised the good opportunity it presented, particularly for young people. 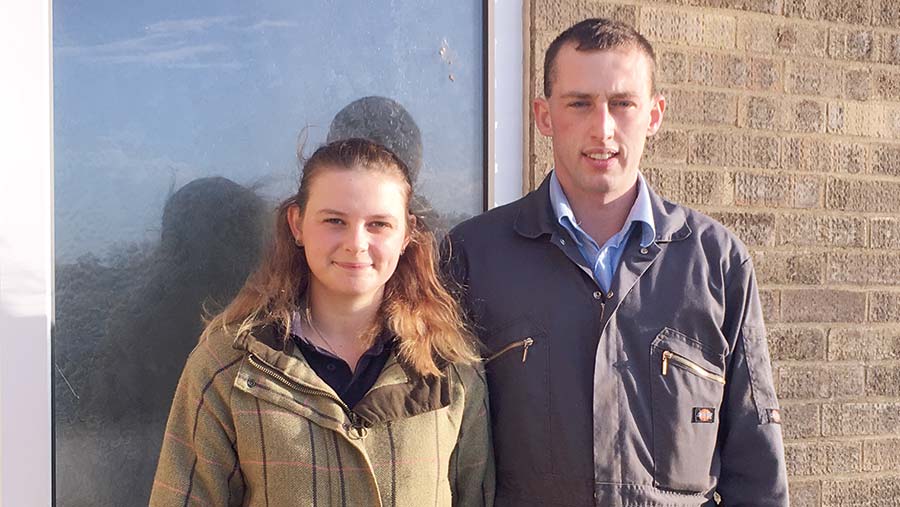 “It gets you into farming, which is hard to do these days, so we decided to give it a go,” he said.

“It’s a lot of work, but it pays off and I enjoy doing it. Hopefully we’ll be able to carry on after the five years if we do a good job.”

If the land didn’t go to a tenant, it would likely be taken up by a large nearby farm without offering anyone else any employment, he added.

Throughout the year, Sam has learned a lot about being more independent, staying on track, and keeping an eye on every part of the enterprise, especially the all-important finances.

“I’m slowly getting better at being more organised,” he said. 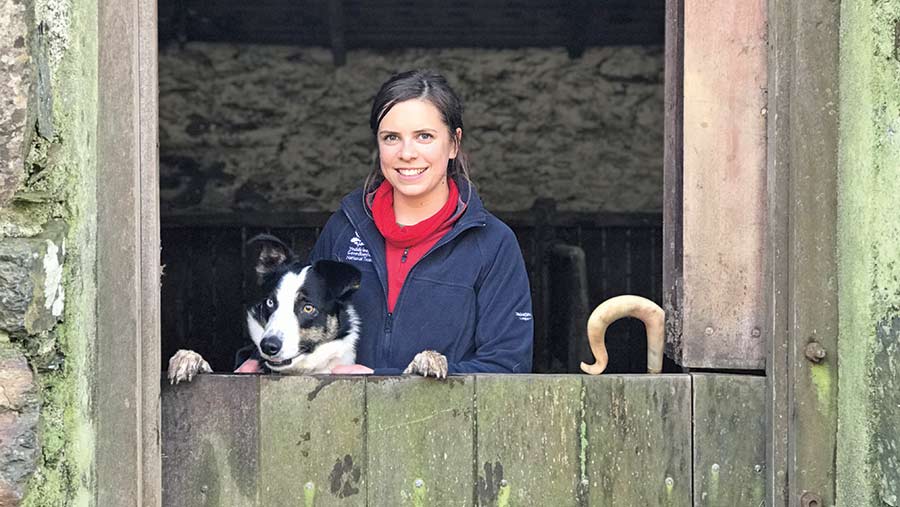 The annual Llyndy Isaf scholarship was set up in 2012 by the National Trust, in partnership with Wales Young Farmers Club, to help young farmers gain experience managing a beautiful, but challenging, farm.

Teleri Fielden became the fifth farming scholar at Llyndy Isaf in September 2017, but the first to be offered a three-year agreement.

Set in the heart of Snowdonia, difficult weather conditions and tricky terrain have added to Teleri’s personal tests of managing a farm for the first time and training her two-year-old sheepdog Roy.

Formerly of Powys, Teleri was not brought up on a farm but took on work experience in both England and France while completing an agricultural diploma in the Rhône-Alpes.

Determined to find a way into farming, and keen on conservation farming, the chance to manage a National Trust farm had huge appeal.

However, the main benefit was that the scholarship took away a lot of the barriers involved with trying to break into the industry.

“I didn’t need to take that giant financial leap of buying or renting a farm, and buying stock,” Teleri said. “I walked on to the already established farm with a wage and a management plan and off I went.”

The challenges have been considerable – the weather, lambing outside, gathering stock off the mountains, cracking the cryptic code of the local mart, and facing the uncertainty of Brexit and future trade.

“I’m still utterly in awe of the shepherds I work alongside, though I’d like to think I’m one of the team now and can hold my own,” she said.

“I’ve found it frustrating not being able to do things as easily or quickly as those who have grown up on a farm, but the struggle does make it immensely rewarding.”

Teleri has enjoyed learning alongside sheepdog Roy, getting tips from other shepherds and marking their progress.

The team at Hafod y Llan, another in-hand managed National Trust farm, has passed on a lot of advice and encouragement. 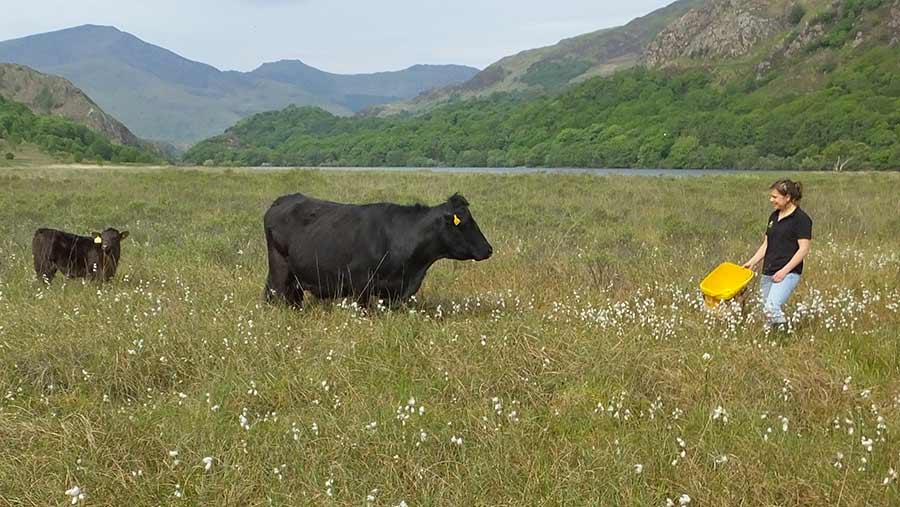 Now Teleri feels like she “lives and breathes” Llyndy Isaf and constantly has new ideas for adapting it.

This autumn she has trialled a Cheviot ram on half of the flock to get some larger lambs, the farm is transitioning to autumn calving, and Teleri is currently designing a handling system for the cattle sheds.

“Next I’d like to continue to improve my farming skills and knowledge, understand better what the consumer wants, trial different conservation farming methods, and stay involved in the policy side of farming,” she said.

“And learn to swear less at the sheepdog…”

What Teleri has learned