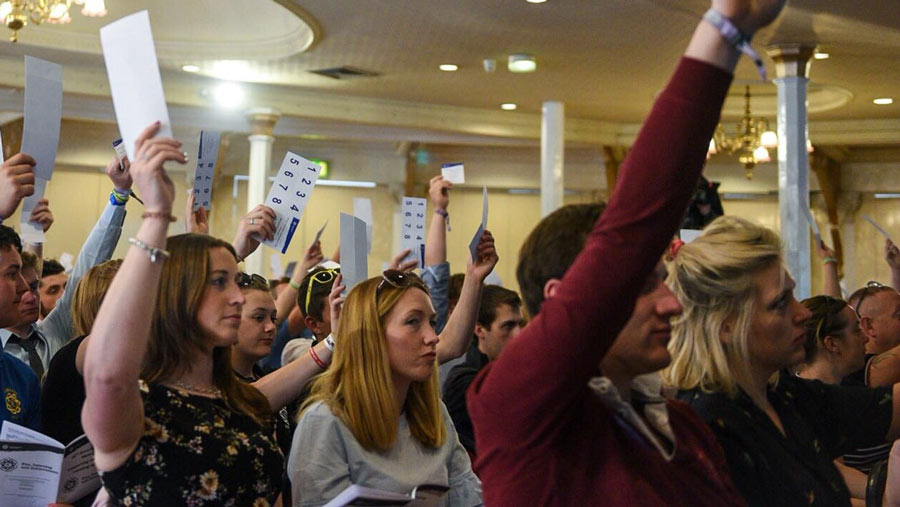 Young farmers in Yorkshire have threatened the National Federation of Young Farmers Club’s (NFYFC) top team with a vote of no confidence.

The move comes as a furious response to the national body’s decision to axe the much-loved Annual Convention back in August.

At a packed meeting last Thursday (20 September), distraught members of the Yorkshire Federation of Young Farmers Clubs voted unanimously to call for a vote of no confidence in NFYFC’s board of management.

Yorkshire Federation chairperson Kirsty Searby praised members for not making a knee-jerk reaction after the convention was cancelled indefinitely, following a number of serious anti-social behaviour incidents in Blackpool this May.

“Our members agreed that the convention format needs looking at but the anger came from the way the decision to cancel was made, with members left to learn about it second-hand via social media,” she said.

“National’s communication – or rather lack of it – has resulted in a massive feeling of resentment.”

The motion of no confidence will now be put forward at the NFYFC’s next council members meeting on 21 October, where representatives from all counties will be asked to vote on it.

Speaking to Farmers Weekly, an NFYFC spokesperson said: “If a YFC County Federation wishes to submit a vote of no confidence in the NFYFC board of management, the proposal must be submitted to NFYFC’s October council meeting and any decisions will be made by council members during that meeting.”

Farmers Weekly understands that the national board of management could be forced to step down if the no confidence motion is passed.

A new board would need to be appointed immediately, as the organisation is unable to operate without one.