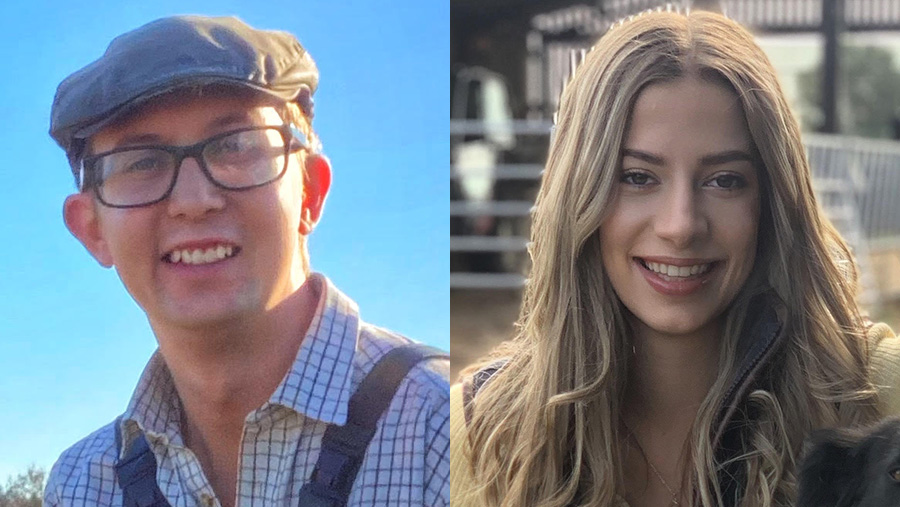 Thousands of farmers and members of the public tuned in to take part in the recent one-day “Future of Food and Agriculture” virtual event organised with popular science magazine New Scientist.

Featuring a range of sessions with audience participation, it was “an online event for everyone who cares what’s on their plate”.

Contributors from the farming sector were joined by scientists, tech experts, academics and others.

With the help of NFU’s Young Ambassadors, the event also highlighted the fact that agriculture is the most exciting place to be if you’re interested in applying the latest developments in science and technology to make a real difference to people’s lives.

We catch up with two Student & Young Farmer Ambassadors who took part.

Swapping a career as a chef for one in farming was a brave step for Karl, but the 25-year-old from Oxfordshire hasn’t looked back. 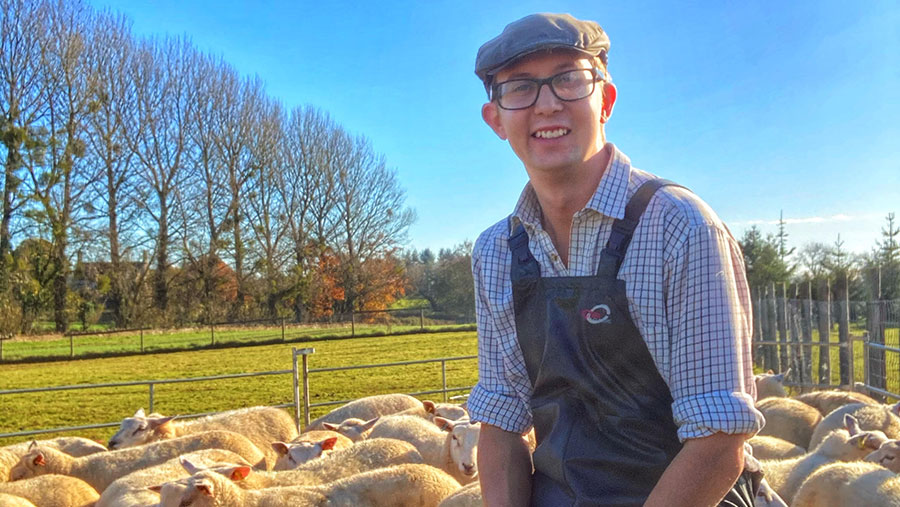 His only connection with agriculture had been the 5ha his grandparents own that he’d made hay from – until, five years ago, he decided to gear up his involvement.

“I spoke to someone to get some advice about buying sheep, and within a few days I had 12 store lambs. I fell in love with the industry and have been expanding ever since.”

Karl now runs his 40 store lambs and 42-head breeding flock in tandem with a gardening business.

“As I chef, I always had a boss to answer to. Now I work for myself and I love being outside.”

Challenges and triumphs
Karl was speaking at a session at The Future of Food and Agriculture event alongside fellow ambassador Lauren David, who is the ninth generation on the family farm in south Wales.

The pair compared the contrasting opportunities and challenges faced by two people from such different backgrounds.

“One of the messages I’m keen to get across is that you don’t need to come from a farming background to be in farming,” Karl says.

“If you’re hard-working and passionate, it doesn’t matter what your background is. You’re never too old to make a start, either.

“I’ve managed to get bits of grass that most people wouldn’t touch because they might be no bigger than a lawn – but you’ve got to start somewhere.

“The biggest challenge has been finding sheds and barns to put things in.”

As for his advice to other young people starting their farming journey? “Don’t be afraid to ask,” he says.

“There is no such thing as a stupid question. Talk to lots of different people, too – because on the whole they’ll want to help.”

“I hopefully have an appreciation of the whole food chain, all the way from the field to the fork.

“I appreciate how much customers want to know where their food comes from, that it’s local and that it’s responsibly produced.

“I understand what my consumer wants and I can talk to them as a farmer and a chef. I can advise them on the different cuts of meat and how best to cook them.

“My favourite dish is probably rolled leg of lamb – but I love anything with British lamb in it!”

His hope is that in five years’ time, half of his income will come from farming.

“But I’ll take each day as it comes and grab every opportunity that comes my way.”

The importance of education is one of the points that Josie Troop is keen to highlight during her year as an ambassador. 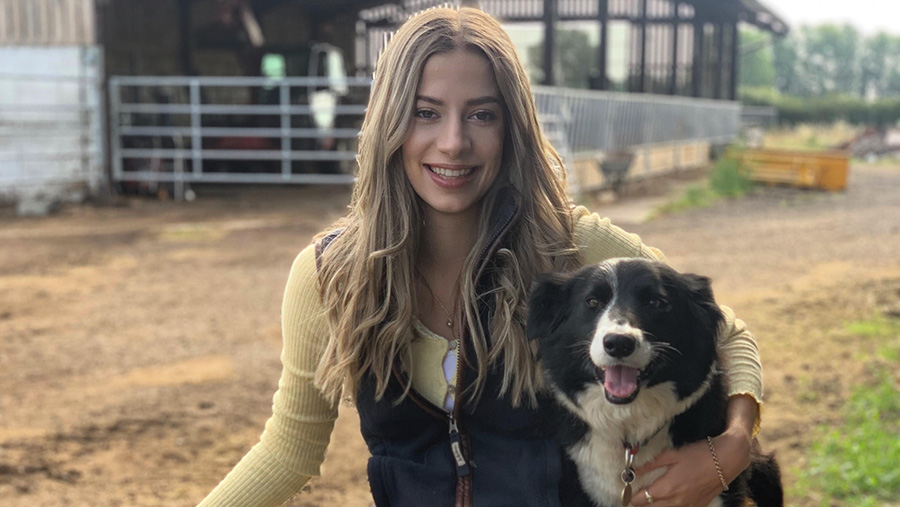 “Education shouldn’t stop when you leave school or college,” says the 22-year-old from Nottinghamshire.

“It’s a lifelong process and we can all constantly benefit from it.”

Josie says she had a “unique and unforgettable” educational experience at Harper Adams University studying a agri-food marketing with business degree.

“But I’ve always been an advocate for education, and this partly started during my time as a member of Young Farmers.

“It was also when I got involved in Young Farmers that I really saw how diverse the range of possible careers in agriculture were,” says Josie, who’s from a beef and arable family farm.

This is the second cohort of ambassadors representing the next generation of farmers for the NFU.

The 11 are drawn from every region of England and Wales, many sectors of the industry and have a range of academic backgrounds.

According to NFU president Minette Batters, they play a vital role in helping tell the incredible story of British farming at public events, in the media and on social media.

“This group of ambassadors will be representing British farming at a unique and critical point in time for our industry,” says Minette, highlighting the changes that will result from the new Agriculture Bill, Environment Bill and Trade Bill.

“From the start of 2021, UK agriculture is going to be finding its feet in a new world outside of the EU and we will need this next generation of farmers to be advocates, representing a bright and progressive future for farming.

“It’s great to see these young people already making their mark in the farming industry and reaching out to different audiences to share our back British farming message,” she says.

“Pre-Covid, I’d done quite a few talks in primary schools, too.

“I really like talking to kids and young people because they’re really inquisitive, not afraid to ask questions and sometimes get to the heart of the matter in a way young adults don’t.

“When you talk to them, you really get a sense of what matters to people.”

“Transparency in the food chain is a really hot topic at the moment,” says Josie.

“It’s been really encouraging to see all the support for farmers during the pandemic, but consumers definitely want to know more about where their food comes from and about farming generally.

“There’s been a real sea-change in farmers’ attitudes to this, too – they are opening up and becoming more transparent. They know they need to do it, but they also want to do it.

“This ties in with education. It’s important that children know, from a young age, where their food comes from, how much work is going into making that food and how cheap food adversely affects farmers.”

“Some people still think agriculture is a low-tech, low-skill business, but the opposite is true.

“It’s a brilliant place for ambitious science or engineering graduates to forge careers.

“Whether it’s advanced robotics, genetics, big-data analytics or artificial intelligence, agriculture is the place to be for anyone interested in applying the most exciting new developments to real-world problems.

“With so much changing, we need lots of talented new people to enter the industry to develop and implement all these exciting changes,” says Josie.

“Even though 2020 is a time of turmoil for everyone, there are so many opportunities, such a diverse range of roles in agriculture – everything from agronomy to retailing.

“Whether your specialism is sustainability or engineering, there is a job for you.”

The Future of Food and Agriculture team

These organisations worked with Farmers Weekly to create the Future of Food and Agriculture event.