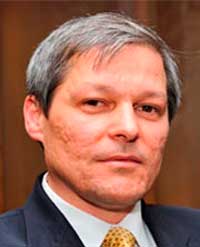 Dacian Cioloş has been confirmed as the new EU farm commissioner by the European Parliament.

Mr Cioloş, who will lead discussions about how the CAP should look after 2013, took office on Wednesday (10 Feb) replacing Mariann Fischer Boel.

The Romanian has said his main objectives are to deliver a CAP that delivers food security for consumers and a decent income for farmers.

Mr Cioloş has a strong farming background – he studied agriculture at university, worked on farms in Romania and France and served as Romania’s agriculture minister in 2008.