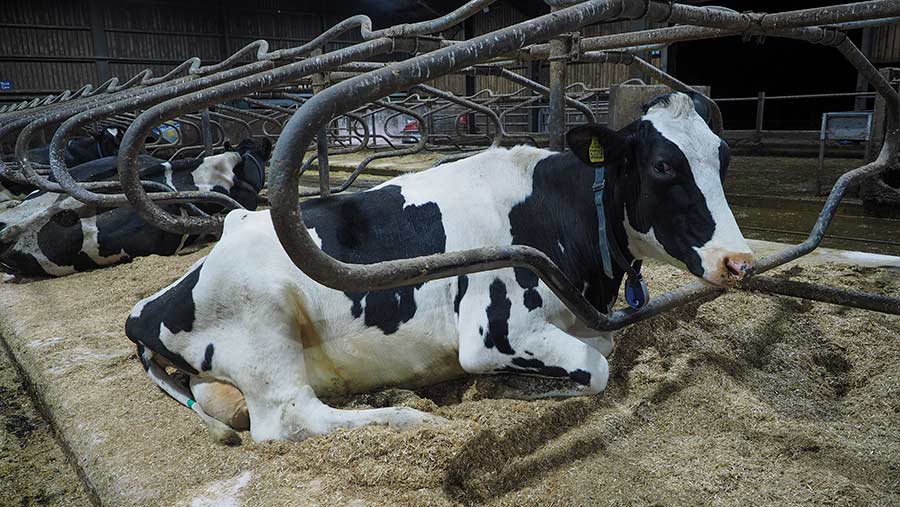 Improved environmental management, protocols and breeding for udder health have combined to help lower mastitis rates and antibiotics use.

However, farmers could make bigger strides with improved recording of mastitis infections.

The National Milk Records (NMR) 500 Report (see box on udder health improvements) highlights a median mastitis incidence of 28 cases in every 100 cows in 2020 – a reduction of eight cases a year from 2016. Somatic cell counts (SCC) have also declined.

Vet Charlie Neale from Shepton Vets says mastitis rates have reduced across the industry in the past decade.

But a range in performance between farms underlines the scope for improvement on some dairy farms. Across his practice, the lowest incidence is 1.5 cases for every 100 cows while the highest is more than 100%.

See also: 4 ways a robotic dairy got mastitis under control

The NMR 500 Report sets a target of 18 cases for every 100, but Mr Neale is quick to highlight the need to set farm-specific targets. Many farms will be able to achieve far lower, he says.

For every case of mastitis, he advises recording cow ID, quarter affected, first case or repeat in that quarter, stage of lactation, any historic SCC issue and treatment and withdrawal periods.

To help drive down mastitis rates further, he suggests looking at five areas.

Farmers are now less accepting of dirty cows and more aware of cow comfort. This is one reason mastitis rates have declined. Passageways have also tended to get wider, helping cow cleanliness. 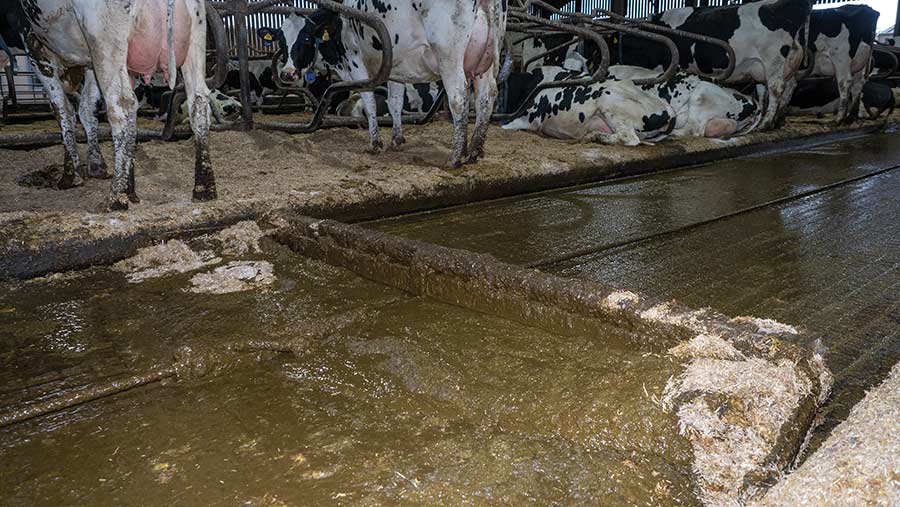 Use of teat sealants has reduced the incidence of mastitis in the dry period. However, the dry cow environment is one of the most variable areas Mr Neale sees on farm.

There’s much more diligence in the parlour, partly because of milk buyers’ requirements. Training and protocols have also improved. 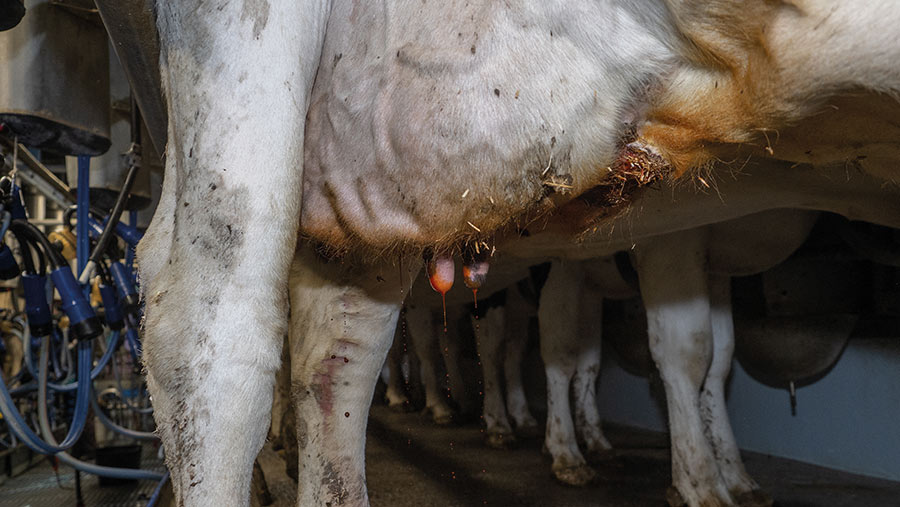 A big uptake of selective dry cow therapy has focused farmers’ attention on udder health and infusion technique at drying-off to avoid the introduction of bacteria.

The NMR 500 Report results are from a study of herd performance in 500 Holstein/Friesian, NMR-recorded herds for the year ending August 2020, carried out by the University of Reading.

Since 2016 a subset of the 500 herds has been included for analysis of mastitis incidence.

Only half of the 500 herds record sufficient mastitis incidence data in milk records for it to be used in the analysis.

On-farm mastitis bacterial cultures are grown, and antibiotics are only used on gram-positive bacteria that respond better.

No cows have been treated with antibiotics for mastitis since June.

Herd manager Bryan Carter and his team have focused on five areas, with support from vet Bibby Thomas at Shepton Vets: