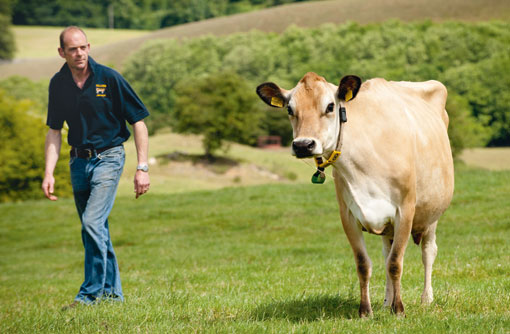 The overwhelming issue right now is the weather; all the talk of drought has brought on record rainfall and a wind chill. It was 3C on 29 April, so it will come as no surprise for you to hear that our cows are still inside. Apparently, according to family members, I was also warned about putting the heifers out.

This month we have mostly been odd jobbing. With most of the heifers outside, we have just been mucking buildings out and having a good old sort out of youngstock. Having had to buy in milkers at the end of last year, we are now in a position of having surplus heifers. Silage stocks are running a little low and we are having to buy in some big bales for younger heifers that are still in, to try and save clamp for milkers for buffering through summer.

We have been doing some routine foot trimming with a little bit of digital dermatitis kicking around at the end of winter. As part of our routine footcare, we footbath the cows twice weekly, once in formalin and once with copper sulphate. We are also hoping to catch up with some pregnancy scanning at the end of the month.