Read the Q&A with Mr Price and find out more about farm policy on rare breeds and why one farmer runs Traditional Herefords rather than the modern breed. 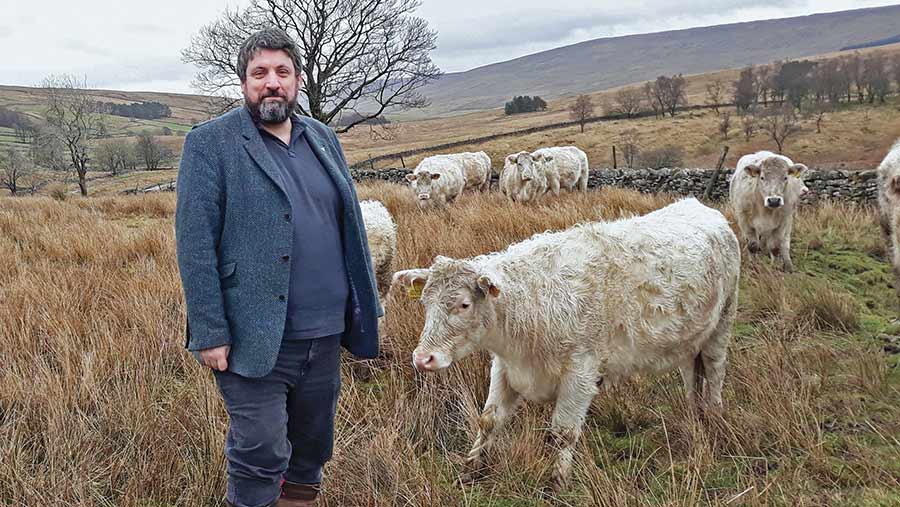 Rare breeds are often associated with enthusiasts or smallholders – what do they have to offer modern livestock farmers?

Anyone who cares about the countryside or the future of UK agriculture owes a huge debt to those enthusiasts and smallholders who stuck with our native breeds.

As a result of their dedication and tenacity nothing has become extinct since the early 1970s and so we still have these wonderful animals available to us.

This could be particularly significant in the years to come what with the increased threats from climate change and new diseases. The genetic diversity retained in our native breeds will provide some of the tools to meet these challenges.

Do rare breeds really have anything to offer larger production systems – or will it always be a niche sector?

There are clearly going to be challenges, after Brexit and the withdrawal of the basic payment, for farmers wanting to continue trading competitively on global commodity markets – particularly if meeting UK standards.

When the increasing concerns about meat consumption are factored in too, livestock production could look very different in just a few years’ time. That’s where we see an increasing role for native livestock breeds.

For many farmers, the future is going to be in lower input, lower volume, high value produce – particularly if it has a good story to tell. Native breeds farmed in the right place, at the right density, have a big role to play here for sustainable UK agriculture.

We expect working for native livestock to be more widely accepted as being commercially viable over the long term under a sustainable model.

The changes we are going to see in agriculture over the next few years should provide opportunities for native breed farmers, but government has a duty here to ensure that those farmers are ready for a more market-facing world.

That means investing in things such as skills training and infrastructure, abattoirs and the like.

Of course, some breeds will never have a significant economic use. But they still provide public benefits in terms of conservation grazing, biodiversity and enhancing the landscape.

They should be directly supported under the government’s forthcoming environmental land management scheme.

What are your aims as RBST chief executive over the next five years?

It’s more about the breeds than the RBST itself. They may have been saved from extinction, thankfully we are beyond any immediate risk now.

The challenge going forward is about restoring them to where they should be – at the heart of UK agriculture. That means working with industry to find markets to support native breeds where we can, and with government to support them where we cannot.

You’ve recently suggested that native breeds can encourage more sustainable farming. How so?

UK native livestock breeds are integral to a future for sustainable farming.

Their contribution to environmentally friendly food production, to habitat management, to landscape-scale restoration projects and the support of biodiversity, plus the resilience of the livestock sector to disease, are all things that need to be more widely recognised.

As always, marketing the end product will be important. Do you have any plans for an RBST food label?

The best way of raising RBST’s profile is by raising the profile of our native breeds. I don’t see another labelling initiative as the way forward though.

There are already too many of those. Instead we need to be ensuring that native breeds are at the centre of existing sustainable farming schemes.

There is a specific issue about the honesty of labelling. It should not be permissible to claim your produce is “pedigree native breed” when that breed only makes up a fraction of the actual product.

It misleads the consumer and does nothing to help the breed.

Showing or exhibiting rare breeds is popular too – but does maintaining a pedigree herd help or hinder their commercial viability?

We need to raise awareness of our native breeds among both producers and consumers, and showing them at the right events is an excellent way of doing so.

Prize winners may not always reflect commercial realities, but if we get a few more people thinking and talking about the breeds, that’s fine.

What single thing could policymakers do to improve prospects for rare breeds?

Keeping native breeds is becoming increasingly significant commercially and we need the infrastructure to reflect this.

In particular, abattoirs need to be able to cater for the special characteristics found in native breeds – the time they take to mature, the horns and thick coats.

Many producers make use of the offal or the hide as well as the meat, and so need to be able to recover it. In addition, many native breed producers operate on a small scale, keeping a variety of species and prizing high welfare standards.

A network consisting of a few large abattoirs processing a standardised single species cannot cope with this. The current model needs to change – and that won’t happen at sufficient speed without government encouragement.

In comments made before his reappointment as Defra minister by Boris Johnson this summer, Mr Eustice said UK native breeds were a public good, which should be supported post-Brexit by the government’s Agriculture Bill.

He said: “The genetic resources contained within rare and native breeds gives our livestock industry the ability to adapt to new challenges around disease and to changing approaches in livestock husbandry.

Defra already supports genetic diversity in crops through projects such as the Millennium Seed Bank, said Mr Eustice. He added: “It is time for diversity in farm animal genetics to be placed on the same footing and recognised and supported as a public good.”

Mr Eustice confirmed he had tabled two amendments to the Bill. The first changes makes specific mention of farmers managing livestock, as well as land and water. The second defines “natural heritage” as including biodiversity and genetic resources.

Taken together, the changes bring support for rare breeds and native breeds squarely within scope as a “public good” under the first clause of the Agriculture Bill.

Cattle embryos from the UK’s rare native cattle breeds – including the Irish Moiled, Albion and Native Aberdeen Angus – are being collected and stored in a gene bank.

The gene bank was created to ensure the right genetics remain available to recreate a breed in the event that it dies out. A full gene bank collection typically requires eight embryos at a combined cost of some £3,200.

The RBST is putting its fundraising efforts behind the programme under its Saving the Future Today campaign. Recreating a breed using embryos has enormous advantages over using stored semen, says field officer Richard Broad.

“Using artificial insemination from stored semen involves grading up over several generations before you arrive back as close as you can get to the original breed,” he explains.

“In contrast, by using embryos you can have pure-bred animals on the ground from the first generation. With sufficient embryos in store representing a diversity of bloodlines, this would give a project to recreate a breed a flying start and ensure its genetic integrity.” 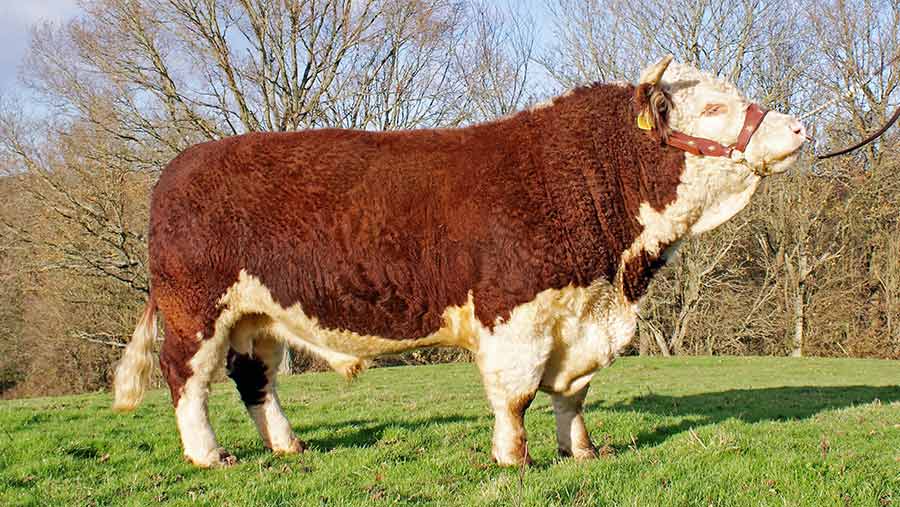 “We’ve been keeping Traditional Herefords for about 30 years,” he told Farmers Weekly. “They thrive on very ordinary pasture – not requiring any inputs or anything of that sort – and they are hardy, easy-to-handle, good at calving and have good mothering ability.”

All but six males are reared as steers and slaughtered at two years, with meat sold through Silcocks Farm Shop.

“A modern Hereford wouldn’t be suitable for us – it is made for a different purpose ,” says Mr Fenton. “They are too big to be a grazing animal for our sort of farm. Our cows average about 500-600kg, whereas a modern Hereford is about 800kg.

“An animal that size needs more maintenance, causes more damage to the land and the steers need more fattening. There are benefits and they have their place, of course, but it’s not the sort of system for us.”