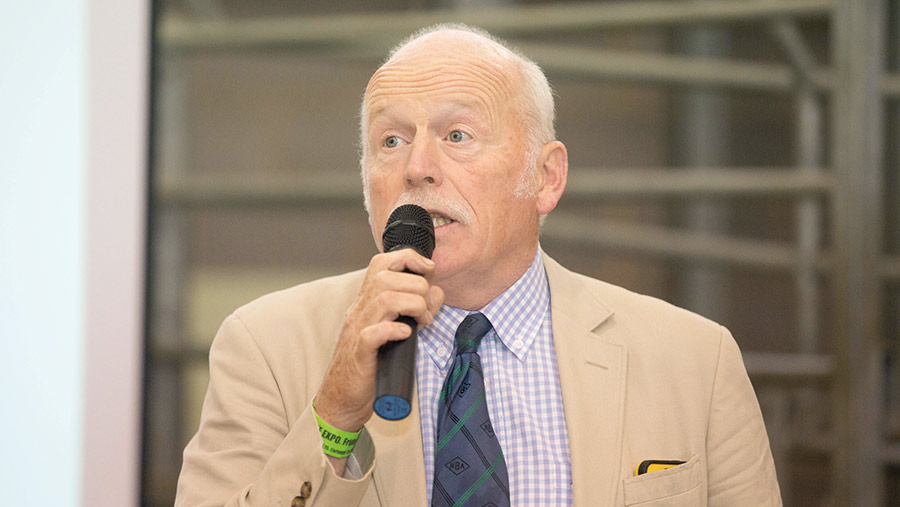 West Country beef farmer Bill Harper has resigned as South West chairman of the National Beef Association (NBA), blaming a lack of direction and communication of the organisation’s policies.

Mr Harper has held office in the NBA for 20 years, serving as a director, treasurer, Red Tractor representative and South West chairman. He had latterly held the post of chairman of the TB committee.

Mr Harper said the NBA lost £70,000 over the past couple of years and he called for an external review and major overhaul of the association.

He accused the NBA board of failing to face up to its financial responsibilities and said a lack of activity was contributing to a loss of members.

Mr Harper said the NBA had failed to develop a social media strategy to communicate effectively to members and had not kept up with regional meetings in Wales and the whole of England, apart from the South West.

“The members are not happy with the level of coverage and output from the NBA,” Mr Harper told Farmers Weekly. “If they are doing anything, the members certainly don’t know about it.”

On Monday (11 November), Mr Harper sent a lengthy email to NBA chief executive Chris Mallon, other NBA board members and the farming press outlining his reasons for standing down.

He said in all his years of service, he had “never seen the NBA so ineffective”.

Mr Harper said the NBA had three opportunities in recent weeks to put its members’ views forward on three important challenges, “as never before”, to the beef industry – but it had failed to do so.

The Tesco “anti-meat” advert, which features a father’s seven-year-old daughter giving up meat, needed a “really strong response explaining the nutritional requirements for protein, energy and minerals in a young child” and “the need to ensure that children eat a natural and balanced diet”, Mr Harper explained.

He also accused the NBA of making no attempt to hit back at cancer charities urging people to boycott meat in January for health reasons.

Mr Harper added that the NBA failed to communicate to its members the key points from a recent Efra (Environment, Food and Rural Affairs) committee meeting they attended.

“We are seeing a real split-level market place that should have been highlighted. By that I mean the current beef price is 320 p/kg deadweight, whereas integrated/scheme cattle, albeit mainly Angus, are being paid 380p/kg deadweight,” he explained.

“Our challenge is to decide how to advise our farmers on the risks of integrated production and how to assess the cost of production contracts.”

“I have had no help whatsoever in the last year [on bovine TB policy],” he added. “No consultation responses have been returned except by me.

“Despite repeated requests we have not got into Defra to discuss post four-year [badger] culling policy and a number of other issues, including Derbyshire, quarantine units, anergic cows and publishing the incredible results we have achieved with the culling work.”

But NBA chairman Andrew Laughton said he was disappointed at Mr Harper’s resignation and he accused him of spreading untruths about the NBA in public.

He added that he was “somewhat surprised that he felt it necessary at such a hard time for the beef sector, when everyone is working towards one common goal”.

However, the NBA thanked Mr Harper for his 20 years of hard work and support and wished him every success in his future ventures and the time he will now devote to his West Country beef brand, which it claimed was one of his main reasons for stepping down.

The NBA in its own words

The National Beef Association is a small organisation, funded by membership fees, with only three members of staff.

The resources available to the NBA are finite, and the association works as effectively as possible for members and the entire beef industry with its available resources.

The NBA works tirelessly and successfully in communicating with the media, attaining regular coverage in farming and mainstream publications, which is recognised by all board members.

This includes, but is not limited to, promoting beef as a healthy source of protein, promoting the sustainable production of British beef, calling for support for beef producers in a difficult market and responding to negative and damaging coverage in the mainstream media, as well as sharing this work and activity with its valued members.

A weekly newsletter is circulated to all NBA members, detailing relevant industry news and information, as well as providing updates on activity undertaken on behalf of members.

This activity, including the recent Efra committee inquiry and other similar industry events, as well as media coverage, is also frequently communicated with members and other stakeholders through social media, which is public for all to see.

The NBA Beef Expo event continues to go from strength to strength and the National Beef Association looks forward to another successful event in 2020, which is to take place at the new Darlington Farmers Auction Mart.