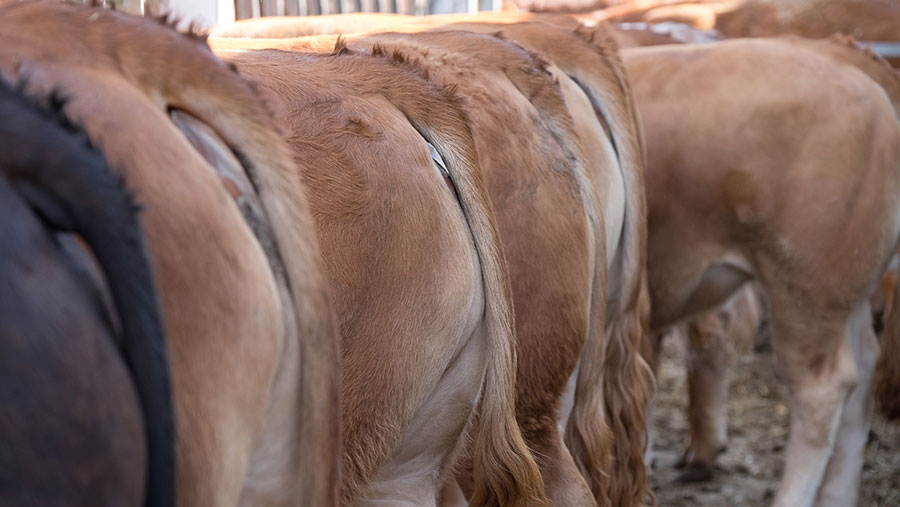 Speaking to the BBC, he dubbed the UK’s current farming system “very inefficient and in need of very significant transformation”.

Professor Boyd, who held the Defra post from 2012 until earlier this year, suggested that intensive high-tech cattle and sheep rearing systems were more carbon-efficient than traditional, extensive pasture-based ones and called for a change in the nation’s red meat eating habits.

“All the evidence tells us that intensive farming done well is much more environmentally friendly than extensive farming,” he said.

NFU Cymru president John Davies said he “fundamentally disagreed” with that assessment and that extensive grass and clover-based systems were synonymous with producing high quality protein.

“I see these systems becoming even more crucial in ensuring we meet our aspiration of being the most climate-friendly farmers in the world,” he said.

65% of UK farmland is only suitable to graze cattle, reared to produce tasty food. British beef has a greenhouse gas footprint 2.5 times lower than the rest of the world. British farmers are proud to drive solutions to #climatechange and are working to achieve #netzero by 2040. pic.twitter.com/x0PbYpE5KG

Mr Davies pointed to research from the UN showing that beef production in western Europe was 2.5 times more carbon-efficient than the global average.

“Our aspiration to reach net zero greenhouse gas emissions for agriculture by 2040 is just one statement of our commitment to addressing the big global challenges we all face,” he said.

“This will require a portfolio of policies and practices all working in combination, and making our livestock systems more productive and efficient is key, alongside maintaining and enhancing carbon storage in our farmed environment – grassland, hedgerows and trees; and, boosting renewable energy and the bio-economy to avoid greenhouse gas emissions from fossil fuels.”

He added: “We are also clear that we will not halt climate change by limiting Welsh food production and off-shoring it to countries across the world, which may not have the same environmental conscience or ambition to reduce their climate impact.

“Welsh agriculture contributes 12% to Wales’ total emissions and we absolutely recognise the contribution we have to make in tackling climate change, at the same time as providing safe, high-quality, affordable food for society, and underpinning the Welsh food and drink sector which is Wales’s biggest employer.”

According to the National Beef Association (NBA), farmers are “used as a scapegoat for climate change issues”.

“Two thirds of UK farmland is grass and a huge percentage of this isn’t able to be cultivated,” an NBA spokesperson said.

“Using grass to feed livestock when it can be used for nothing else makes more sense than importing beef (or soya) from where rainforests once stood.

“It is illogical to import beef that has been produced intensively and caused severe environmental damage, such as that seen in South America, when we can turn grass on land that couldn’t be used to grow crops into a nutritional, sustainable, more environmentally friendly protein source.

The spokesperson added: “Organic matter from livestock production is much needed in depleted soils, and has a valuable use in arable crop production, driving us to be less reliant on chemical fertiliser.

“There is room for both indoor and outdoor systems, both of which demonstrate higher welfare than other countries.”

Research is increasingly showing the health and environmental benefits of extensive grass-based livestock production, said the National Sheep Association (NSA).
Its chief executive Phil Stocker said: “The public is getting caught in a crossfire of conflicting information, but by taking the debate to a grass roots level and giving consumers the facts and right to choose, sustainable agriculture involving grazing animals will win out. Now is the time to recognise that sheep can pay an active role in helping to heal the climate when kept in a balanced and considered environment.
He added: “Professor Boyd may be an eminent scientist, but our view is that he still doesn’t understand the difference between a natural carbon cycle involving grazing animals, and that of a carbon cycle based on releasing carbon from fossil fuels.
“He is falling into the trap of looking at carbon and climate change in isolation and not considering the multi-functional expectations that society has from land, such as naturally produced and nutrient dense food, and wildlife species recovery.”
See more
Share this