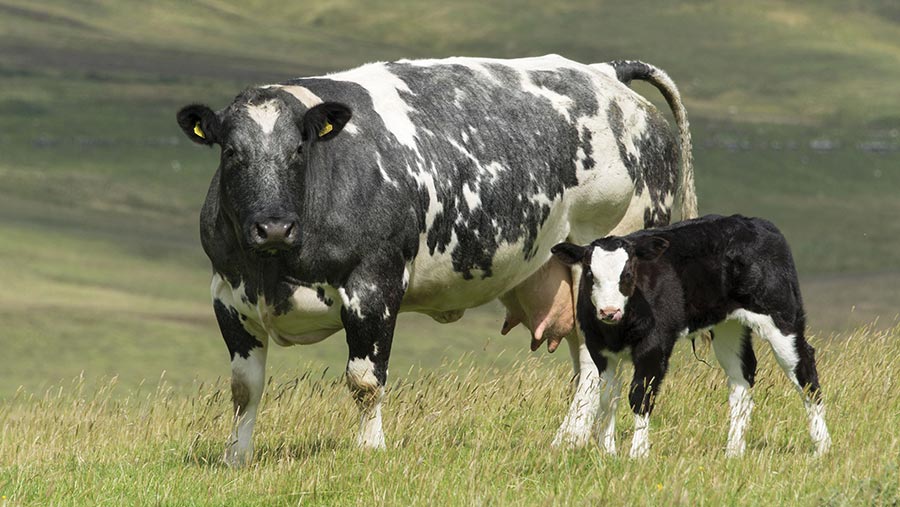 The idea is included in a National Beef Association (NBA) report, which says it would cut the sector’s carbon footprint and streamline production.

Some farmers support the plan, saying it would boost productivity while helping agriculture meet net-zero targets.

But other producers say it would discourage the uptake of less intensive, regenerative farming practices (see case studies, below).

NBA chief executive Neil Shand said removing older animals would free up land and feed, which could then be used to increase the national beef breeding herd.

A larger, lower-cost herd, with a lower carbon footprint, would be better able to compete with beef imports, he said.

Case study: ‘Proposals are too simplistic’

Shropshire beef farmer James Evans, who produces steers and heifers at 24-28 months for ABP, farm shops and butchers, says the proposals are “too simplistic”. 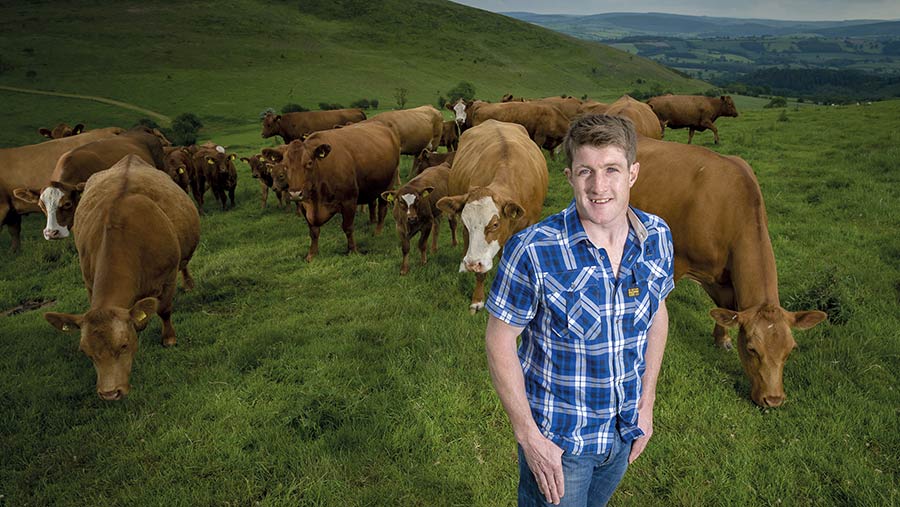 Mr Evans runs 400 Stabiliser cows in the village of Linley. Raised organically, cattle are outside all year on a diet of forage alone.

Many customers want older animals at slaughter because they say it improves eating quality, he says.

“It’s too simplistic just to say age to slaughter is one of the biggest caveats of reducing carbon footprint of beef.

“It doesn’t take into account production methods. For every kilo of beef we produce, we sequester 18kg of carbon.”

The NBA wants a change in rules that define animals as prime cattle between 12 and 30 months – and as veal up until that age range.

Outlets for veal are limited in the UK and, in practice, farmers are holding back finished cattle until they reach prime cattle status.

Mr Shand said this was wasteful and costly in terms of greenhouse gases.

At the opposite end of the production phase, about 25,000 beef cattle could be finished between 10 and 12 months old (see table below).

Dr Capper said removing these cattle would have a number of benefits.

This has more than doubled to 9.5kg/day by the time the animal is 31 months old.

This could allow an increase in the breeding herd – producing an extra 10,508t of prime British beef without raising the carbon output.

The NBA says the plan would generate extra revenue for beef farmers through increased sales and costs savings worth tens of millions of pounds each year.

The additional beef could substitute imports from countries in South America, which have some of the highest production emissions in the world, said Dr Capper.

Certain production systems would be excluded – for example, cull cows and herds on conservation ground or using rare breeds.

But Dr Capper said it could be applied to other herds, which could adapt to market stock earlier. 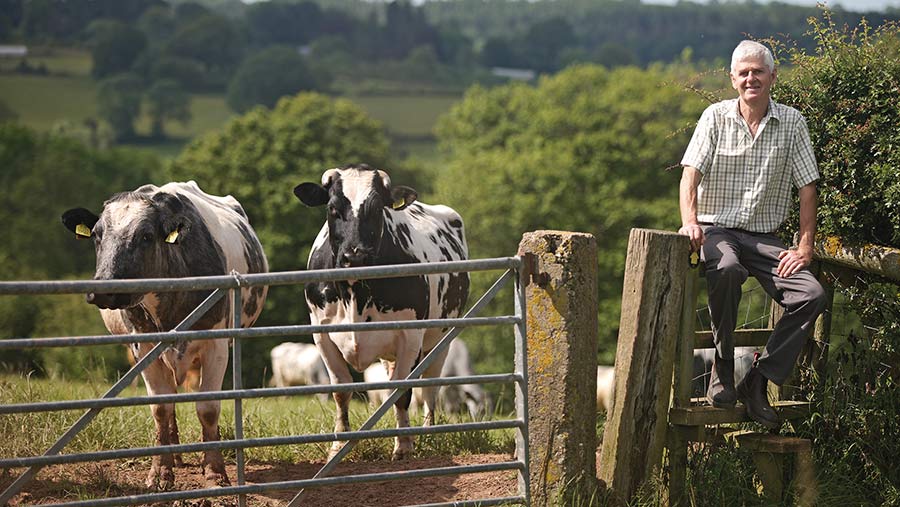 Belgian Blue cross dairy-cross cows are mated to Blonde and Limousin sires and finished indoors after weaning, with finished progeny sold to ABP.

Better genetics, improved nutrition and management means many bulls are now ready to sell before they are 12 months old, said Mr Thomas.

But he must currently retain them until they reach their first birthday to sell them as prime cattle.

Any animals more than 400kg incur hefty penalties of 5-50p/kg.

Mr Thomas said he has already lost £1,117 on spring-born bulls that were overweight this year – and predicted six of his autumn-born bulls will also be overweight.

Extra costs for feeding and housing these animals also have to be incurred.